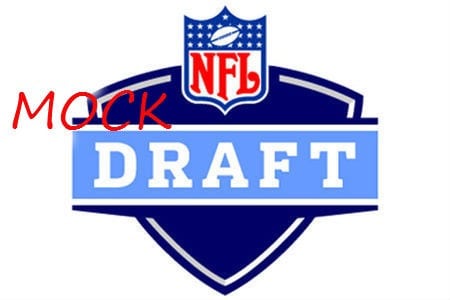 It’s draft week and this will be my last Mock Draft before the “real” NFL Draft. And before we get into my predictions we have to address the Ezekiel Elliott “rumors” as they relate to the Miami Dolphins. Will Miami trade up for him is the hot rumor out there. I said last week I would be stunned if Miami traded up for him. And in reality I would be, but this week after all of the rumors out there I would be far less stunned. I have always lived by the saying, where there is enough smoke there is usually fire. But here is the big question, how high will Miami go to get him? Everyone says if Elliott falls past Dallas at 4 he will end up at 8 for sure. I’m not sure I buy that. Why wouldn’t Jacksonville take him at #5? I mean the Jags are so scary good at the RB position? If Elliott is so talented why would they pass on him and help out Blake Bortles their QB? Same with the Ravens at #6. Not like they are loaded at the RB position. You can’t have it both ways that Elliott is some all time great player at RB and a sure fire can’t miss player, then on the other hand think teams who are just average at the RB position will all pass on him.

So will Miami trade up to get him, who the heck knows. And if you read any “fan site” journalist who says they have “inside info”….please. Don’t buy it they are making it up to get hits on their website. Hell the real journalists who get paid to cover the NFL don’t have inside info, yet some kid playing journalist in his house does? Common sense isn’t common to everybody so be careful of what you read and believe this week.

Ok, so some small changes to my MOCK that I put out last week. I don’t think Ifredi will last to Rd 2, he is a hot player and will probably go late round 1 to a team like Carolina or Denver. So a little shake up with this version of my 4 round Mock Draft.

I’m sticking with Eli Apple here as I believe the Fins won’t be able to trade up for Elliott (even if they want too) and because of the depth at DE and CB no team will be in a rush to trade up to 13 and the Fins will be stuck having to pick for need. Just like they were forced to pick for need two years ago and took Ja’wuan James because they had literally nobody on their roster who was competent to start at right tackle that year. This situation is similar, just with a better player with better upside. A redshirt sophomore who has all the talent in the world. Everyone talks about Jalen Ramsey and how great he is, well if Apple stayed in college for 1 more year, then a year from now he would be a Top 5 pick and being talked about as the “Jalen Ramsey of the 2017 draft.” Apple has the size and speed Vance Joseph loves. He has the size and speed that you need to be an elite CB in the NFL in this era. Eli Apple has it all. The best part about Apple is that he is an ascending player and we haven’t seen his best football yet. As I said above, if a team like Miami is in the mindset that this is a 2 year rebuild job (and from chatter I am hearing they understand that) then you take Apple at #13, he will take his lumps this year at times, but in a year you might have a young elite CB on your hands who is ready to dominate. Will he be a day 1 starter; yes…but he will struggle at times this year and you have to accept that and have patience. Reminds me a little of the Olivier Vernon pick in 2012. Vernon left college early and fell to Round 3. If Vernon stayed in school one more year he was a lock 1st round draft pick the next year and a top 15 pick according to many. Apple came out early and will fall to middle or late Round 1. If he stayed in school he was a Top 5 pick. Miami will think big picture here and understand the value they get with Apple even if it means he struggles in year 1 some. The kid has all of the measurables and Miami has a huge need at CB its an easy pick to make. 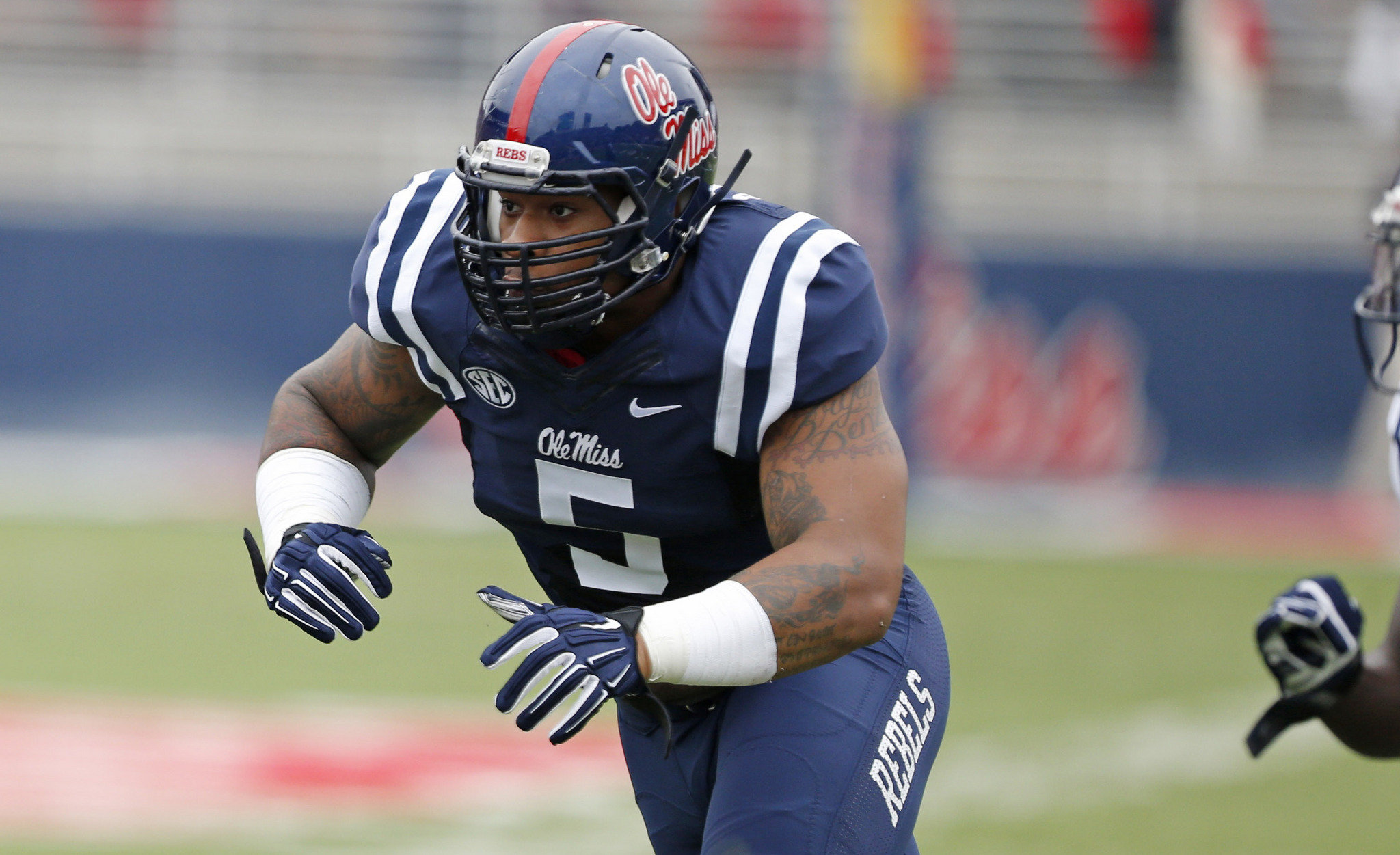 This kid has the talent to be a first round pick but the off the field issues around him will scare teams off and cause him to free fall. Dallas was burned last year by Randy Gregory who turned out to be what everyone thought he would be. A head case who is now suspended for the first 4 games of the 2016 season. Nkemdiche is cut from the same cloth in that he has off the field issues (and a brother who drags him down as he is always in trouble with the law) From a pure football stand point Nkemdiche can play both DE or DT. He has all the physical tools but is a bit lazy and hasn’t reached his full potential. Sounds a lot like last years 2nd round pick Jordan Phillips for the Dolphins. Dolphins new defensive line coach Jim Washburn is no-nonsense and will probably get the most potential out of Nkemdiche out of any coach in the league. In round 1 Nkemdiche is a huge risk for many if not all teams. Yet, come round 2 if you feel the kid is serious about being an NFL player and can clean up his act, the risk is less and you get a first round talent in the early 2nd round. For a team that is void of talent like Miami it is a risk worth taking. He is a total boom or bust pick but if it is a boom it’s a huge upside. And a risk I think is worth taking. He is also compared a lot in his build, strength, play and size to Ndamukong Suh. If he can get his head on straight he could be while not the second coming of Suh but a “mini-me” of Suh and a very similar player. 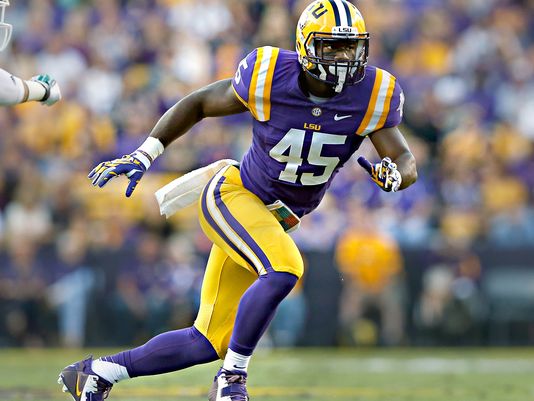 3rd Round, Pick #73–The Miami Dolphins select Deion Jones, OLB/LSU
Speed, Speed, Speed. Jones is an athletic freak who was a 1 year wonder at LSU. The Dolphins defense is old and slow. They need to add speed and get much more athletic, especially in the front 7. Jones is an undersized “WILL” linebacker who will need a year or two in an NFL workout program to build up his frame some but you can’t mistake the kid’s ability and speed.  Year one this kid is a special teams beast and a 3rd down linebacker who can cover. In year 2 and 3 you will work him into being a starter after he gets more playing time. The fact he was a 1 year wonder at LSU is a bit misleading. Yes, until his senior season he didn’t play much or do anything. Why you ask, because all the guys in front of him on the depth chart at LSU were all NFL players (all still in the league) so the kid was buried on the depth chart for being behind great players. Can’t knock him too much for that. But when he did start in 2015 he was an amazing linebacker for LSU. This defense needs some youth, some speed, some guys who can move and make plays in space. Jones is the perfect fit for this defense and someone who’s best football is ahead of him. Yes, again, Miami much show patience as Jones in year 1 won’t give this team much of an impact on defense and will be a special teams player only really.

I spoke about Jordan Howard over the weekend and how I think he is a perfect fit for Miami and in Rd 4 it’s good value. He compares a lot to Arian Foster and has a similar running style. He also compares to Foster in that Howard has some injury history. Miami is looking at Howard to split time and not be a featured back.  But if Jay Ajai were to go down Howard could step up and carry the workload as he has that experience from his college days where he was Indiana’s offense. Howard has big games vs big teams in the Big 10 and was very productive. The injury history is concerning but in Round 4 you roll the dice and it gives Miami a young back to pair with Ajai for the 2016 season.

So that’s it, my 2nd and final mock draft. It should be a wild and crazy Thursday night and at this point nothing would shock me when it comes to the Fins. 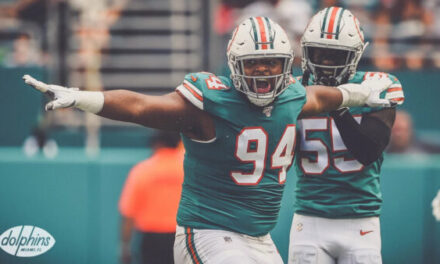 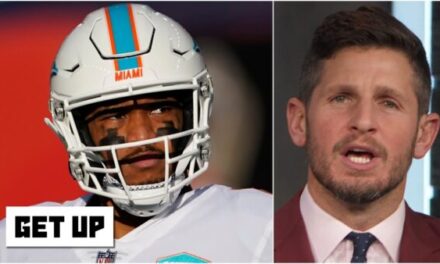 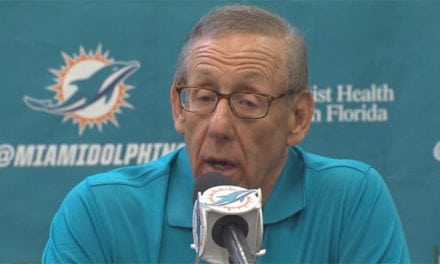