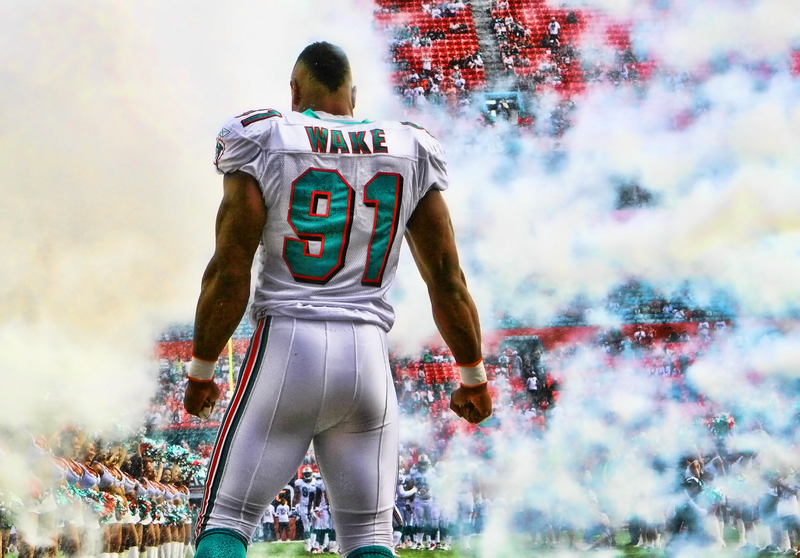 Cam Wake and the Miami Dolphins agreed on a 2 year contract extension worth $15 million with $10 million guaranteed according to ESPN’s Adam Schefter. They Dolphins have wanted to lower Wake’s salary cap number all offseason and they finally got their wish today with this extension.

For Wake this means he will most likely retire a member of the Miami Dolphins as he is currently 34 years old and in the twilight of his career. For Miami this helps create some cap space for the team to pursue players come May 12th such as cornerback Leon Hall (who Omar Kelly is reporting Miami is interested in visiting with) and defensive end Jason Jones (who has made two visits to Miami and one before the draft.)

Wake at 34 and coming off a major injury is still likely to start the season on the PUP list and will likely miss the first 6 games of the 2016 season (despite what Vance Joseph said this week), but he is a veteran presence who when healthy even at his advanced age can still be a capable part-time player and role player for this team. Wake’s days as an every down defensive end are long behind him at 34 and coming off this serious injury. But as a situational pass rusher even at 34 he could produce in that role and give the team 5 to 7 sacks next season. The injury Cam sustained is very severe and he will have a long road back to get on the field. I wouldn’t expect to see the Cam Wake of old but I think if the Dolphins use him correctly he could be a valuable asset.

The Dolphins lost Olivier Vernon and Derrick Shelby and replaced them with Mario Williams and Andre Branch. They fact the Dolphins are still talking to Jason Jones a solid NFL veteran with experience tells you they need to add depth to the position because Wake can no longer be counted on as an every down player and the team has no idea when Wake will be able to play this year. Safe bet is we see Cam Wake suited up in mid to late October.