What I saw in the preseason game vs Dallas last week was that the Dolphins offensive line will be heads and shoulders better this upcoming year than it was last year. Now, assuming Mike Pouncey doesn’t miss more than just one regular season game and no other starter suffers a season ending injury, what we saw last week was an offensive line unit that kept defenders off Ryan Tannehill and gave him time to throw. (I am also assuming that Jermon Bushrod wins the starting RG spot as I think he showed more promise at guard in 2 quarters than Turner and Thomas have showed in 2+ years)

Yes its just the preseason but it was clear as day that when Dallas Thomas and Billy Turner were replaced with Laremy Tunsil and Jermon Bushrod guess what, Ryan Tannehill had a clean pocket to make throws. And make throws he did leading two touchdown drives and third touchdown drive would have happened if Jordan Cameron didn’t drop an easy very catch-able ball.

The Dolphins fixed their guard problem on the offensive line by removing them totally and starting 4 offensive tackles around a center. Guard problem solved, we don’t play no guards. Who needs stinkin guards?!

Branden Albert, Laremy Tunsil, Jermon Bushrod, and JuWuan James…4 offensive tackles, 2 pro bowlers, 3 guys who were picked in Round 1 of the NFL draft. Those 4 next to a pro bowl center and Ryan Tannehill will have all day to throw in 2016. Offensive Tackles are pass blockers first and foremost and the Dolphins have 4 elite (yes I said elite) pass blockers with that group.

Now, the downside here is the run blocking might be utter garbage. Not one of those 4 are known for their run blocking and two of which (Tunsil and Bushrod) are trying to run block from a new position they are just learning. But there are ways around this problem and I will give some examples.

1) The Dolphins must utilize their “12 Personnel” formation on offense a lot this year. They must get Dion  Simms who is a beast of a run blocker on the field with Jordan Cameron at the same time with a two tight end-one RB set. Adding two more blockers on the offensive line but eligible receivers as well will prevent teams from loading up with 8 or 9 in the box since the two tight ends have to be accounted for in the passing game. This will make it easier for the poor run blocking offensive line to block and create space for the running back.

2) Sub in Billy Turner for Bushrod on obvious running downs. Yes the Dolphins want to play fast and huddle as little as possible, but when you have a 3rd and 1 or 3rd and 2 and you want to just ram it in there and run it up the gut, sub in Turner for a few plays. Yes it sounds too obvious, and its telegraphing, but sometimes you just need to keep it simple.  Turner’s issues aren’t with run blocking it’s just that he can’t be trusted in the passing game and he has gotten Tannehill killed one too many times.

With all of this said, I am fine with this offensive line heading into 2016 because they will give Tannehill time to pass the ball. If you give Tannehill time with this group of WR’s I think the Fins will score points and lots of them this year. The NFL is an offensive league and even above that its a Pass-Happy league. Pass blocking is first and foremost for any offensive line unit. If you can keep your quarterback upright and un-touched so he can get the ball in the hands of fast and dangerous WR’s, you will in this league and win consistently.

If this offensive line unit can’t run block at a high level, I can live with it and as I stated there are ways around that. Through creative personal groupings and play calling. You can’t hide poor pass blocking, but you can hide poor run blocking on the offensive line.

So sleep well Dolphins fans heading into the 2016 season. The offensive line unit looks to be fixed. Spend your time worrying about other matters with this roster. Like how the cornerback position is a mess and how we all hope Tony Lippet graduated and got a degree from Michigan St so he has something to fall back on. 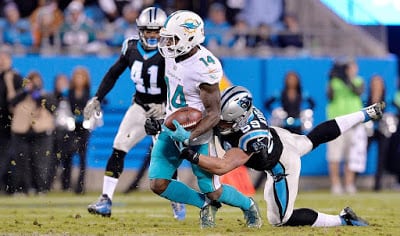 Rapid Takeaways from Dolphins vs Titans 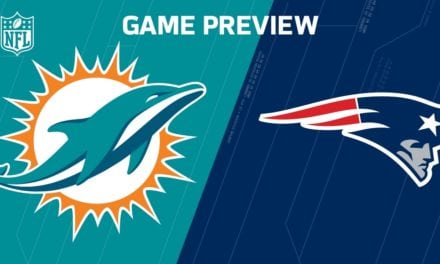