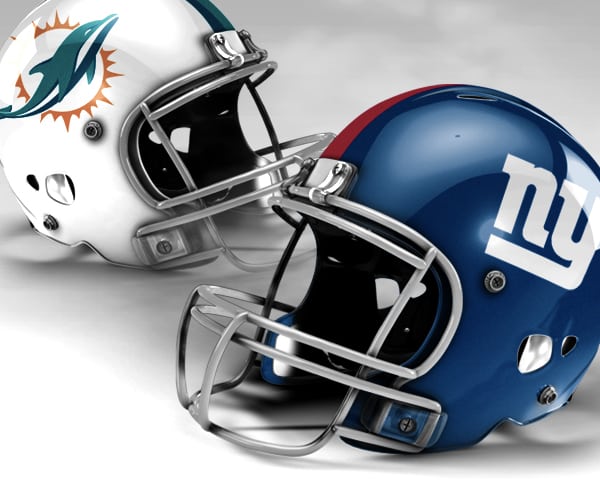 Miami officially kicks off their season tomorrow with preseason game number one against the NY Giants. If I have learned anything over the years it is that put nothing, and I mean absolutely nothing, into preseason stats or game results. There is no game planning, no scheming, and the games are played the majority of the time by guys who will be slicing meat at your local deli in a couple weeks. And when the starters are on the field, they flat out are just trying not to get hurt.

And we can look back just to last year as proof of this. The entire preseason the Dolphins defensive line was dominate and racking up sacks play after play in practice and preseason games. Hell, they had a joint practice with the Carolina Panthers where the Panthers coaches had to tell the Dolphins coaching staff to pull back a little they weren’t getting any work in because our defensive line was just blowing them up every play. Well, how did that turn out in 2015? When the games counted “FOR REAL” the Panthers went 15-1 and made the Super Bowl. The Dolphins were a punching bag for every other team in the NFL and their head coach was fired early in the season. Oh and by the way, once the games counted for real every team blocked Miami’s defensive line with ease last year. So again, the preseason showed us and taught us nothing.

With that disclaimer out of the way the one thing, and probably the only thing, these games are good for is finding diamonds in the rough. The undrafted guys who step up and make plays or the second and third year guys who are looking to earn a bigger spot in the playing rotation. Guys who can win a roster spot as a back-up and show potential that maybe in a year or two could be a solid contributor. And to find that guy who is going to go from being a back-up to maybe fighting for a starting position. So, who should we be looking out for starting tomorrow night?
﻿

Neville Hewitt–Undrafted free agent last year who got on the field in games that mattered and made some plays at times. It’s not out of the realm of possibilities that Hewitt could win a starting job over Misi or Jenkins. Hewitt has seen first team reps in practice this past week and a strong preseason and he could win a starting job. Hewitt could put the world on notice tomorrow night that he is a real NFL player who deserves much more playing time in this league. And the guys in front of him on the depth chart aren’t world beaters by any means.

Tony Lippett/Bobby McCain–The Dolphins secondary (specifically) the cornerback position is a dumpster fire. After Bryon Maxwell they have literally nobody I would trust to see significant playing time at all. Lippett and McCain both are second year players who are going to have to play a lot this year come September just because they are the best of a bad bunch on this roster at their position. I would think both Lippett and McCain will get a lot of playing time this preseason and will need to play well to prevent the Fins from going “dumpster diving” in a few weeks when cuts start to be made around the league. If Lippett/McCain want to stop the Fins front office from going looking for CB leftovers of other teams who get discarded, they need to play well and it starts tomorrow night.

﻿
Dallas Thomas/Billy Turner–To me this is the end of the road for Dallas Thomas. I know, I know every day in practice he is getting snaps with the first team and his contract is pretty cheap. But I think Thomas is only getting first team reps because the coaches are giving him a final chance to prove he can do anything in this league. Dallas Thomas has always shined in practices and training camps, but when the games get real, he comes up small. Classic case of looks like Tarzan, plays like Jane. A bad preseason by Thomas and he will get the pink slip in a few weeks.  In regards to Billy Turner, it looks like he is the favorite to win the starting right guard spot at the moment. Bushrod is having a hard time moving to guard still and that transition is going poorly, Turner is the best RG on the roster at the moment and needs to play like it. A solid preseason will lock up a starting position for him. A bad preseason for Turner and a year form now Turner will be in the same boat Thomas is currently.

Peter King Podcast: Miami’s moves are the Future of the Draft 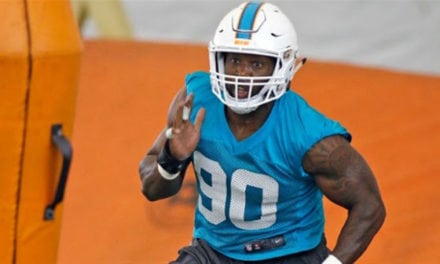