The Dolphins are 1-3 heading into a Week 5 match-up with the Titans. Most of America and most rational people thought Miami would be 1-3 at this point. Losses on the road to Seattle, New England, and Cincinnati who are three Super Bowl contenders and have been in recent years isn’t shocking. What is shocking is how Miami has looked at times this season. They have played halves where the offense has done nothing and halves where the offense has looked great. They have played games where the defense was amazing and games where the defense couldn’t stop anyone.

Tomorrows game against the Titans though will tell us about the rest of the season. Is this Dolphins team just unlucky and caught a terrible break with the September schedule or can this team put it together and look like a solid football team vs an equal level team. If Miami comes out tomorrow and plays a stinker and loses to the Titans, it is the beginning of the end of the 2016 season and it might turn real ugly real fast.

First and foremost not having Xavian Howard for 3-6 weeks is a killer for the Dolphins. The only cornerback on the Dolphins roster who is starting caliber and has any talent or future in this league is Howard. With the Dolphins now forced to start Bryon Maxwell (who doesn’t seem interested in his NFL career or level of play) and Tony Lippett (who isn’t an arena league caliber player) the secondary could get picked apart badly in the next month or more. The defense at times has played well this year we must be fair. Against Seattle they were very good until the final drive and vs Cincinnati aside from Tony Lippett the other 10 guys on the field held their own and played well. Take Howard out of the equation and this secondary could get torched weekly.

On offense is the real story though with the rest of the season and here is where it could get even uglier. Adam Gase was brought in to fix the Dolphins offense either with or without Ryan Tannehill. While I am in the camp that not all things wrong start and end with Tannehill, how Tannehill plays these last 12 games will give us insight on his future and the future of Adam Gase long-term in Miami.

If you want to break down the stats, I know people will find this hard to believe, but Tannehill is on pace for his best season ever statistically. Through the first 4 games of 2016 his pass attempts are down, but he has the most passing yards through the first 4 games than in any year his previous in his career. Also his yards per completion is up almost over 1.5 full yard this season. Less passes, more yards….that’s good! I know people don’t like to do a deep dive into the numbers and only look at things on the surface. Good or bad, win or lose…but when you do deep dive you do start to find trends. Now, maybe these trends end or maybe they continue, we will have to wait and see.

The point I am making though is these last 12 games, if the Dolphins lose but Tannehill plays well I hate to break it to everyone but Tannehill won’t be going anywhere. If Miami is losing games 41-37 each week or 30-27 then the offense is clearly doing something right and the issues would be glaring on the defense. Now of course if Miami is losing 24-10 or 27-3 then yes it would be time to pull the plug on Tannehill and go in a different direction in 2017.  Point being Miami can lose a lot the rest of the way and it won’t mean Tannehill is gone come 2017. It goes beyond winning and losing and how they are losing.

-DeVante Parker went public and said he is one of the best WR’s in the NFL. Can he play more than like 2 or 3 games in a row without getting hurt before making such a grand proclamation? Talk is cheap.

-Mike Pouncey may play this week it’s a game time decision. Pouncey is an elite center but the injuries have really derailed his career. If the injuries continue this year the Dolphins will have to do some long and hard thinking about if he should be on the 2017 roster.  You are only an “elite” player when you actually play. When you just can’t go or are always injured you don’t help the team.

-Give Jay Ajayi a chance. Yes he cried like a little girl after he was benched week 1 and he was told to stay home and not fly to Seattle. And yes he fumbled vs Cleveland that almost cost the team a win. So what? Kenyan Drake and Isiah Pead are not very good right now. Ajayi has played the best of the 3 and has flashes of being a big-time player.  Ajayi needs to be the full time back. Give him the 20+ carries at the position. Let’s see what he has. He helps you now this year and he may be the guy you groom to be a lead back next year and beyond. Enough with the rotation, play Ajayi full time. And if Ajayi shines, then when Foster comes back he becomes the back-up.

-If Branden Albert can’t go this week and Laremy Tunsil plays another great game at left tackle, keep Tunsil at left tackle and move on from Albert. Tunsil is the future and Albert will need to live with that. There are no band-aid’s for hurt feelings and Albert will have to deal with it. 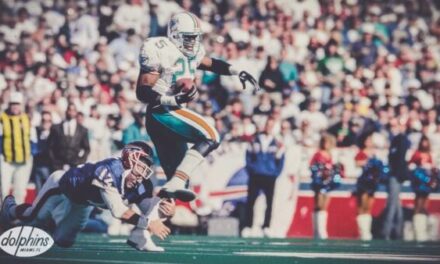 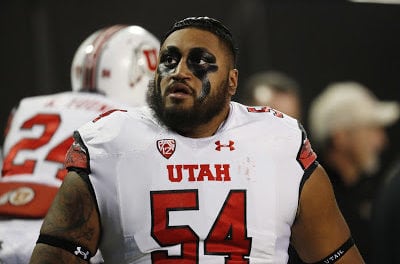