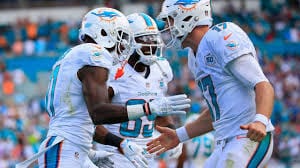 The Miami Dolphins are in the playoffs and it sounds damn good about now.

After seeing the Dolphins falter in past seasons with lackluster performances, they have finally made the playoffs. Finally.

However, it’s going to take more than going 9-1 to advance in the playoffs. When you are fortunate enough to make the playoffs, you’re there to take care of business and win!  You are there to establish something great that talented players from other teams aspire to this greatness.

The Dolphins in the playoffs is an opportunity to showcase the Dolphins and the “Strain” that head coach Adam Gase talks about.

Strain means stopping Colin Kaepernick on 4th and goal to win the game with some stellar coverage and play by Pro Bowler Ndamukong Suh and linebacker Kiko Alonso.

Strain means picking off Phillip Rivers four times in the fourth quarter to shut up the naysayers.

Strain means the Dolphins riding or dying with the likes of kicker Andrew Franks only for him to belt a 55 yard season-saving successful field goal with 6 seconds left.

Strain means getting it right and getting Jay-Train back on the tracks to will the Dolphins to victory versus the Bills on Saturday.

It’s all about the “Strain.”

Heading full steam ahead, it’s going to take a lot of smart calculated and precise play to beat the Patriots.

The Patriots are not a regular team like the Bills or Jets.  They are several notches above.  Think the Cowboys and 49ers of the 1980s and 1990s.

When the Patriots come in, even in warmups, their operation is calculated and precise.  The Patriots leave nothing to chance, ask the Jets about their dismantling on Saturday.

We thought Joe Philbin was a stickler for details, have you seen how it works with Bill Belichick to the nth degree?

If the Dolphins want to carryover the business they send to the Patriots this week, it would behoove them to play well, compete, and go 11-5.

It wouldn’t be a bad thing for the Dolphins to give the Patriots the business considering Rodney Harrison just added fuel to the fire and called out the Dolphins saying that head coach should be coach of the year, but the Dolphins probably can’t beat anyone except the Texans.

How’s that for bulletin board material?

Really Rodney???  The same player would have never sniffed the Super Bowl wins if it weren’t for the Patriots.  He was on some real losing teams in San Diego.

Maybe the Dolphins will adorn their headquarters in Davie with his exact quote.

Time to buckle up because the ride is far from over and might include a few bumps along the way, but the rewards are worth the turbulence. 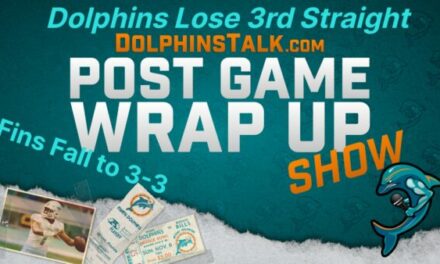 Post Game Wrap Up Show: Dolphins Drop 3rd Game in a Row with Loss to Vikings 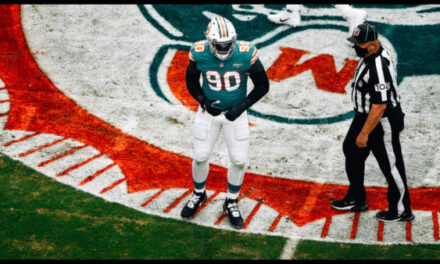 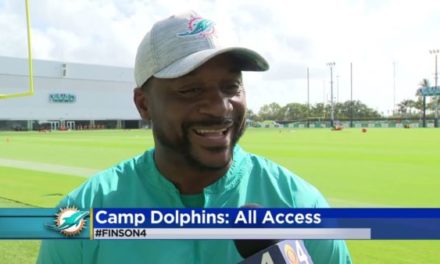 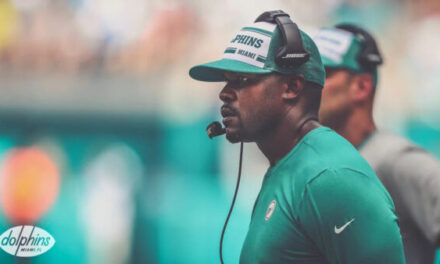