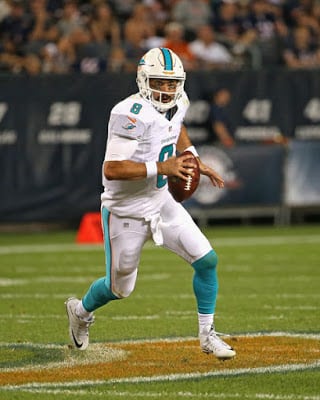 This Saturday night is a big one for the Miami Dolphins. The Dolphins will walk into MetLife Stadium and play a battered and beaten up NY Jets team on a short week with a lot on the line. It’s going to be ice cold in New York City, it may even snow, and the Dolphins will be without their starting quarterback; with that said though this team needs to find a way to leave MetLife Stadium with a victory.

As the Dolphins nation turns it’s lonely eyes to Matt Moore (who I am now referring to as MATT “Earl” MORRAL) this Dolphins team will need all of it’s key starters to step it up a notch if they expect to win on the road vs a division rival without Ryan Tannehill. Love him or hate him, Ryan Tannehill was the best quarterback on this Dolphins roster and the heart and soul of this offense. Yes, Jay Ajayi has had an amazing year and yes Jarvis Landry brings the fire to this offense week in and week out. But it was the steady hand, consistent play, and clutch passes that Tannehill has had since Week 4 on that has led this Dolphins team to 8 wins and wins in 7 of their last 8 games.

Don’t be fooled, the loss of Tannehill is significant and anyone who says otherwise is putting their head in the sand. Matt Moore hasn’t started a game since the 2011 season and there is a reason for that. While my expectations are Moore aren’t as high as many other Dolfans, I do think he can play well and if the defense and running game is strong he can lead us to a victory this week. I am taking it week to week with Matt Moore at this point. The little he has played in mop up time at the end of games in recent years he hasn’t played well. In the preseason he hasn’t looked all that hot either to be honest. The key is to put Moore in positions where he can be successful and don’t ask him to do too much.

Moore has been a turnover machine throughout his career. In 2010 with the Panthers he only played in 6 games but had 10 interceptions. The following year in Miami he played in 13 games and had 9 interceptions to go along with 5 fumbles. In 2013 Moore only attempted 6 passes all year; 2 of them were intercepted. See a trend here?

If Miami has to ask Moore to throw more than 23 passes this Saturday, it might be a long night for the Fins. This game is going to come down to our defensive line just bringing the heat on Bryce Petty on every play and stopping Powell and Forte from doing anything on the ground. Then on offense to have our offensive line dominate and let us run the ball with Ajayi. Oh by the way, I do not want to see Moore running around much either and trying to get yards with his feet. Because of he takes a big hit and goes down (mind you he had a concussion in the preseason) then our season is totally over and we won’t beat anyone with TJ Yates.

Also, punting isn’t a bad thing. I have no problem punting the ball 7 or 8 times this week. This will be a field position game and if we can pin the Jets and Petty deep in their territory, get some 3 and outs, and flip the field. I am totally find with that as I want Matt Moore working on short fields all game long.

Last thing the Fins will need is a big game from Andrew Franks. It’s going to be cold, windy, and probably bad footing on the field. No excuses for Franks this week as he needs to step up. As this offense won’t be the same without Tannehill and we cannot leave points on the field. When this offense crosses the 50 and has a chance to get points we need every point possible. Franks has to play better.

It’s going to be a wild game I think this Saturday night and hopefully the Dolphins can pull together as a team and win with Matt Moore at quarterback. I have my doubts about Moore but I am truly hoping he proves me wrong and makes me eat some crow. 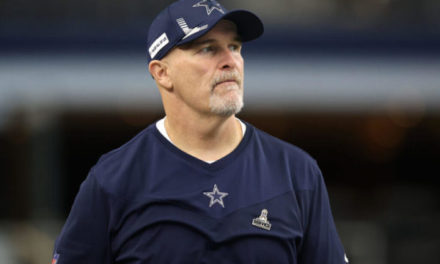 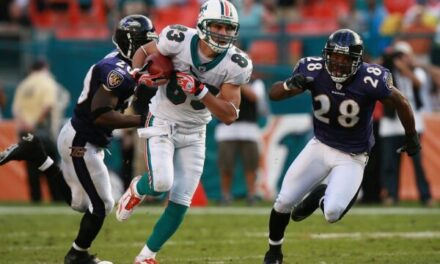 This Day in Dolphins History: December 16, 2007 – Dolphins Beat Ravens in Overtime to get First Win 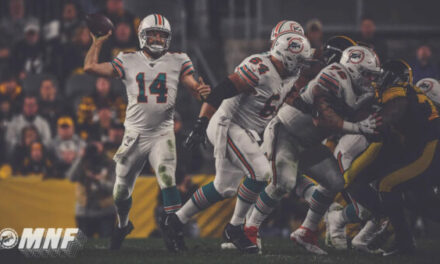 Again, “The Tank” crushes Dolphins fans’ hopes for a win on Monday night 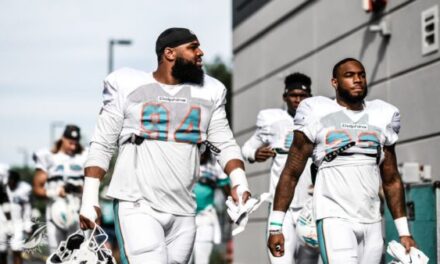