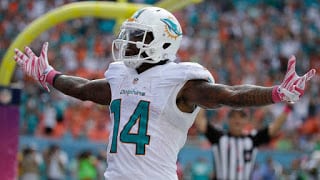 I am not going to lie, it feels great to write a preview article on Wild Card Weekend.  After an awful 1-4 start, the Miami Dolphins finish the season winning 9 out of 11 to qualify as the last seed in the AFC.  The Dolphins travel to Pittsburgh for the first time since 2014 season to take on the Steelers in the freezing cold.

While NOBODY thought the Dolphins will get to this point, NOBODY continues to give Miami a chance (looking at you ESPN, Fox, NFL Network, Vegas Bookies).  The Dolphins come in as the biggest underdog of the weekend at 11 points.  Mind you, this is against a team they beat in week 6 30-15, which really jumpstarted Miami’s unbelievable turnaround.  This game however will be different.  Miami comes in missing key pieces on Defense, which really helped propel them to that victory.  Miami will also be missing Ryan Tannehill for the 4th straight game.  He was questionable heading into the week, but with no practice on Wednesday or Thursday, Adam Gase closed the book on Ryan Tannehill and will start veteran Matt Moore.  If, a big if, Miami can win this game, there is a stronger chance Ryan Tannehill will practice next week and may play vs the Patriots.

The Steelers rested their starting players last week and are healthy and hungry, with Ben, Bell and Brown all playing together for the first time in the postseason.  This game is going to be a very difficult test for the Dolphins.  Let’s take a look at the keys to victory if Miami is looking to move on to New England next week:

1.  All aboard the Jay Train–  This has been a common theme for me this season.  This time, it can continue the Dolphins season.  Ajayi clipped 200+ against the Steelers in week 6.  While the Steelers will likely stack the box, Ajayi led the NFL in yards after contact at 2.52 yards.  For the Dolphins to be successful and control this game, Ajayi will need to have another monster performance.

2.  Killer B Killers– There is not doubt leading up to this game, all the pundits were talking about were the Killer B’s (Ben, Bell and Brown).  Being that this is their first playoff game all together, they will look to exploit Miami’s pourous defense.  But think back to week 6: Ben was hobbled after getting hit early and often, Brown had 1 catch for 6 yards and Bell only ran the ball 10 times but had 108 total yards.  While this likely will not happen again, Miami needs to take their blue print from week 6 and stop these guys from hurting you.  Expect Vance Joseph to bring exotic front blitz packages to get after Ben, who does tend to hold the ball.  If Maxwell does not play, expect Brown to be doubled throughout the game to try and contain his RAC.  Bell has been the cog during Pittsburgh’s 7 game winning streak, expect them to run him early and often to control the game and force Matt Moore to win it for Miami.

3.  Matt Moore–  If there was ever a game for Matt Moore to come up big, its this one.  Pittsburgh’s defense is 16th in the NFL in pass yards per game.  Expect Matt Moore to take advantage of 1 on 1 match ups with intermediate to deep passes and be aggressive when the time is right.  With Landry, Parker and Stills, they have created match up havoc for opposing defenses all season.  Gase will get the ball out quickly to keep Miami in manageable down distances.

4.  Cold Weather– You read this comment and immediately think I am insane.  “But Tom, Miami never plays well in the cold.  Historically they are awful”  Very true. Both teams have to play in it.  But consider this, Miami coming into this game is a run first offense (ranked 9th overall).  If Miami can do key #1 and put up points where Pittsburgh has to throw, it will be cold and difficult to catch bullets from Big Ben.  This Dolphins team is tougher than years past, and they proved it in Jersey and Buffalo in Moore’s first 2 starts.

5.  Win field position– Miami’s defense as of late hasn’t been very good.  Matt Darr needs to help by stretching the length of the field in punting situations and if the Dolphins defense can play well, they can get better field position.  Keep an eye on this for the game

No matter what happens tomorrow, this will be exciting as a Dolphins fan.  The playoffs are back in our lives and hope this isn’t a one and done (2008).  I am a huge fan of  how much Adam Gase and his staff has gotten out of this team, which is basically playing 3rd stringers on defense.  My heart will be rooting for the Dolphins, but for this prediction, I have to go with Pittsburgh.  Miami’s defense is too banged up and has had a very hard time stopping opposing running games lately.  Le’Veon Bell should have a big game but the Dolphins will fight until the clock reads 00:00. 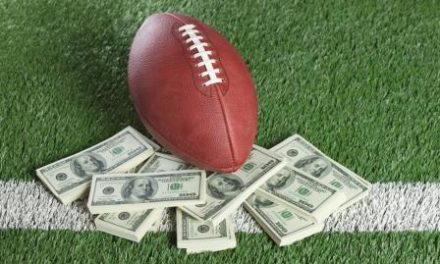