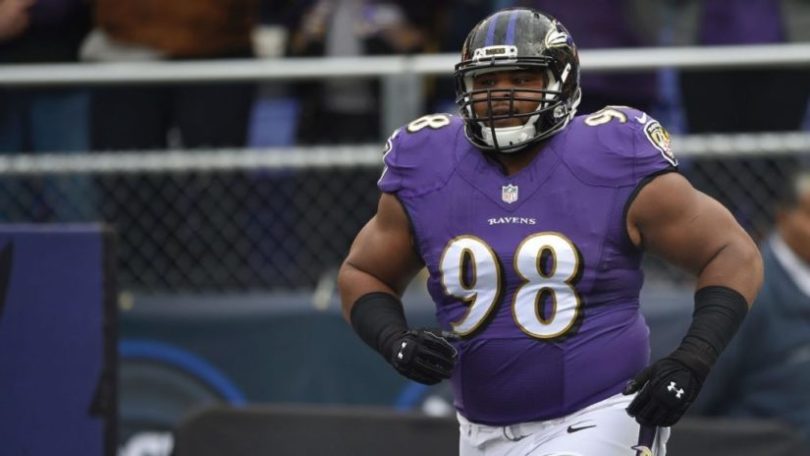 It’s a good thing I waited till post-Franchise Tag deadline, to post my Top Defensive Free Agents for the Miami Dolphins. As the dust settles following a busy few days of business transactions around the NFL, a few of the Dolphins potential ‘big name’ targets were hit with the Franchise Tag. Yet the Dolphins still have plenty of options in free agency with big name commodities and relatively under the radar guys – for the Dolphins to explore in free agency.
The Dolphins need a complete overhaul of their Linebacking corps. If the Dolphins get Kiko Alonso back then I expect them to play him on the Weakside (Will). The Dolphins need two other Linebackers, including a ‘thumper’ inside as the Dolphins need to finally address their porous run Defence. The Dolphins could also do with adding a Defensive End – however, I believe the Dolphins will use the no.22 pick on either Derek Barnett, Takkarist McKinley, Taco Charlton or Charles Harris – depending on who is left on the board. Miami could also look at a run stuffing Defensive Tackle to plug in next to Suh. This would instantly elevate Miami’s run Defense, but also give teams problems as they look to limit Cameron Wake, Ndamukong Suh and another dominant Defensive Linemen on any given play.
Below are five Defensive Players I believe the Miami Dolphins could (and should) target in free agency. Tweet your thoughts @TomLikeNFL.
Brandon Williams, DT
I believe Brandon Williams should be, and will be, top of any potential shopping list the Miami Dolphins have for free agency this year. The former 3rd round pick has played at a high level since entering the league in 2013, and has started 46 games over the past three seasons. Williams is a large Nose Tackle who’s strength and athleticism make him one of the NFL’s best run stuffing interior Defensive Linemen. Williams is a massive interior Linemen who uses his strength and power at the point of attack to occupy blockers and clog lanes, wreaking havoc on opponents run games.

While Williams would not add much personally to the Dolphins pass rush, his presence would elevate the level of play of those around him on the Front Seven. Williams’ size and speed mean teams often use a Center to chip and support Guard’s who have to try and match him blow-for-blow. The problem with doing this if Williams was with the Dolphins? Are you really going to leave Ndamukong Suh and Cam Wake matched one-on-one and expect your guy to win that individual battle?
The Dolphins Achilles heel on Defense the past few seasons has been trying to stop the run. In terms of rushing yards allowed, this is how the Dolphins have ranked the past four seasons (beginning with 2016): 30th, 19th, 24th, 24th. 2012 was the last time Miami was in the top half of the league in run Defense (13th).
*Interesting point – the Dolphins had the 3rd best run Defense in 2011, the last time they ran a 3-4.*

Williams would significantly upgrade this unit as an immovable object in run Defense occupying blockers, thus making it easier for Miami’s other Defensive Linemen and Linebackers to get to the football. Williams will most likely be after Damon “Snacks” Harrison money – and the Dolphins have enough cap room to give him that sort of deal.
Johnathan Hankins, DT
A less well known name, but one the Dolphins should definitely be looking at this offseason. Hankins doesn’t get the level of attention he deserves, due to playing next to Olivier Vernon, Damon “Snacks” Harrison and Jason Pierre-Paul. After being selected in the 2nd round in 2013, Hankins had a breakout season in 2014 stepping in for the departing Linval Joseph. Hankins stacked up 51 tackles, 1 forced fumble, 7 sacks, 6 QB hits and 21 hurries. Joseph’s surprising pass rush earned him a place on PFF’s 1st Team All-Pro.
Hankins is known predominantly as a run stuffer, however, his 2014 season shows he can be a valuable asset in pass rush – if he has the right pieces around him. While Hankins is not as good as “snacks” in run stuffing; he could still be a valuable addition to the Dolphins Defensive Line – and a player who would warrant a more team friendly cap number. Few DTs crash the backfield as consistently as Hankins and he would be a valuable addition next to Wake and Suh on the Dolphins D-Line. This could be a name to watch over the coming weeks.
Dont’a Hightower, ILB
Now this would be a massive upset in the AFC East and could signal a potential passing of the baton between the Patriots and Dolphins (one can dream). Hightower would instantly upgrade Miami’s awful Linebacking corps as he is an elite ILB with sideline-to-sideline range, who is a force against the run game. He will not come cheap but if Miami is comfortable shelling out north of $12-$15m for a LB, then there are few better options than Hightower.

Hightower took over Super Bowl 51 as he displayed he is one of the best blitzing Linebackers in the NFL. He is a leader and tone setter on Defense who is athletic enough and possesses the speed to go sideline-to-sideline shutting down opponents run game. With one expensive signing, Miami might finally shore up their Linebacking unit if they bring back Kiko Alonso to play next to Hightower.
However, Hightower brings with him a large opportunity cost. If the Dolphins sign him on a Jamie Collins type deal, then Miami will have to scrimp and scrape elsewhere. This means the Dolphins would be unable to address the Guard position or bring in another game changing talent in free agency. Hightower also struggles in coverage, particularly when playing man. He might end up being limited to a 2 down LB as teams would exploit him using RBs and TEs who could burn Hightower and run right past him in coverage. While Hightower possesses game changing talent and would instantly elevate this Dolphins roster… I believe Miami should pass on this one and instead target one of the great Guards in this free agency class and opt for one of the below options at Linebacker.
Zach Brown, ILB
Zach Brown’s current value according to Spotrac is $4.5m with a contract projection of four years, $18m. At that price, Zach Brown would be a steal. Brown had a breakout year in Buffalo – playing on a one year prove it deal. Brown has earned himself a big pay day due to his impressive level of play in 2016. The Bills Linebacker filled in for injured Reggie Ragland and was excellent, not missing a beat. Brown’s best game of the season came in Buffalo’s shut out of New England in Foxborough in Week 4. Brown had 12 tackles, 2 forced fumbles and a sack in a dominant performance against a Jacoby Brisset led Patriots.
Brown is an athletic Linebacker who’s 4.5 second 40 time shot him up big boards, eventually landing with the Tennessee Titans in the 2nd round in 2012. In addition to being an excellent run stuffer, Brown is comfortable dropping back into coverage and has the lateral quickness to hang with Tight Ends and Running Backs. If the Dolphins look at what Brown achieved with the Bills 2016 Defense, the Dolphins could easily get a similar level of production, if not higher due to the game changers Miami have on their Defensive Line. Brown tallied up 97 tackles, 4.0 sacks, 2 forced fumbles, 4 passes defended, and 1 interception in 16 starts. I think Brown makes a lot of sense for the Dolphins, a run stuffing ILB who can play all 3 downs – and who won’t break the bank, leaving enough change to pursue one of the premier Guards in this free agency class.
A. J. Klein, ILB
A. J. Klein could be a budget option at ILB who could work out better than expected for the Dolphins. Klein has only started 23 games in his 4 NFL seasons, however, it is difficult to see action when your team has Luke Kuechly, Thomas Davis and Shaq Thompson (2015 1st round pick). Klein started 7 games this season and played well, stepping in for All-Pro Kuechly who battled with concussions. Klein is a player, who though not exceptional, is good at what he does.
Klein is good against the run and in a league that is increasingly nickel and diming, could be a great two down Linebacker to help improve Miami’s porous run Defense. His pass coverage skills are questionable and he could do with improving in this area. However, with this signing the Dolphins could get a day 1 starter who’s speed and recognition make him an excellent run stuffer. Klein also brings tremendous Special Teams value.
Other Targets: Calais Campbell DE; Jared Odrick DE; Alan Branch DT; Lawrence Timmons LB; Nick Perry LB; Kevin Minter, LB 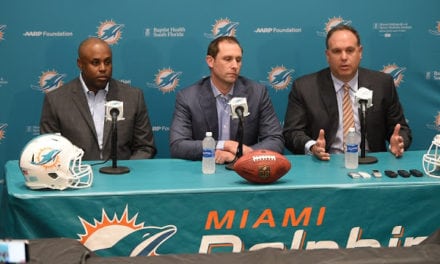 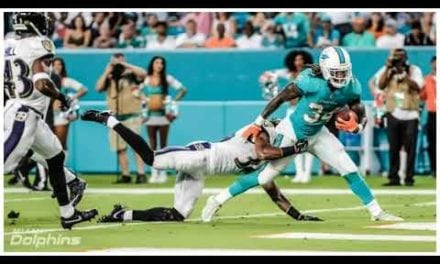