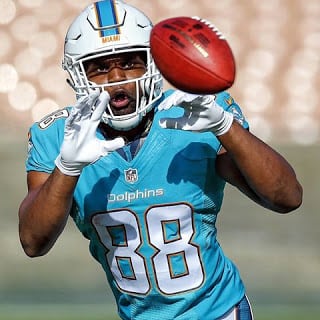 There has been a lot of talk about Leonte Carroo of late in regards to his standing with the Dolphins heading into the 2017 season. The tidbit from Barry Jackson in his latest Miami Herald column a few days ago brought Leonte Carroo back in the spotlight.  While most of the Carroo talk is nothing but pure speculation at this point the one thing that isn’t up for debate is how the Dolphins 2016 draft day trade to acquire Carroo is, was, and forever will be a bad trade.

Before we get into a deep dive of Leonte Carroo and where he stands with this team let me make one point 100% perfectly clear; this article is not meant as a knock on Carroo. Leonte Carroo may turn out to be a very good NFL WR some day and I am not saying Carroo is a bad player.

What we can say for certainty 13 months after the drafting of Leonte Carroo is that the draft day trade in 2016 in which Miami parted with a bundle (3 picks to be exact) to acquire Leonte Carroo was an utter failure and a horrible trade on all levels. That has nothing to do with how Carroo is or may turn out to be as a player. It has everything to do with the fact Miami didn’t need Carroo last year and now heading into this offseason they need him even less.

The thought process was (and this is unconfirmed but you have to assume it is right as there is no other logical reason for even making this trade) that Kenny Stills was entering the final year of his contract and after a very disappointing year one in Miami and nobody thought Stills would have a big year and Miami would want to keep him. If this is the argument or best argument for making the Carroo trade then it is very weak. Here is why..

The other reason I read and hear a lot as a defense of this trade is; Well it’s impossible for Miami to keep Jarvis Landry, Kenny Stills, and DeVante Parker as their contracts come up as they all will want big paydays so one of the three will be gone so getting Carroo now is smart. To me this is an even worse defense than the one above about Stills in the final year of his deal. While it’s true Miami may be unable to keep Landry, Stills, and Parker as all three could and will command a big paydays that would blow up the Dolphins salary cap, what was the rush to trade up and get a player like Carroo now? Stills was entering the final year of his deal as stated, we get that. Again, is Carroo worth 3 picks? Couldn’t we have found a Carroo or a player very similar in last years draft without giving up all of those picks? Couldn’t we have found a player like Carroo in this years 2017 draft even if Stills (for arguments sake) did walk after last season and sign with a different team?

So once again it comes back to; Guys like Leonte Carroo can be found in every draft, every year, a good player but nothing special.

So now as we enter the 2017 season Kenny Stills has a long-term deal and isn’t going anywhere, Jarvis Landry is going into his final year of his deal but with the Franchise Tag Miami can keep him and hold his rights for a year or two beyond this year and not have to worry about losing him if they don’t want. DeVante Parker won’t be an unrestricted free agent until 2020 and Miami is no jeopardy of losing control of him anytime soon. I must ask once again, what was the rush to get Leonte Carroo last year?

What is the big point I am trying to make here you may be wondering as I am not knocking Leonte Carroo the player. I hope and believe he can turn into a decent NFL WR in time. The point is the 2017 NFL Draft was loaded with talent on the defensive side of the ball and Miami came away with 3 solid defensive picks in rounds 1-3. Imagine if Miami didn’t trade their own 3rd and 4th round picks to the Vikings though for a Carroo, they could have had 5…yes 5 solid defensive draft picks from this last draft. And for a team like Miami who is (let’s not sugar coat it) bad on defense that would have been exactly what they needed.

So, when the topic of Leonte Carroo comes up and you want to argue that it wasn’t a bad trade, STOP…take a deep breath, AND DON’T! It was a bad trade! Any way you spin it the trade was bad. That doesn’t mean Carroo is a bad player, it just means Miami’s front office traded a boatload of picks to move up and get a guy they didn’t need, don’t play, and has little to chance of getting on the field this upcoming year unless a bunch of guys go down to injury. 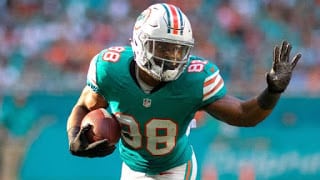 Regarding the Barry Jackson tidbit that Carroo is in jeopardy of not making the roster, it is far to early to tell. But you have to think there is a chance that ends up being true. Carroo doesn’t play special teams and for the 4th and 5th WR on any NFL team you almost have to play special teams. The competition for the 4th and 5th WR spots on this roster is fierce. You have Jakeem Grant, Isiah Ford, Rashawn Scott, Drew Morgan, Malcom Lewis, and Damore’ea Stringfellow. And with the exception of Stringfellow every one of those other WR’s play special teams.  Carroo will have his work cut out for him in camp and being a year removed nobody will care anymore that Miami gave up 3 picks to acquire him at this point as his one year honeymoon is over. 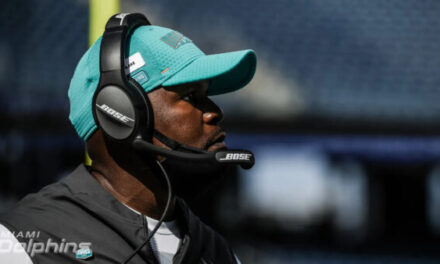 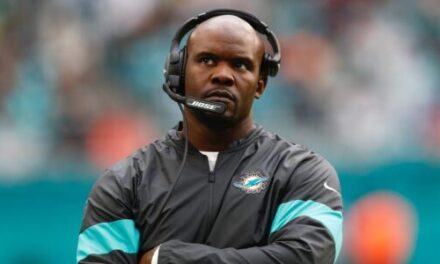 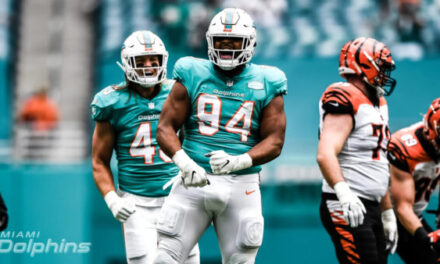