There was a bit of buzz this week when Miami Dolphins President Tom Garfinkel said the organization is commited to the current Dolphins logo “as of right now.” Essentially Garfinkel left the door open to the franchise making a change back to the classic logo full time down the road. There is an NFL rule that when a team changes their logo/uniforms they must wait 5 years before making another change. So at this time Miami must wait another year before making any changes. Yet I think many fans are getting way ahead of themselves after hearing this statement out of Tom Garfinkel and think that a change is on the way or in the works; I don’t see it that way.

Let’s break this down a bit and go over a few key points.

When this new logo was announced a few years back at first look I wasn’t a fan of it. I will admit that over time it has grown on me and I like the new modern look. Uniform wise I like the white helmet with the white facemask a lot. I like the current shade of Aqua/Teal we use vs past shades of the color. And the new logo itself has grown on me over time and it doesn’t bother me. Does the actual Dolphin on the helmet still remind of Shamu from Sea World more than an actual Dolphin? YES! But it’s not that big a deal to me as the prior logos looked silly with a Dolphin wearing a helmet. So as we sit today I like this new and current Dolphins logo and let me add to that I also like the throwback look too. In fact I like the current situation of the new logo being used for 14 games and only seeing the throwback look twice a year. If we went to the throwback look on a permeant basis the novelty will wear off fast.

At the end of the day we are all fans of this team and just want to see the team win games. I have always said that if the team is winning I don’t care if they wear hot pink and lime green each week. And if they were we would go out buy that gear and defend it to our family and friends because we would all be in a great mood that our Dolphins are winning. So at the end of the day the team winning is more important than what logo the team wears. Yet talking about the classic logo or the new logo is fun! That’s why we follow sports and get passionate about sports….it’s fun! So this is a fun debate and there really is no right or wrong answer. With that said though if you want to predict what the Dolphins organization will do in the coming years concerning the logo; follow the money! There is more money in keeping things status quo and sprinkling in the throwback look here and there than there is in making a wholesale change. 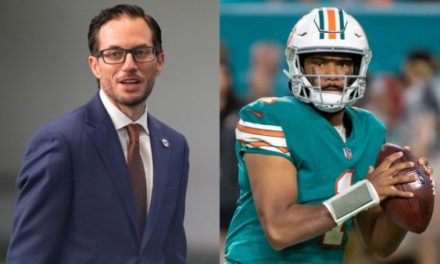 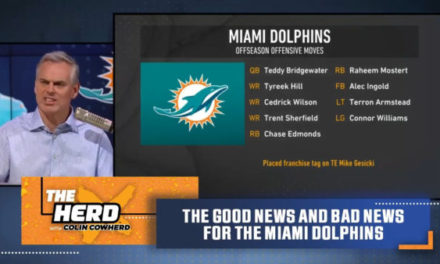 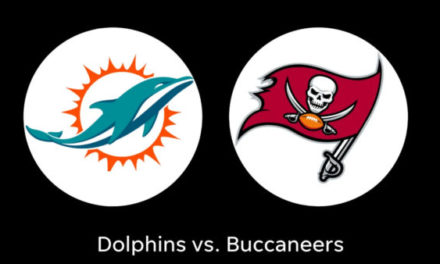 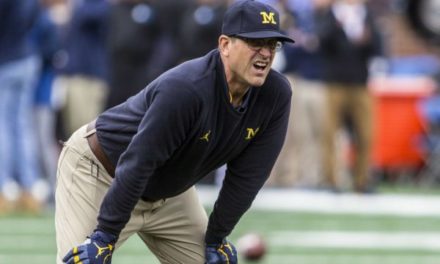 La CanFora: Harbaugh’s Name Has Come Up Within Dolphins Organization