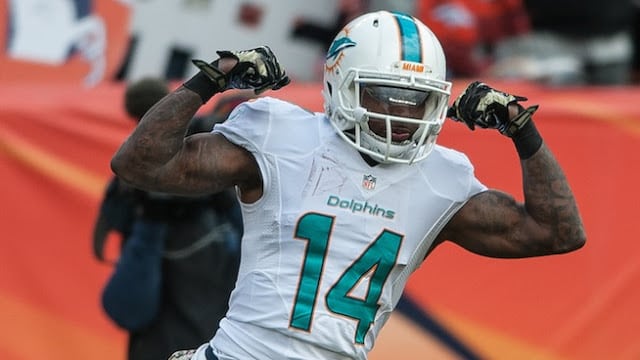 Damarius Bilbo….get used to that name folks as next to Adam Gase and Ryan Tannehill that is the name you will hear and read the most about between now and Week 1 of the NFL regular season in September. Today, June 20th, Damarius Bilbo laid it out to the Miami Dolphins organization that Jarvis Landry isn’t upset and won’t hold out but he also will not negotiate a new long term contract once the season begins. Meaning essentially Miami has an 8 to 9 week window to sign Jarvis Landry to a contract extension and that window is open right now.

So what does all of this mean you are wondering. Well let’s break down a couple scenarios (some a bit wild in nature I will admit and some a bit more realistic) on how this will all play out when it is said and done.


Landry and His Agent are Bluffing–I mean this really is an arbitrary deadline Landry and his agent have thrown out there. Miami could call Landry on his bluff, not work out a long term deal prior to the start of the regular season and then come October or November offer Landry a contract and see if he takes it. Trust me if the deal is good enough Landry and his agent will take it and forget this deadline they just threw out there today.

Miami Laughs at this Threat and Ignores It–Another very real possibility because of the NFL Franchise Tag. Miami can look at Landry and his agent in the face and say ok, no new deal let’s play out year number four of your contract and if you have a big year we will just franchise tag you. Win for Miami as they still control Landry’s rights and a loss for Landry and his agent as they still have no long-term stability or long-term deal. And if Landry gets injured or if Landry has a down year, Miami wins again because then Landry’s value drops on the open market and Miami doesn’t have to tag him as the market for Landry may be down or diminished. Meaning they can sign Landry at the price they want, not the price Landry wants as the market for Landry isn’t demanding that price in this “hypothetical situation.”


Miami has No Intention to Keep Landry–I admit this one may be a bit far fetched but then again maybe not. We don’t know for sure what Landry is asking for but we have all heard the rumors he wants big bucks. Real big bucks and Miami may love Jarvis Landry the player but may not want to pay him what he is asking for. So Bilbo and Landry may be whistling through the graveyard here in this situation. Where the Dolphins front office knows what Landry wants in a contract and they also know they can’t pay him that, so they will let Bilbo and Landry say what they want but Miami will just take the high road and let the season play out, let Landry walk, and get a comp pick most likely in a couple years for him. I mean this is the same Dolphins front office who had no problem letting players like Lamar Miller and Olivier Vernon walk when they were coming off very big seasons.


Cooler Heads Prevail and Miami and Landry Work Out a Deal Before Week 1–When all is said and done this is probably the most realistic outcome here. I think Miami wants to keep Jarvis Landry and I think Jarvis Landry wants to stay in Miami. I think the arbitrary deadline Bilbo and Landry threw out today probably would have been better served to have been kept behind closed doors and in house. No need to air that out to the public, but they did as part of their “strategy” and we will see if it works for them in the long-run or not.

The fallout from this news today is very big though. The reason why this is very newsworthy what Bilbo and Landry did today is because until Landry gets a new deal this will be story #1 in the Miami Dolphins Universe. Meaning after every practice, in every meeting with the media, at every press conference pretty much every Dolphins coach and player will be asked about the Jarvis Landry contract situation. To say this will be a distraction is an understatement.

Another thing to remember, Bilbo has only been a certified NFL agent for 3 to 4 years roughly and Landry was one of his first clients ever. Meaning he hasn’t been through a lot (if any) big high profile contract negation like this before. Is he in over his head? Will he overreach and ask for too much and force Landry to the open market? Time will tell but that is something else to remember here.

When all is said and done if I were a betting man I believe Jarvis Landry stays a Miami Dolphin player beyond this upcoming season (whether through a new deal or a franchise tag situation.) Although I am not sure Landry gets a new deal by Week 1 of the NFL regular season and this saga may have only just begun. 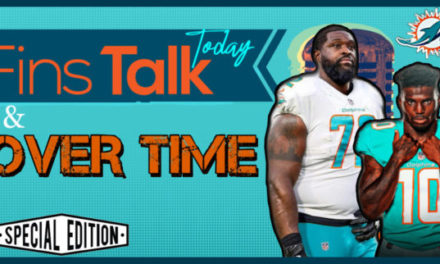 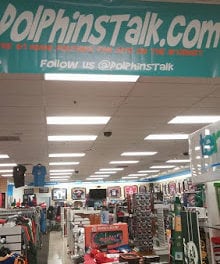 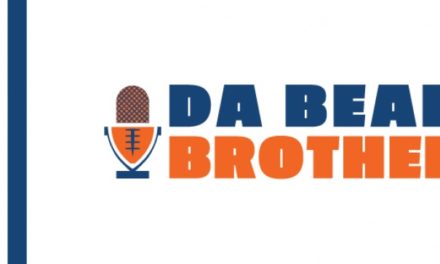 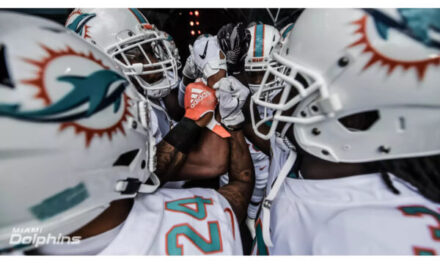