After a crazy first week of the season, here is a look at the power rankings.  The biggest mover in this weeks rankings were: Denver (9 Spots),  Philadelphia (8 spots)

Tons of great games in week 2 to watch for, and it will shuffle up these rankings after next week.  Without further a do, here are this weeks rankings:

Nothing was more impressive than the Packers absolutely shutting down Russell Wilson and finding enough plays to win against that defense.  Tough match up in week 2 against Atlanta. (Prev 4)

Going on the road and defeating a tough team like the Titans keeps them near the top.  Lynch looked like his old self running over people left and right.  The lowly Jets make a west coast trip.  2-0 seems likely (Prev 2)

The Chiefs did something no other team has done, go into Foxboro and absolutely dismantle the defending champs on opening night.  Alex Smith was impressive (Prev 9)

After three straight defeats to the Giants, this was amazing to watch.  Dallas dominated both sides of the ball and applied pressure consistently to Manning, who looked lost
(Prev 7)

Atlanta on paper had an easy match up against the Bears.  But it took some bad hands from the Bears and a sack on 4th down to preserve a win.  Home opener against the Packers will be must see TV (Prev 3)

They were literally in a dog fight against Cleveland.  I don’t think there is a better WR in this league.  AB looks poised to break records if Ben stays healthy (Prev 5)

Patriots were thumped.  Brady looked 40 and their defense took significant depth hits.  They may be in for a tough year on defense.  Saints shouldn’t give them much trouble though (Prev 1)

An impressive day for Trevor Simien.  The defense put a ton of pressure on Rivers and blocked a kick to preserve the victory.  Cowboys coming to town in week 2 (Prev 16)

Dalvin Cook’s debut against the Saints was spectacular.  Beat AP’s rookie debut record with 127 yards on the ground.  He seems to be poised to have a big year.  (Prev 11)

The offense didn’t look good and the addition of Eddy Lacy didn’t help them in week 1.  Rawls will be back in the mix in week 2 (Prev 6)

Big fourth quarter come back against Arizona jumps the Lions up.  Monday night match up with the Giants in week 2.  Could be staring at 2-0 (Prev 17)

Bucs get a pass.  After an awful storm cause a delay for two teams, they keep their spot in my rankings.  Home opener is going as planned versus the Bears, who they beat handily last season at home (Prev 12)

Tough loss to start the season but Mariota looks healthy.  They will need to get their ground game going in week 2 to find more success (Prev 10)

Carson Wentz looks like the real deal.  If the Eagles can keep him upright, this offense can produce a ton of points.  Defense did well against Cousins as well (Prev 22)

Dominant defensive performance against an inferior opponent.  Christian McCaffrey is going to be a dangerous weapon all season (Prev 18)

Tough loss in Detroit.  Carson Palmer looked his age and losing David Johnson for an extended period is not a winning formula for Arizona (Prev 14)

Bills took care of business but had some struggles doing so against the Jets.  Tough 3 week schedule on tap (CAR, DEN, ATL).  First place may be short lived (Prev 20)

Wow.  I don’t think I have seen Eli and the Giants struggle so much to move the ball.  Could this be Eli’s swan song?  Odell needs to get back soon (Prev 8)

Offense looked out of sorts on the ground and in the air.  Cousins will miss his targets that left in free agency (Prev 19)

Even though it seemed nobody showed up for their home opener, that was a dominant performance of the Colts.  Interested to see if they can keep up the pace for the whole season in what seems like a pretty open division (Prev 28)

The quarterback choice of Tom Savage definitely hurt them in the first half.  While Watson didn’t look all that better, the offense is an issue (Prev 13)

Yes they are still behind the team they beat.  I am not sold on Blake Bortles having a worry free game the rest of the year.  He also lost Allen Robinson for the season.  Leonard Fournette is going to be a steal in fantasy leagues this year (Prev 31)

They keep their spot at 25 with an almost come from behind game against the Broncos on MNF.  Bosa and Ingram are going to cause big problems all season long (Prev 25)

The Browns kept it competitive as most of last season.  Deshone Kizer looks the part of an NFL QB.  (Prev 27)

They looked dreadful.  The ground game was non existent and Adrian Peterson was a non factor (Prev 26)

Kevin White out for the year, again.  They are short handed at WR but have a competitive Defense that kept them close against the reigning NFC Champs (Prev 29)

They kept it close against the Bills.  Issues on offense and defense will keep them a bottom feeder all season (Prev 32)

Kyle Shanahan forgot to bring the Falcons offense with him to San Francisco.  Not seeing the stadium filled is sad to see for such a historical franchise.  (Prev 30)

They were flat out embarrassed.  Scott Tolzien doesn’t belong in the NFL after that performance.  Time to bring in Kaep! (Prev 21)


Check Dolphinstalk.com every day for all your latest Dolphins news and opinions. 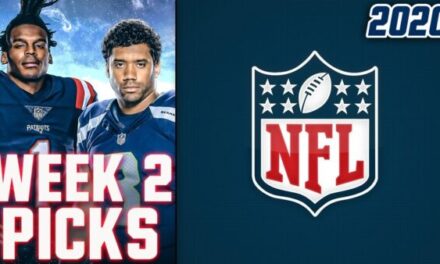 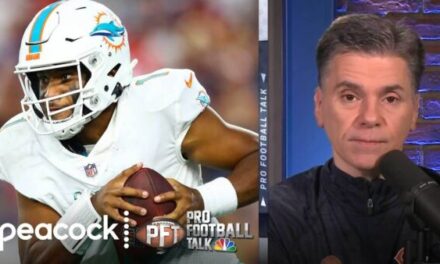