Monday night was a great performance by the Miami Dolphins. The Dolphins beat the New England Patriots and crushed them in every phase of the game. It was by far the best performance of the season far none. As excited and happy I was with the way the Dolphins, it was bitter sweet for me. Obviously I was happy the Dolphins crushed the Patriots, but it also made me think why it took so long for the Dolphins to play this well all season long.

The Dolphins have shown flashes at times during games this year that they could play well and then they would play so horribly. Thinks about it the Dolphins get shut out by the New Orleans Saints and the Baltimore Ravens. Also looked lifeless in games against the New York Jets and Carolina Panthers. Then the last two weeks against the Patriots and the Denver Broncos played their two best games of the season. The defense forced turnovers and pressured the quarterback. The offense ran the ball and made big plays on offense. Which is the real team? I want to believe the team is peaking at the right time and can win the final 3 games or at the very least 2 out of 3 games.

Look I live in Central New York and I pass a lot of Bills fans and I get harassed a lot especially when the Bills do well or beat the Dolphins. They say squish the fish. I say the Bills make me wanna take a s***, you know lol so I hate the Bills and I have taken a lot of joy in seeing them miss the playoffs 17 straight years and see them suffer after growing up and watching them go to 4 straight Super Bowls and the Dolphins couldn’t beat them.

Also in case you don’t know the Bills are 7-6 and control their own fate to the playoffs. The Dolphins don’t they are 6-7 and they will play the Bills 2 of the last 3 games. This game makes me nervous cause its in Buffalo and the Bills should have Tyrod Taylor back and also have Shady McCoy running. The Dolphins have had problems with scrambling quarterbacks do I have to remind fans what happened against Cam Newton. I know the Bills have no real receiving threats, but in 4 games against the Dolphins the last two years Taylor hasn’t turned the ball over and has made his share of plays with his legs extending the play. The Dolphins have to keep him in the pocket. McCoy in one of the best backs in the league and the Dolphins have struggled against the run the last couple months with the exception of Monday night. If the Dolphins can contain those two we should be ok, but that’s a tall order. The one that worries me the most is Taylor because he is the quarterback and he can make plays with his legs that could lead to break downs in coverage. Buffalo’s defense got off to a great start, but hasn’t gotten turnovers like earlier in the season and teams have moved the ball on them so mistake free football on offense is needed for the Dolphins on offense.

Sunday will tell all will the Dolphins continue to peak and keep their slim playoff hopes alive or will history repeat itself in Buffalo and Miami suffers another letdown after a win over the Patriots and will the Dolphins go back to what they were during their 5 game losing streak earlier in the season and frustrate us fans? 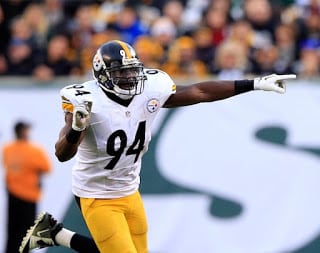 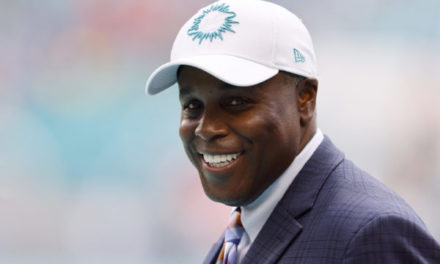