Before I get into this article I want to thank Mike Oliva and the staff here at DolphinsTalk.com for giving me the opportunity to write for them. These are Passionate people that I respect and look forward to working with them in the future. I am proud to be a part of DolphinsTalk.com Now, to what you came here for.

This week is less about Playoffs, more about Jobs. Players and Coaches alike! But let us take it a step at a time shall we.

First and foremost let’s look at the game. A 3-8 facing a 4-7 (side note, I would have never thought that based on our last year performance we would be sitting here with only 4 wins). Both teams have been struggling on all sides of the ball. But despite what our records show, they have been suffering…less than we have.

As you can clearly see, they are averaging more yards on offense on both Passing and Rushing. The Dolphins rank 30th in the league in total offense YPG (yards per game). This compounded with the fact that Dolphins rank 22nd in Defense. Taking a look at the Broncos they rank 22nd and 3rd respectively. Needless to say, this will not be an easy win for the Miami Dolphins. However, more importantly, this is the most “Winnable” game we have left in the season. If we do not win, we risk ending the season with just four wins.

They all beat us in offense. It doesn’t matter how good your defense is if you can’t put up points. Look at the Patriots. Number one ranked Offense, 30th ranked Defense. They are 9-2. So looking at the schedule our chances look pretty bad at winning any of these games really, but at 3-8 in spite of how good their stat sheet looks they continually fail to finish games. If we can exploit that we can pull off a win at home.

Wait, hold on. I think I can hear you. Your yelling at your monitor saying “What does it matter, we have been eliminated from the playoffs already. The game is pointless!” Well, I do agree with you on that we have been eliminated from the playoff race. Facts are facts after all, but I believe it is now we will see them play even harder than before. Why you ask? Jobs, that’s why!

You see, when a team does bad management likes to “assess” and “evaluate” as well as “purge” things that are just not working. So it is up to the Coaches and Players to prove their worth or hit the road during the Offseason. Who, might you ask, has something to prove on the Dolphins? Here are my thoughts:

Dolphins Players and Staff with something to prove.
Moore: Cutler has nothing to prove and will most likely re-retire after the season, Tannehill will be back but Moore has failed to be a solid backup this season. Yea, he finished off some close games but he lost both games he started on. To be a decent Backup you need to be able to win when the starter is out.
All the RB’s: Let’s be real since Ajayi left we have had a few sparks but no fire in the running game. all the runners are going to have to prove their value if they wish to be here in 2018.
The O-Line: Really guys… seven sacks? Would any QB want to play on a team that allowed his QB to get sacked seven times…in one game!?!?!
All the Backups: It is the end of the season. Win or loss we are done for. So expect to see the benchwarmers get some game time. Coaches have nothing to lose and it allows them to maybe find that “diamond in the rough” that may be hidden on the bench.

My fifth one was going to be coaches, but let’s be real. I see no inclination of coaching changes happening this season. As much as I think something has to happen I expect all coaches to return. However, Coach Gase has to prove himself to the fans. Cause though we were happy last season, we are pissed off how this season is ending.

Here is to hoping we pull a few good wins to go into next season on a positive.

As we say, Hasta Mañana! 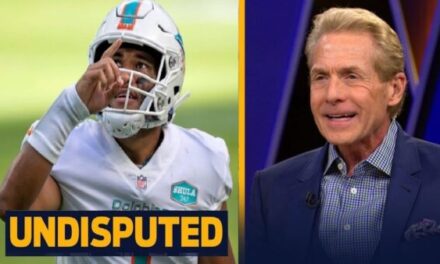 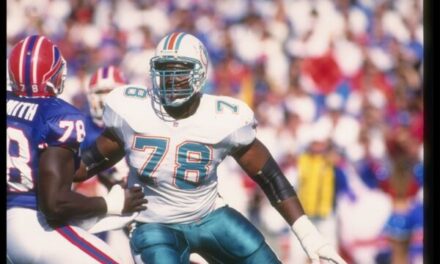 This Day in Dolphins History: April 22, 1990 – Dolphins Select Richmond Webb in 1st Round