As we inch closer to my personal favorite time of the offseason, combine and draft!  I take a look at where teams “may go” when it comes to their picks.  Now here’s the caveat:  I am assuming Darnold is staying put at USC.   Which honestly throws everything into a tizzy.  You may be shocked with these selections, but this is the point of having these mocks early.  Have some fun and enjoy!

1.  Browns– Minkah Fitzpatrick (CB, Alabama):  Fitzpatrick is a true shut down corner that could lend a hand in a division which features Antonio Brown and A.J Green.  A real replacement for Joe Haden

2.  Giants–  Josh Rosen (QB, UCLA):  Giants find their succession plan to Eli Manning.   Rosen does  have some question marks, but he, in my opinion, is the top QB in this class

3.  Colts–  Saquon Barkley (RB, Penn St):  Barkley is an elite back who does EVERYTHING.  Colts need help on an offense that struggles without Andrew Luck.  Barkley fits the bill.

4.  Browns–  Bradley Chubb (DE, NC St): Browns could go QB here, but after drafting Myles Garrett, they add Chubb who will add a lethal combination for many years in the AFC North.

5.  Broncos– Josh Allen (QB, Wyoming)- He struggled this year but he does have a ton of upside.  Broncos could land a veteran QB while Allen sits for a year.

6.  Jets– Christian Wilkins (DT, Clemson)- Most versatile DL in this draft.  He can play in the middle or rush the QB.  With Wilkerson as good as gone, its time to hit the reset button.  Wilkins will fit great in Todd Bowles defense

7.  Bucs– Arden Key (DE, LSU)- Bucs were dead last in the league in sacks and need help getting pressure in a QB heavy division.

8.  Bears– Calvin Ridley (WR, Alabama)- Bears have had nothing but problems at WR the last few years and need help.  Ridley will help open up the offense for Trubisky and help take away the stack in the box against Howard

9.  49ers– Connor Williams (OT, Texas)- They found themselves a QB in Garapolo.  Now protect the investment.  Connor Williams is the best tackle in the draft in my opinion.

10. Raiders–   Derwin James (S, FSU)- Elite safety who can line up anywhere on defense.  Raiders only had 4 INT’s this year, lowest in the league.  They need help in the secondary.

11.  Dolphins- Roquan Smith (LB, Georgia)- Many that follow me know I would love Mayfield here, but if Smith is on the board, he shores up the LB corp with McMillan coming back.  Smith speeds up the fix of the defense.

12.  Bengals– Mike McGlinchey (OT, ND)- Right behind Connor Williams, McGlinchey will shore up the Bengals issue in protecting Andy Dalton in the latter years of his career.

13.  Packers– Derrius Guice (RB, LSU)- Guice is a TRUE running back.  Something the Packers just can’t seem to get on a consistant basis.  You could argue interior OL here, but Aaron Rodgers needs someone next to him who can take pressure off.

14.  Redskins– Christian Kirk (WR, A&M)-  A full year without a true #1 caused some struggles for Cousins (who may or may not be back), either way, the Skins need a big, fast receiver to take the top off the defense

15.  Cardinals– Baker Mayfield (QB, Oklahoma)- Palmer is all but done in AZ and they have no other options.  Mayfield fits the bill.  He’s a proven winner with an attitude that is infectious.  He should start immediately in AZ

16.  Ravens– Quenton Nelson (OG, ND)- the amount of injuries sustained up front in Baltimore was ridiculous.  With the injury to Yanda, and him not getting any younger, Nelson can immediately step in and play.

17.  Chargers– Rashaan Evans (LB, Alabama)- Adding Evans to Melvin Ingram and Joey Bosa makes this front 7 one of the best in the NFL.

18.  Seahawks– Denzel Ward (CB, Ohio St)- Time to hit the reset button in Seattle.  The Leigon of Boom is all but done and need a fresh start.  Ward is a great start.

19.  Cowboys– Harold Landry (OLB, BC)- Cowboys have had issues on defense (Sean Lee getting hurt a lot), they need Landry who can get after the QB.  He will add another dimension to the front 7

20.  Lions– Bryce Love (RB, Stanford)- This may be a bit high for Love but the Lions have a huge need for a RB who can actually run the football.  They haven’t had a 100 yard rusher since Reggie Bush in 2013. 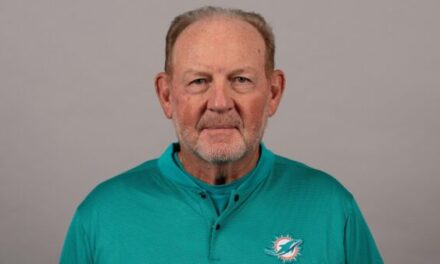 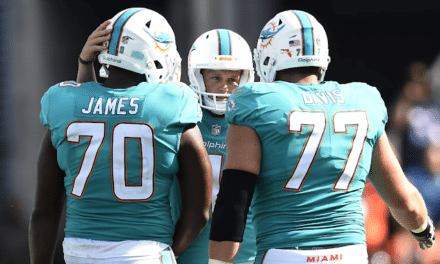 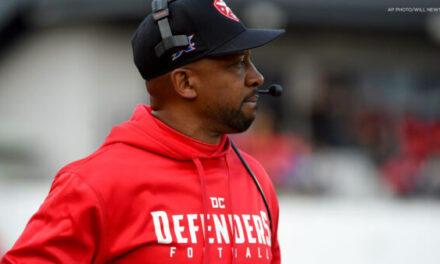 DolphinsTalk.com Daily for Wed, Jan 24: Latest On Where Miami stands with Tannehill & Who is Out there to Replace Landry Should He Not Be Back