Happy Friday Dol-Fans!!! I am very excited to produce my first Top 11 Mock Draft for the 2018 NFL Draft. This Mock Top 11 will assume that the Top 11 picks stay the same, with no trades taking place. Here we go:

1. Cleveland Browns– Sam Darnold QB, USC – I know there will be talk of Saquon Barkley out of Penn State, but I think the Browns will go with the super talented QB here at Pick number 1.

2. New York Giants– Saquon Barkley RB, Penn State- Think about the last time the Giants had a true home run threat at the position. If the Browns pass on him, I believe the Giants would be foolish to pass on Barkley.

3. Indianapolis Colts– Bradley Chubb DE, N.C. State- The Colts are in desperate need of guys who can get to the quarterback, and this would be a really good start for them. This guy has a motor like few others, and he has the ability to be a true difference maker.

4. Cleveland Browns– Minkah Fitzpatrick FS, Alabama- The overhaul of the Browns secondary continues with the best secondary player in the draft. In today’s game, you can never have enough elite secondary players. Pairing him with Jabrill Peppers will be a sight to see.

5. Denver Broncos– Josh Rosen QB, UCLA- The Broncos are in desperate need of a quarterback. I know Josh Allen and Baker Mayfield are on the board as well, but if Rosen is there, he will be selected by Denver with this pick.

6. New York Jets– Baker Mayfield QB, Oklahoma- Baker Mayfield will be the best QB to come out of this draft, I doubt you heard that here first. I love everything he brings to the game. From his big play ability to his leadership, this kid is going to be a stud.

7. Tampa Bay Buccaneers– Quenton Nelson G, Notre Dame- After watching videos of this guy play, I would kill for him to fall to the Fins, but there is no chance of that taking place. This guy is nasty on the football field, and he will be a future pro bowler for many years to come.

8. Chicago Bears– Denzel Ward CB, Ohio State- I know a lot of people are high on Josh Jackson as well, but I like Ward just a tad more. His athletic ability is freaky good and will be a nice piece for the Bears moving forward.

9. San Francisco 49ers– Josh Jackson CB, Iowa- The 49ers look like they are going to make a ton of noise next season, and if a talent like Jackson falls to #9, John Lynch will swoop him up extremely quickly. Josh Jackson will give the team a true #1 Cb for years to come.

10. Oakland Raiders– Roquan Smith LB, Georgia- The Raiders need upgrades all over the defensive side of the ball, and the most talented linebacker in the draft would be a great pick here.

11. Miami Dolphins– Josh Allen QB, Wyoming- Do we need a Quarterback in Round 1? No. Would I like a QB in Round 1? Not sure. However, I would not mind this pick whatsoever. With Smith and Mayfield off the board, I think this would the best case scenario for the Fins.

Please let me know what you guys think! Now and Forever… GO FINS. 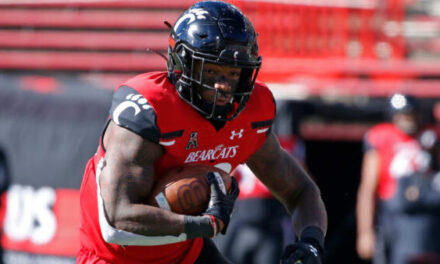 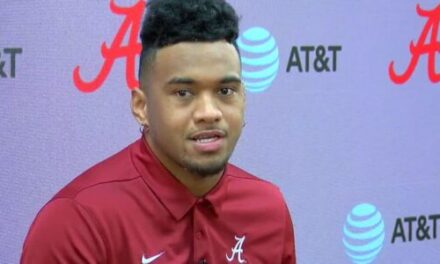 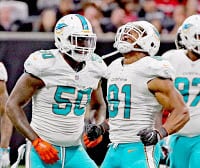