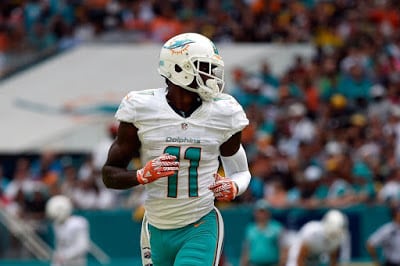 Just as former Dolphin Jay Ajayi is preparing to play evil
Emperor Bill Belichick Dolphins fans are eagerly awaiting the 2018 Free Agency,
Draft and looking forward to training camp. With that in mind it is the perfect
day to start analyzing what the Dolphins 2018 starting lineup will look like.
For the matter of this exercise I will assume all free agents-to-be will be
gone and will avoid guessing who would replace them.  However, I will indicate
in the analysis if I think it is a position of need or one that I assume they
will address. Brackets indicate possible backup.
Quarterback:

Ryan Tannehill (David
Fales) Every report indicates that #17 will be back in perfect shape by the
start of OTA´s. I fully expect him to be right back where he left off. He is a
perfect fit for the Gase wants to run, is much more accurate than he gets
credit for (62.1%, completion percentage, for comparison sakes Alex Smith
has a 62.4%) and last season we also learned how important his leadership is to
the Dolphins.  I fully expect him to be fully mobile, but it will be
interesting to see if he is more reluctant to scramble after the injury. I
fully expect the Dolphins to select a Quarterback in the first three rounds to
serve as backup and heir to be.

Kenyan Drake (Senorise
Perry)
Drake was a pleasant surprise late in the season. Not only is he a
constant homerun threat but he is also becoming a more reliable pass blocker,
making him a complete down 3 down back.  Perry hasn´t shown much and the
Dolphins will likely bring in a running back to complement Drake and who can
share the load. Let us not forget that Gase has always preferred a running back
by committee approach.

DeVante Parker, Kenny Stills and Jakeem Grant (Leonte Carroo, Reshawn Scott)
Despite another disappointing season by DVP I still hold
high hopes for the former 1st round pick. His ability to make take
it to the house in any short pass still makes him a dangerous weapon. Stills is
probably the most reliable WR in this scenario, his leadership ability in the
room can also not be overlooked. Grant for me is still a question mark. No one
can deny his big play potential but I´m still not sure how he´ll hold up in a 16-week
season. Regardless, I have high hopes for his development and look forward to
seeing more big plays from him. I am concerned about the depth at this position,
but it is probable that they will address this issue in free agency.

AJ Derby (MarQueis
Grey)
Derby was a shock to me. He immediately got onto the field
and showed he could, potentially have some big play ability to him. However, it
is obvious to anyone that this is the weakest position in the Dolphins offense,
not to say in the whole roster.  Grey has shown he has big play ability
and I hope they find a way to get him onto the field more often, his deceptive
mix of speed and strength could provide defenses with matchup problems. I
expect and hope the Dolphins will address this position through free agency and
the draft.

Laremy Tunsil, Jay Larsen, Mike Pouncey, Jesse Davis,
Ja’Wuan James (Anthony Steen, Erick Smith,
Sam Young)
It
was a season of contrasts for an offensive line that could rarely establish a
consistent running game or provide any sort of protection against the pass rush.
Still there were some promising signs particularly from Jesse Davis, I expect
him to compete for either the RT or RG position, especially if they part ways
with James. Mike Pouncey was another piece of good news, finally managing to
play a full season. Jay Larsen was a definite upgrade after coming back from
IR, Tunsil experienced some expected growing pains in his tackle position and
despite some calls from fans and press to bring him back to Left Guard I fully
expect him to develop into a good Left Tackle. Depth as always is a concern at
the offensive line, but top backup Anthony Steen showed some good glimpses to
warrant further investment. Tackle Sam Young was not as unreliable as he was in
previous seasons. I also have high hopes for undrafted rookie Eric Smith. He
had a strong training camp; if he does the same this time round and the
Dolphins don’t select a RT in the draft I fully expect him to compete for that
position.  Still I expect the dolphins to address the interior of the
offensive line in the later rounds of the draft. 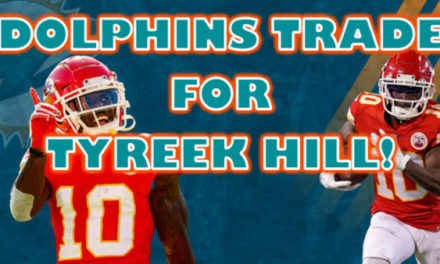 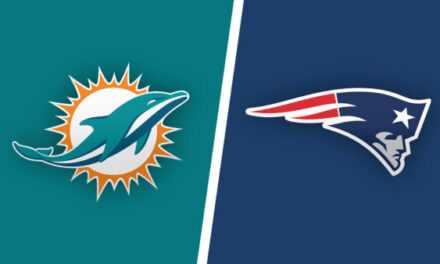 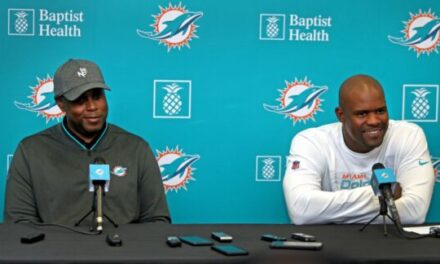 Is the Flores-Grier Rebuild at a Crossroads?