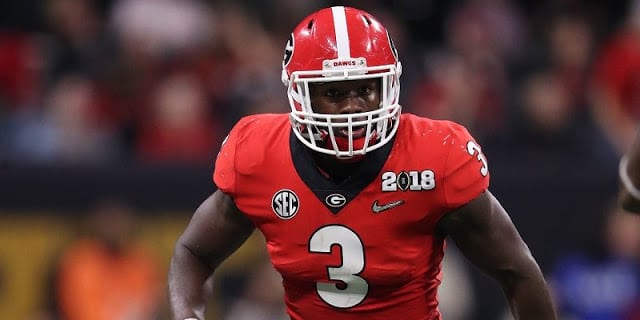 I am currently in my fourth year of writing my ‘five players the Dolphins could target at pick x’. In my first year of covering the ‘Fins I fell in love with WR DeVante Parker out of Louisville, RB Todd Gurley of Georgia who’s injury question mark might have caused him to fall to Miami and CB Trae Waynes from Michigan State. My other targets were Washington duo Danny Shelton or Marcus Peters.

In 2016 no one would have believed that Laremy Tunsil, a consensus top-5 pick would have fallen to Miami with my conservative targets of Vernon Hargreaves, Taylor Decker, Artie Burns, Shaq Lawson and Joshua Garnett. In 2017 I identified Hasson Reddick, Jarrad Davis, Forrest Lamp, Tak McKinley and Jabrill Peppers – presuming that Reuben Foster was a lock to go in the top-10.

While I would love for QB Josh Rosen of UCLA or edge rusher Bradley Chubb to fall to Miami at pick 11, below is a realistic look at five players the Dolphins could target in the 2018 NFL Draft.

Quenton Nelson and RB Saquon Barkley are the consensus top prospects in the upcoming NFL Draft. The problem for Nelson is that he plays in a position that is often overlooked and considered not a “sexy” pick. With a lot of QB needy teams expected to maneuver into the top ten causing talented defensive players to fall, teams might overlook Nelson allowing him to fall into Miami’s lap at 11.

Nelson is an old school snow plough who relishes contact and looks to beat up opponents in the run game. While I’m not sure if he’s the proto-typical guard prospect for zone blocking, Nelson’s ability to open holes and put interior defensive linemen on the turf makes up for any lack of speed in getting to the second level. In pass protection Nelson uses his immense strength and size to anchor and hold off bull rushes, while his quick feet and ability to slide allow him to pick up stunting linemen.

Nelson has seen A LOT of football and is a highly intelligent interior line prospect. I truly believe this is the type of player you plug in and play as your starting left guard for the next decade. A position that has haunted Miami for a decade would suddenly be an elite unit with Nelson and newly signed Josh Sitton.

Miami has prioritised re-tooling its offensive line in free agency but has done nothing to add another quality starter alongside WLB Kiko Alonso and MLB Raekwon McMillan. Roquan Smith is an undersized linebacker with tremendous instincts, sideline-to-sideline speed and a tackling machine who led his defense to a national championship appearance in 2017.

Smith would be an excellent plug-and-play linebacker who would help the unit in shutting down the run to the outside and also more importantly, in pass coverage. While Smith is not a plugger who can take on and beat linemen in the hole, he sees everything. Smith’s excellent vision allows him to quickly diagnose the play and react accordingly. This often results in him using his speed and agility to maneuver around pulling linemen rather than having to directly take them on in the hole. Smith is an excellent linebacker prospect who could help upgrade a young Dolphins defense. He could fall to Miami at 11 if teams are overwhelmed by the athleticism and size of Virginia Tech’s Tremaine Edmunds.

It seems likely that either Edmunds, Smith or Nelson could be available for Miami to select at 11 unless the board doesn’t shake out how I expect and a number of quarterbackers slide. Edmunds is a rare linebacker prospect due to his enormous size and freaky athleticism. He has sideline-to-sideline speed, an ability to stick with tight ends in coverage and the size and strength to take on blockers in the hole.

There has never been a linebacker prospect like Edmunds who combines his elite size, speed and explosiveness – it is these unique traits that will likely get him drafted high and potentially in the top-10. He is extremely young and will turn 20 only a few days after the combine. Every defensive coordinator and position coach in the NFL would love to get there hands on him and mould/ perfect his game. He has all-pro potential but does not read the game well like Roquan, something that could take a year or two in the pro’s to develop. If Miami landed Edmunds, they might finally have an answer for how to line up opposite Gronk and turn their linebacking corps from a position of weakness to a strength.

A freaky and rangy edge rusher, Marcus Davenport will likely be available at pick 11 and has plenty of upside. Labelled with the small school tag, some teams might question marks how he will perform against better competition. Davenport has a long frame that he uses to set the edge against the run, something the Dolphins could certainly do with – Charles Harris and Cam Wake are undersized 4-3 defensive ends. A team that has historically struggled against the run would be getting an excellent edge rusher who can both let it loose and beat tackles round the corner to get after the QB and set the edge in the run game.

Davenport could do with improving his hand usage and learn how work off blocks rather than allowing himself to be consumed by tackles, something that tends to happen. He was a stand up pass rusher for UTSA and clearly as a 4-3 DE he will need to learn how to play with his hand in the dirt. Davenport flashed at the Senior Bowl and tested well at the combine, the Dolphins would love to pair Davenport with Quinn and Harris as the D-Line gets younger. Davenport could certainly learn plenty about pass rushing working underneath Cameron Wake!

Baker Mayfield is a highly accurate and divisive quarterback. Controversy surrounds Mayfield and it should not go without notice that the only player under 6’1″ drafted in the first round is Johnny Manziel. While I am not comparing his game to Manziel, the height argument still stands but those who love Mayfield will highlight the shorter statures of Drew Brees and Russel Wilson.

Mayfield would be an excellent quarterback in Adam Gase’s system. He has the athleticism to roll out and make defenders miss in space resulting in ends having to defend the read option rather than crash down on the ball carrier. Mayfield is highly accurate and would work well with the skill sets of the current receivers on the roster. He has seen plenty of football but some may still be concerned due to him operating in an air raid offense – Jared Goff and Patrick Mahomes might go a long way to finally silencing this critique. Mayfield could be an intriguing option if available at 11, while publicly Gase has backed Ryan Tannehill – if the option of taking Mayfield and grooming him as a franchise QB presents itself, might Miami pull the trigger?

While the current Dolphins regime has favoured 6 foot plus corners, Jaire Alexander is an intriguing proposition at pick 11. While it is unlikely the Dolphins select Alexader, if the board shakes out where none of the above are available and Miami does not want to take a quarterback, the case could be made for taking Alexander. While Alexander’s injury history might concern some teams, he looked super smooth at the combine and his tape is impressive. Not the new prototypical size at 5’11” and 192lbs but he runs a 4.38 and has a quick trigger when breaking on the ball in zone coverage. He’s a play making cornerback and in a league where teams spend the majority of their time in nickel and dime packages, you can never have too many quality corners. 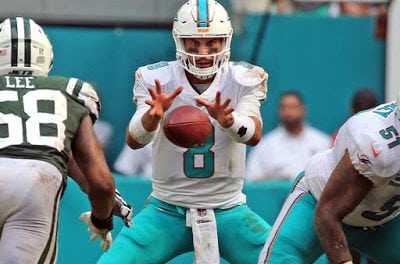 DolphinsTalk.com Daily for Tuesday, Nov 28th: Why It’s Time to Move on From Matt Moore 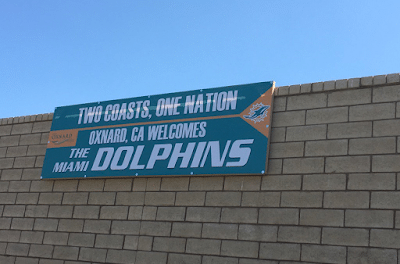 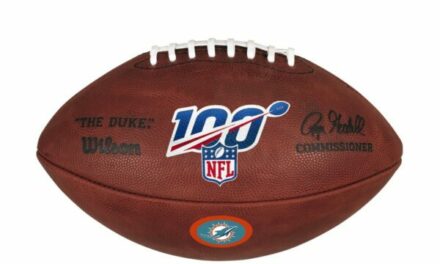