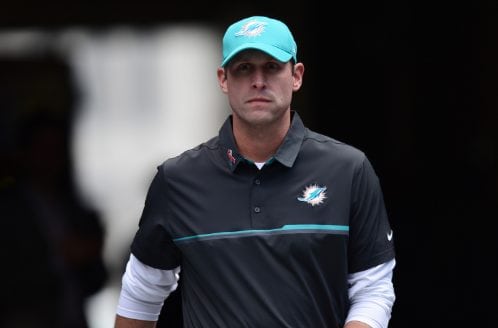 The 2018 NFL season is around the
corner and much has been made about what the Miami Dolphins have done this past
offseason, from trading their number one receiver Jarvis Landry to cutting
their top defensive player in Ndamukong Suh. Those two losses alone have most
of the top football analysts and experts already labeling the Dolphins as one
of the worst teams in football and are predicting Miami will finish at the
bottom half of the NFL in the standings this upcoming season, I don’t quite see
it that way.
Yes, Miami fielded a more talented team
in 2017 in terms of “star power” which included Suh, Landry, and even running
back Jay Ajayi (before he was traded at the deadline to the Eagles last
season), they lost their starting quarterback Ryan Tannehill during camp and
replaced him with Jay Cutler – who many saw as an upgrade (rolling eyes).
Despite having the talent, Miami only won 6 games. So, what was the problem? It
wasn’t talent obviously, but the Dolphins lacked what most did not see… not the
fans, the media, and certainly not the “experts” … the team lacked vision,
lacked depth, lacked identity.
This offseason, the Dolphins front
office with the blueprint given to them by Adam Gase have begun to mold the
team to match his vision. What most forget or don’t realize is that Gase came
to Miami and went to the playoffs with Joe Philbin’s guys in his first year…
they weren’t his players. He had to determine which guys were his fits in his
locker room. In his second year (the year of Cutler), he realized Ajayi was
more of a migraine than a headache and had him traded, he determined Landry
wasn’t worth the money he demanded and can do more or the same with two other
players and had him moved, and in the end decided Ndamukong Suh wasn’t worth
the money to keep in his locker room if he wasn’t willing to be the leader he
needed him to be.
In the 2018 offseason, unlike in years
past, Miami did not make “break the bank” on any one player or make any
“splashes” and instead made smart moves on good veteran players that fit Gase’s
system and most importantly his locker room. In the draft, they followed the
same philosophy – they never reached. They stuck to their board and allowed the
draft to fall to them, selecting a top-five safety in Minkah Fitzpatrick, the
two tight ends to benefit the returning Ryan Tannehill, and the do it all
halfback out of Arizona State.
Each player cut, traded, signed, and
drafted this offseason has one common denominator and that is Adam Gase. He has
constructed this team according to his vision, by his design… which is a good
thing because that is what Miami lacked… and now it has become their identity.
This 2018 Miami Dolphins team may not
be as talented as the 2017 team, but it will be better balanced in terms of
depth, it will be more skilled, it will be more competitive, and it will match
the identity of the coach. I am saying they’re going to the playoffs (not that
it’s not possible), but by the end of this upcoming season – this Miami
Dolphins team will be trending up in the eyes of many, no matter what their
record is…
Follow me on Twitter at @BobbyFinstalk for
News, Rumors, and Opinions on everything Miami Dolphins!

Jay Fiedler Joins the DolphinsTalk.com Podcast to Talk about his Time in Miami 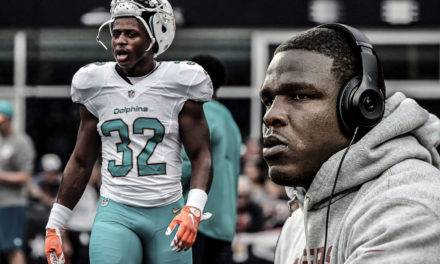 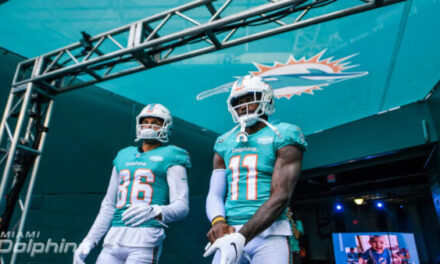 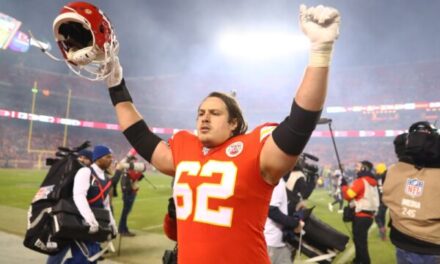