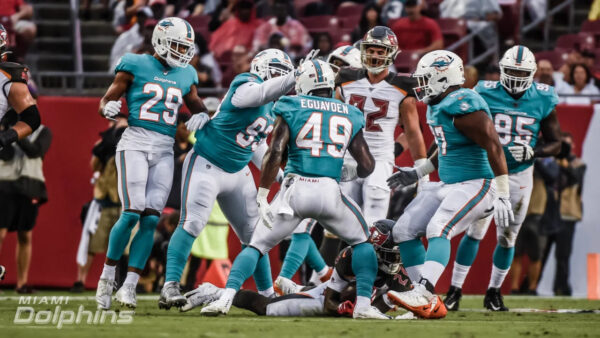 During the week 1 Miami Dolphins preseason game against the Atlanta Falcons, wide receiver Preston Williams became a household name amongst Dolphins fan circles. His circus catches along with his overall field presence made him an overnight sensation. After the Dolphin’s week 2 preseason game against the Tampa Bay Buccaneers, a new name is emerging as someone to pay close attention to: Linebacker Sam Eguavoen.

Eguavoen, pronounced Ug-wah-ven, is a Texas Tech graduate who signed with the Miami Dolphins this past January. After going undrafted during the 2015 NFL draft, Sam spent three seasons with the Saskatchewan Roughriders of the Canadian Football League, where his production improved each season he was on the team.

During the Dolphins versus Bucs preseason game, Eguavoen earned the starting role at linebacker, due to Kiko Alonso and Jerome Baker sitting out the game. During the game, Eguavoen was all over the field. He displayed strong skills in speed, tackling, awareness, and overall field presence. During the first half, it appeared that he was part of every positive defensive play that the Dolphins were stringing together. He ended the game with a total of seven tackles, two tackles for loss and one forced fumble.

Sam Eguavoen is a definite keeper for the Dolphins. This kid just makes plays and is someone who will not only contribute on the field for the Dolphins in 2019 but in years going forward. Great job by the Dolphins front office to find him in the CFL.

The most impressive thing about Eguavoen’s night was not just his stat line, but also the technique and moves he used to make his plays. On a few occasions, you could see him shed an offensive player in order to make his play. He would be engaged with the offensive player, then, through strength and awareness, he would push off the offender and make his tackle of the ball carrier.

On a few blitz packages, Eguavoen could be seen exploding through the line towards the quarterback. Although he did not end up sacking the quarterback, he would disrupt the plays.

For Miami Dolphins fans who have been following the team’s training camp this season, Sam Eguavoen has been a name mentioned many times due to his positive plays during practice. So, to see him put together a great game comes as no surprise.

But, for a team that has been hungry for a talented linebacker group for so many years, the pleasant surprise may be that the Dolphins will have Kiko Alonso, Jerome Baker, Raekwon McMillan, Sam Eguavoen, 5th round rookie Andrew Van Ginkel and others at the linebacker position.  And this linebacking corps could be the best the Dolphins have seen in over 10 years!

If Eguavoen can have even just a small amount of success like that other ex CFL player the Dolphins had for so many years, this would be a great pickup for the team. 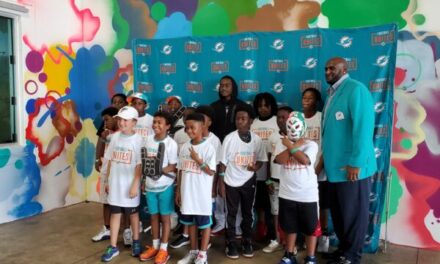 Playoffs?! An in depth look at Week 12 and Beyond 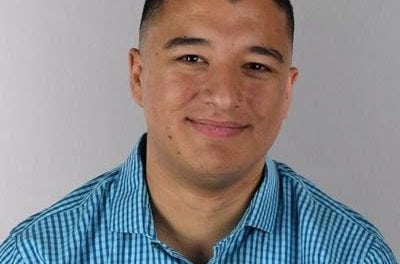