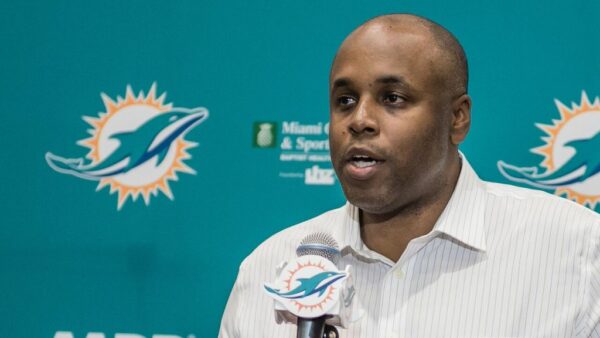 Like many fans last Saturday, when the Miami Dolphins traded Laremy Tunsil and Kenny Stills to the Houston Texans for 2 first round picks and a second-round pick, my jaw dropped. I couldn’t believe the Dolphins traded two of their best offensive players including a cornerstone left tackle in Tunsil entering the prime of his career. However, as a week has gone by, I get the reason the Dolphins made the move, but that doesn’t I like or agree with the move. I personally wouldn’t have given up Tunsil, but if the Dolphins are going to go headfirst into this rebuilding process they can’t go into half ass. I’ve seen too many times over the years the Dolphins start to rebuild only to get away from what they are doing. The Dolphins for the past decade have been anywhere from 6-10 to 10-6 and frankly that’s average. It means the Dolphins are competitive, but not good enough to get over the hump.

The Dolphins had to get their salary cap in line. They had too many bloated contracts for players who are meeting their performance on the field. This year the Dolphins traded or released guys like Ryan Tannehill, Robert Quinn, Kenny Stills, Kiko Alonso, and TJ McDonald to create more money in future years. Part of the Dolphins problem is giving big contracts to free agents, such as Ndamukong Suh, Mike Wallace, Brandon Albert, Jake Grove, and more whose performance doesn’t meet their salary and the team gets rid of them within a couple years after signing their contracts. It’s time for the Dolphins to stop spending big deals and try another direction because it wasn’t working.

The Dolphins season is just hours away. The rebuilding year will begin, hopefully its not as painful as many think it will be,

The Dolphins after the Tunsil trade have positioned themselves to get a top quarterback in next year’s draft, which has been the biggest problem for the team since Dan Marino retired. They flat out haven’t tried find a young quarterback or waited too long on guys to step up, but instead regress over time even when the signs are there. Tannehill was given 7 seasons and it was so obvious he wasn’t a franchise quarterback. Before Tannehill, they gave Chad Henne 3-4 years and after Marino Jay Fiedler was given 5 years. Instead of seeing the obvious signs that these guys weren’t franchise quarterbacks, the team kept giving them another year hoping they would get better only to prove them wrong.

The Dolphins have had chances to get quarterbacks especially in the draft. In 2001, Drew Brees fell to the Dolphins in the late first round and instead of drafting him to compete with Fiedler they passed on him for a defensive back named Jamar Fletcher when the team already had Sam Madison and Patrick Surtain on their roster in the prime of their careers on long term deal. Over the years, the Dolphins have also passed on Aaron Rodgers and Matt Ryan both franchise quarterbacks for the teams that drafted them. The Dolphins have been passive to trade up to get a quarterback, such as Patrick Mahomes in 2017 and Josh Allen, Sam Darnold, and Baker Mayfield in 2018. The team has had no fore-site to take a quarterback. The team has wasted trading picks on other quarterbacks like AJ Feely who was a product of the Andy Reid system when he was with the Philadelphia Eagles. Good front offices have the fore site to go after a young quarterback in the draft and this team hasn’t since before Marino retired and after. That has to change.

An argument can be made why is Chris Grier, the general manager, in charge of this rebuilding process when he has been here for 20 years and while he might not have had final say had input? One thing Grier does have going for him is he brought in Reggie McKenzie, who helped the Raiders get out of salary cap hell earlier this decade with the Oakland Raiders. He also brought in Marvin Allen who is considered a top talent evaluator at the college level. Alot of the players, on the Kansas City Chiefs were drafted by him between 2013-2017 including help Reid make the trade up to get Mahomes. He went to Buffalo in 2018 and did the same thing to help the Buffalo Bills get Josh Allen so maybe these two moves might help them. The Dolphins haven’t drafted well, but that has to stop with all of the picks acquired in the Tunsil trade and other they need to build a solid nucleus of players, but most of all find a quarterback.

The roster has been gutted and it will continue, but they have to do something different. It’s better than settling for being average. 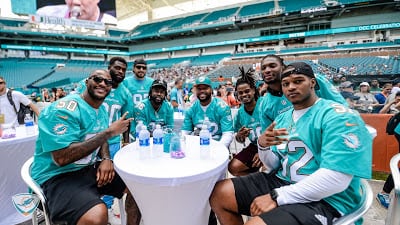 This Weekends DCC VIII was a Huge Success 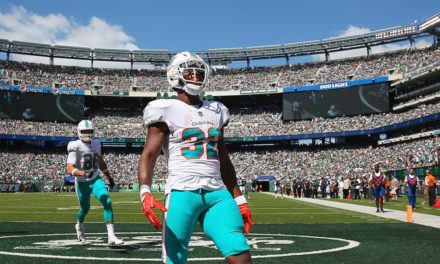