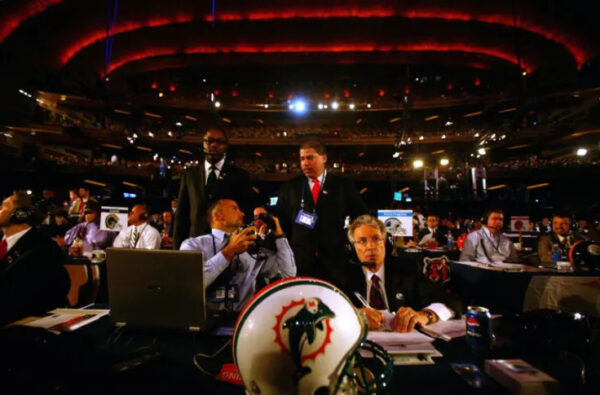 Come draft weekend, the Miami Dolphins will know who their Franchise Quarterback, Offensive Tackle, and Safety, and Running Back will be for the future. With the Dolphins having some of the most draft capital in recent history, it is time for them to take advantage of this opportunity to dominate in this draft.

The Dolphins have too many holes to trade the house for Joe Burrow, but we should make some trades to secure top available talent. We must select the QB we have been waiting for and add weapons throughout the entire roster.

Due to the entire crisis and the inability to meet with prospects prior to the draft, this will enable the Dolphins to sit at 5 and select their guy since the beginning. Tua inhibits everything you want in a Quarterback that can be a leader for a team. He has the accuracy and instincts to become a playmaker in the league.

Since I won’t predict any trades, I have the Dolphins selecting the best lineman available. He has the size to be a productive OT in the NFL and has played in a very up-tempo offense. He should be used to the heat and transition well to Miami’s new style of play.

The best RB in the draft, this pick should almost be penciled in for the Dolphins unless a top name falls to the end of the draft. With Swift’s playstyle, he has the ability to be a top player at his position that has all the tools. He will give us an instant boost in offensive production and help Tua in the backfield.

A complete Army Swiss Knife. Just like his father, he can play every spot in the secondary and will always make a play on the ball. If we select someone with Winfield’s caliber, we would be building a strong group that can handle top offenses. Byron Jones and Xavien Howard will control the boundaries, Bobby McCain is set to be right at home in the slot, Eric Rowe will take on bigger WR’s/TE’s, and Winfield will monitor the middle and be a ball hawk.

Now it’s time for the Dolphins to beef up the interior OL. We need to do whatever we can to keep Tua healthy, and what better way than to draft the Center from one of the top OL group in the nation. He was listed as someone who can be a starter within two seasons, which lines up perfectly with Ted Karras contract.

I do believe Miami needs the most work at the OL, and our coaches have shown interest in a few Auburn players recently. If we are able to land Prince Tega Wanogho, we can then switch Jesse Davis to Guard. Prince is a very athletic Tackle who can develop into a starter if guided by the right personnel. I have no issue with this selection because it is a way to keep the future of this organization active each week.

This is a playmaker who should potentially go in the third round. He made a name for himself during this past season as he caught 86 passes for 1300 yards, and 13 Touchdowns. He has great speed when the ball is in his hands and has a very similar play style to Jarvis Landry. With someone this talented, we should make our offense even more lethal and contend right away. We have the draft capital to make series of moves this upcoming week.

With the remainder of the draft, I expect the Dolphins to pair them up to move up and find more quality type athletes who can make an earlier impact. I would love to see us select another CB, DL, EDGE, and depth.

We have a great staff that has drafted some elite talent during their experience and will look for the next greats. I believe we can make an impact this season with the AFC East being wide open.

Who do you want the Dolphins to draft? 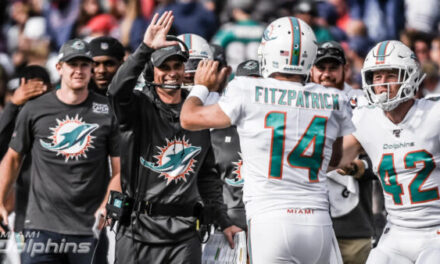 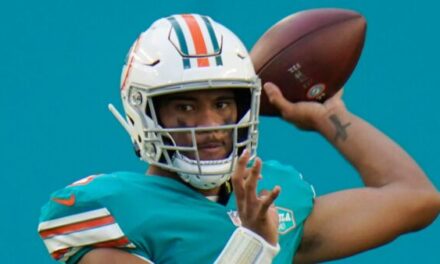 State of Emergency in Miami: What Watson, Tua, and the Trade Deadline Mean 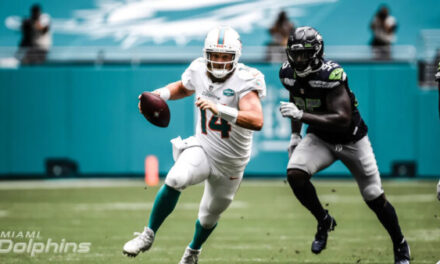 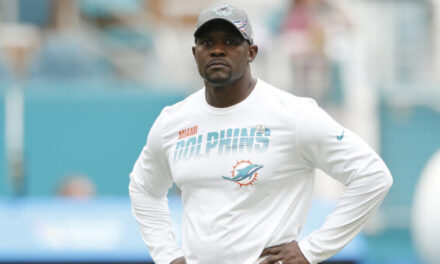