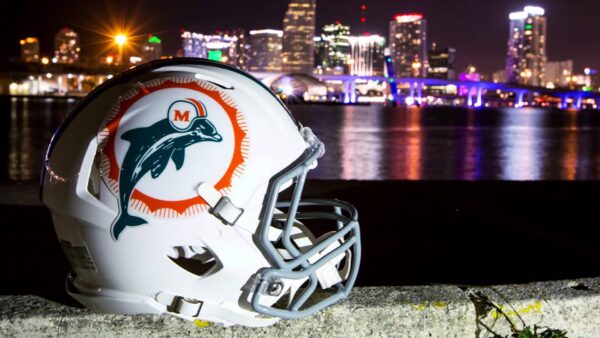 The ball floats through the air, gliding, hanging, spinning, on its way to its inevitable destination. Seconds later, still clutching that perfectly-thrown ball, DeVonta Smith points one finger to the air and sprints through the endzone before being mobbed by his teammates as they rush past the shocked defenders. Georgia had held a 13-0 lead at halftime before destiny came calling, and Tua Tagovailoa answered.

The game-winning throw had come from a quarterback whose first meaningful minutes in college had come in the second half of the biggest stage in all of collegiate sports. And in the National Championship, Tagovailoa delivered.

That throw had significance outside of just winning Alabama another title — it made a struggling NFL franchise take notice of a player as remarkable as Tua Tagovailoa.

The Miami Dolphins had just capped off a disappointing 6-10 season under head coach Adam Gase, but the worst was yet to come. Next season as the losses piled up, Gase could be seen each game sitting on the bench, alone, drawing endlessly on a play sheet or a whiteboard with his cockeyed hat pulled low over his face. That image of Gase was a perfect representation of the previous twenty years of Dolphins football. For many of us young fans, that’s all we’ve known — Nick Saban eschewing Drew Brees and then deserting the franchise, Tony Sporano getting the most out of a sub-par team but coming up short, Joe Philbin feeling “queasy” and choking at the end of the regular season, or Adam Gase making snarky comments to the media and running an undisciplined, underachieving team that quite clearly quit on him at the end of his final season.

It’s been a bumpy road since Dan Marino hung up the cleats.

Fast forward to the offseason heading into the 2019 season, however, and things feel different. Owner Stephen Ross says that he wants to build a sustainable winner that can go to consistent championships and not rely on band-aid free agent acquisitions and constant splurging on veteran contracts. Brian Flores is hired and in addition to being half of the NFL’s only minority GM-head coach duo, brings a refreshing approach that emphasizes discipline, hard work, and a team-first mentality. And finally, the team is gearing up (or down) for a full-scale rebuild that saw countless familiar names sent away, even stars like Cameron Wake and Laremy Tunsil.

While the word “tank” became something of a firestarter between fans and media members alike, there’s no denying the optics of what the franchise was doing — they were getting ready to field a talent-starved roster in order to hit the reset button once and for all. There was only one problem: Flores was doing his job a little too well, and as the Dolphins started winning games later in the season there was anxiety that the team was going to play its way out of a draft position to snag someone like, say, Tagovailoa — someone who could single-handedly change the direction of a struggling franchise. After a week ten win that gave the Dolphins two total victories while teams like the Bengals and Redskins were still floundering, it seemed like the team was fulfilling some age-old prophecy; we were going to mess up something as simple as a tank for a good draft pick.

Then, on November 19th, something bizarre happened.

Tua suffered a serious injury to his hip; it was dislocated. People were comparing the injury to what had happened with Bo Jackson and wondered if Tua would ever play again. As he was carted off the field, nose busted, face twisted with pain, Dolphins beat writer Omar Kelly tweeted something prophetic:

“Do you believe in destiny?”

The injury to Tua destroyed Alabama’s hopes for a national championship and it isn’t something that Tua would have hoped for, but it did serve one purpose: it put enough of a question mark around Tua’s draft status that the Dolphins could keep winning and possibly still be in a position to get their quarterback of the future at a lower draft pick.

Since the days of Dan Marino, the Dolphins have swung and missed so many times trying to find the next version of that curly-haired kid from Pitt. Daunte Culpepper, Cleo Lemon, John Beck, Chad Henne, Pat White, Ryan Tannehill — the list goes on, but none have come close. As for head coaches? No one has been able to even hold a candle to the great Don Shula, because people like Cam Cameron, Saban, Philbin, Gase, or even Jimmy Johnson haven’t cut it. 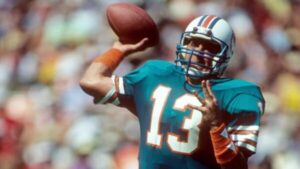 With all the failure of the last two decades it’s been fair to wonder — will Miami ever get back to its days of greatness?

A fair question, but Dolphins fans can take solace in one undeniable fact: that sports and destiny seem to walk hand in hand. Some examples…

The Saints brought home a resounding MNF win against the Falcons in their first game back in New Orleans after Hurricane Katrina.

Brett Favre threw for 399 yards and 4 touchdowns the day after his father died in a 41-7 victory over the Raiders.

In the Marlins’ first game following the death of Jose Fernandez, friend and teammate Dee Gordon blasted his first home run of the season while wearing Fernandez’s number 16 jersey.

What I’m saying is that the Dolphins are due.

Going back to the 2019 season, Tua’s hip injury changed everything. The team drafting him didn’t need the first overall pick anymore, so the Dolphins could keep winning under first-year head coach Brian Flores (which they did, going 5-4 in the second half of the season).

Fans hadn’t forgotten about the Dolphins’ reported interest in Tagovailoa ever since that 2018 National Championship and kept a close eye on his recovery even as members of the media began projecting him to other teams in the NFL draft scheduled for April of 2020. The days leading up to the draft were a frenzy of disinformation, with Tua being projected to go all the way from second overall to falling out of the first round. One thing, however, was certain — he was still a tantalizing prospect.

The ability had always been obvious, and Daniel Jeremiah’s Move the Sticks podcast on Tagovailoa served as further evidence for our fans. Vinca Passas, Tua’s high school QB coach, mentions how Tua would be competing with high school and college-aged kids before even turning ten, dropping dimes on 25- and 30-yard outs with kids twice his age. Trent Dilfer, Tagovailoa’s private QB coach, reinforced this confidence by claiming that Tua has been the best prospect he’s ever seen.

Kirk Herbstreit alluded to Tua’s leadership ability when he reflected on his first time seeing him at practice, the final one before the 2018 National Championship. He said that “when he came in you could almost just feel the receivers go, here we go, here we go,” as if they knew they were going to be catching passes from someone special. The next day Tua threw the game-winning touchdown pass. And through it all, everyone in the media says that as a person he is still remarkably humble and good-natured. These are the kind of traits you just don’t find very often in the same person — the killer instinct, the leadership, and all the while the easy personality.

However we define “it,” Tua has it. He has it in spades. He seems like the kind of player who can completely transform a franchise and lead it back to levels of greatness it once knew. And now, with the benefit of hindsight after the 2020 NFL Draft, he’ll be able to try and do just that with the Miami Dolphins. Grier and Flores were able to snag him with the 5th overall pick after winning those games at the end of the season; he fell right into their laps.

It seemed meant to be.

Perhaps there’s something bigger than we can see going on in South Florida. Ryan Tannehill was the seventeenth starting QB for the team since Dan Marino, and curiously wore number 17. Now, Tua has picked number 1, as if he’s resetting the order for a fresh start for Stephen Ross’s beleaguered franchise. Even Don Shula’s heartbreaking passing could be looked at as a sign of things to come — maybe, just maybe, Coach knew that the Dolphins were finally back in good hands.

With Tua getting ready to play his first season for the Miami Dolphins, the only question that matters now is…

Do you believe in destiny? 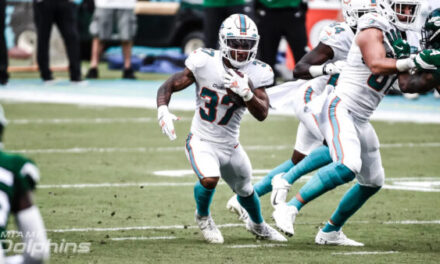 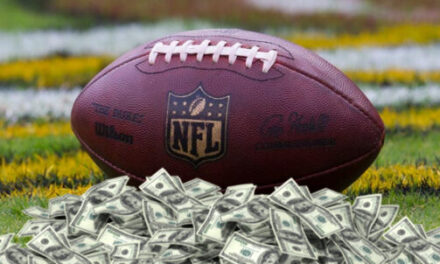 How to Watch NFL 2021 Season Online 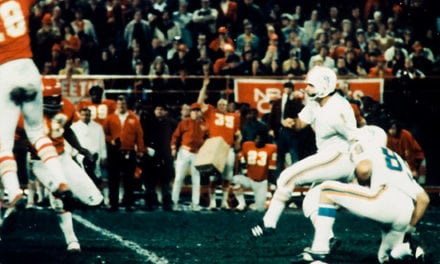 Countdown to Kickoff: Redskins vs Dolphins