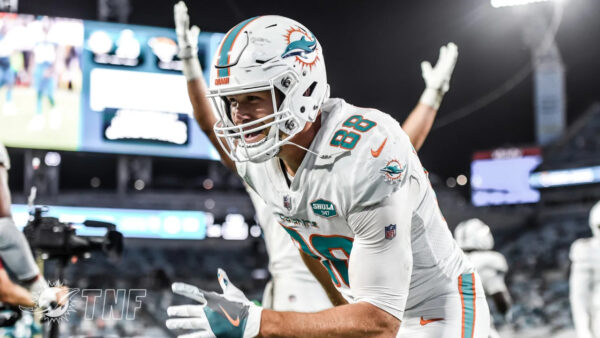 What’s up Dolphins fans! I’m excited because I finally get to write an All-22 after a win. It’s the first time all year I watched the All-22 and didn’t immediately come away enraged by the play of the team. I call that progress.

It’s been a minute since the Dolphins beat the Jaguars 31-13 on Thursday night but there were a lot of positives to take away from the game. The offensive had a dominant first half, the offensive line held up for a third straight week, and the coaching adapted their defensive coverages to stop big plays and help their young corners.

While the last reason I gave was definitely the most important part of the game. I figured I would shine a light on the offensive since I spent the first two weeks neglecting them to yell at the defense.

This play was great to see for a number of reasons, but chief among them was Preston Williams getting to redeem himself after dropping a touchdown in the red zone last week. Also, Ryan Fitzpatrick does a great job on this play, and I like the play call.

The Dolphins come out with an empty backfield, trips at the top of the screen, and two receivers to the bottom. Any formation with 5 wide receivers is something I can get behind, especially in the red zone.

When Fitzpatrick drops back he sees the FS off to the top of the screen. He’s not really in the middle and is cheating a bit presnap. Williams is in single coverage with the slot corner and is running a slant route.

It is absolutely vital for Williams to establish inside leverage on this play and it’s exactly what he does. He throws a little jab step to the outside at the top of his route and then breaks right across the CBs face.

Fitzpatrick waits for him to clear the underneath LB and then zips into the tight window for the touchdown. Slants are simple but pretty effective in the red zone, especially when you have this good of timing between WR and QB.

On the Dolphins’ second touchdown, they win in the trenches. Being able to dominate upfront can be quite a useful weapon inside the five for obvious reasons. While I don’t think the Dolphins dominated the Jaguars in this area, they certainly won the war.

The Dolphins come out in a unique version of 13 personnel. The one RB is short-yardage/ touchdown specialist Jordan Howard. In the backfield, he’s joined by FB Chandler Cox and TE Durham Smyth. The Dolphins have who I believe to be Adam Shaheen lined up as the right TE and rookie OL Robert Hunt as an extra TE on the left side of the line.

They end up running this play to the right. Cox comes becomes the lead blocker, and he does a tremendous job. He comes downhill, squares his guy up, and then moves them out of the gap. You can’t ask your FB for much more than that.

The other key blocks come on the right side of the OL. Solomon Kindley is asked to pull from RG to block the end, and he too does a great job. He gets out there quickly and then overwhelms his assignment with his size. RT Jessie Davis and Shaheen are tasked with down blocking the interior lineman for the Jaguars.

They don’t generate much movement but the blocks from Cox and Kindley are enough to create room for Howard who lowers his head and scores. I like the creativity by the Dolphins and the willingness to pull Kindley in a situation like this. It shows what kind of trust they have in him already.

This is easily my favorite touchdown of the game. Mike Gesicki wasn’t a huge factor in this game, but Miami did target him a bunch in the red area.

In this play, the Dolphins come out in the pistol with one receiver at the top of the screen and two receivers to the bottom of the screen. Gesicki is running a corner route to the front pylon while Parker is running something closer to a post route.

The Jaguars appear to be in some variation of Cover-3. This means they are splitting the field into thirds. The man responsible for Gesicki is actually CB CJ Henderson who started as the outside CB. The LB dropping into zone passes off Gesicki, but Henderson is late coming off his man which leaves Gesicki open.

Fitzpatrick puts the ball high and outside where only his guy could get it. Gesicki is a great option in the red zone and it’s nice to see Miami feed him the ball down there.

This play is also a ton of fun. Ryan Fitzpatrick exemplifies grit in a QB and this play is the perfect example of it. The Dolphins come out in an empty set and go five-wide with two receivers at the top of the screen.

The idea here is to spread the defense out and clear up the middle of the field. Jacksonville has LB Joe Schobert in the middle but neglects to lineup anyone over the center Ted Karras. This gives Karras a free release to the second level.

Karras gets up to the second level and pancakes Schobert into the dirt giving Ryan Fitzpatrick an easy lane to score. This is the type of play call you expect to see the Ravens run with Lamar Jackson, but here the Dolphins are with their almost forty-year-old bearded wonder calling a QB draw.

I promised I would talk about some areas I think the Dolphins can improve in the red area. To be honest, I am nitpicking here a bit, but this play did bug me a bit. It’s not a bad play call by any means, but I think Miami needs a little more creativity going forward.

The idea here is Gesicki runs a speed out and establishes inside positioning, so he can just bully the corner for an easy touchdown. Gesicki is good at those things. As I said, there isn’t anything necessarily wrong with this play call. I just think they could use some more motion or run some more natural picks in the red area.

I like the five receivers and empty set look they gave on the Fitzpatrick and Williams’ touchdowns down there. I feel like it opens things up for them. Chan Gailey has slowly but surely started to get more creative, and I think he can do a better job getting Gesicki open in the red zone.

Again, I’m nitpicking so you can take this with a grain of salt if you want.

This is a similar play call to the Howard touchdown from earlier. It’s the same formation for the most part but the OG isn’t asked to pull this time and the line doesn’t block down. I Tweeted this Monday night, but the Dolphins ran the ball 75% (12-of-16) of the time in the red zone against the Jaguars.

They didn’t use any play-action or bootlegs or very much presnap motion either. Again this goes back to me wanting some more creativity. The Dolphins want to run the football but a lot of there red-zone runs were just them slamming their head into a wall.

The Dolphins offensive line is much improved, but they are not dominant enough upfront to run the ball this much inside the 20. I’d argue the only good run blockers on the line are Kindley and Flowers. Those guys are solid, but Flowers got beat on the play above and isn’t overly consistent.

I’m nitpicking, but I just think it is something to keep an eye on going forward. If you need an example of what creative red zone play-calling looks like go watch the Kansas City Chiefs. I don’t see any reason we can’t steal a couple of their plays. Either way, the Dolphins offense was much improved against the Jaguars on Thursday. 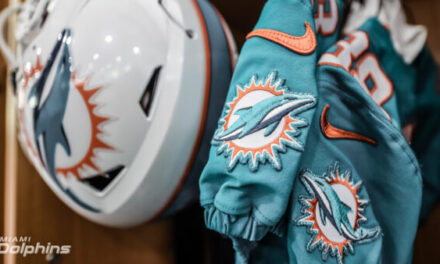 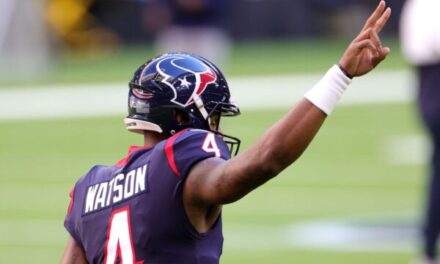 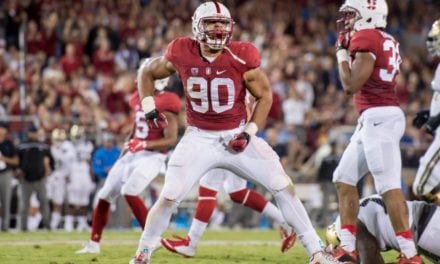 Five Players the Miami Dolphins could target at No.22?