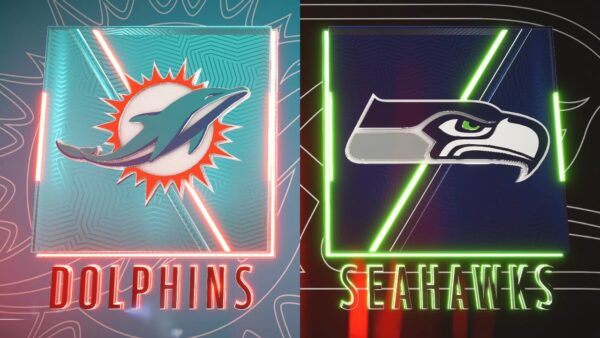 The rejuvenated Miami Dolphins are coming off their first win of the young season and would love to keep that feeling going. The team is faced with a mammoth task in taking down the undefeated Seattle Seahawks in week 4. Russell Wilson has come out of the gates red-hot and is an MVP candidate through three games (we’ll get more into Wilson later). Seattle is a Super Bowl contender, as they are every year, and will march into Hard Rock Stadium with their sights set on 4-0. Although Pete Carroll and company have not lost a game yet, the team has its glaring flaws. Both the Dolphins and Seahawks struggle on the defensive side of the ball, meaning there will be points to be had for either side. The current Vegas betting line is SEA -6.5, which comes as a bit of a surprise to most outsiders. Do they know something that we don’t? They believe that the week 4 matchup will be close and another one-possession victory for Seattle. As much as I would love to agree with that, this game could go south very quickly. Crazier things have happened and the NFL is a weird league. The Dolphins have a chance to get back to .500 this weekend and doing so in upset fashion would be epic. So today we address the question, can Miami beat Seattle? 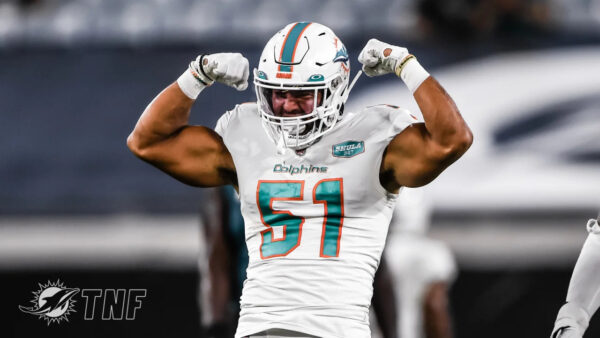 Many teams have tried but most have failed. Stopping, let alone containing Wilson, is something most NFL teams are still trying to figure out. The super bowl champ is on his way to his first MVP season and is absolutely shredding defenses. Wilson is averaging a whopping 308 yards per game on 76.7% completed passes. His 14 touchdown passes through three games is the most in NFL history in that span. Add that to his one interception on the year and you have a top-3 player at his position. As Seattle’s starting quarterback, Wilson has never posted a losing season in his career, leading the team to the playoffs in 7 out of his 8 seasons. Russell is the leagues only quarterback to throw at least 30 touchdowns in each of the last three seasons and the only to throw at least 100 touchdowns passes during that span. He is one of the game’s most clutch performers, as well. Wilson has engineered 21 fourth-quarter comebacks and 29 game-winning drives, which also ranks at the top for all quarterbacks. Lastly, Seattle’s QB has thrown 79 of his 241 career touchdowns in the fourth quarter or overtime. Wilson is as good as it gets in every aspect of his game. He is a marksman in the passing game, he has an infectious personality, he is the catalyst of his team and a flat-out winner. Any team would be lucky to build their franchise around this guy.

OK, enough gushing over Wilson. The Dolphins defense must play their best game of the season if there is any chance at pulling off the victory. Seattle’s offense averages 37 points per game which ranks 2ndin the NFL. Without counting the week 16 overtime victory against the Bengals last season, you have to go back to week 6 of the 2015 (!!!) season to find a game the Dolphins scored more than 37 points. It is safe to say that this team must contain the high-powered offense of Seattle and limit them to less than 30 points. Seattle’s starting running back Chris Carson will likely miss Sunday’s matchup due to a knee injury. This could be big news for Miami and something to keep in mind. The Seahawks are currently ranked 16thin the league in rush yards per game at 118. Carson, their lead back, accounts for 52 of those yards. Seattle is a ‘running back by committee,’ team and will use Carlos Hyde and Travis Homer to pick up the slack. Miami would love to get the ball out of Wilson’s hands as much as possible and make this Seahawks team run, but they must account for Wilson’s legs as well. Russ is averaging 30 rush yards per game and can make up for Carson’s loss on his own. Another big injury storyline would be the availability of Dolphins cornerback Byron Jones. Jones and Howard will have their hands full stopping Tyler Lockett and D.K. Metcalf and without Jones, Miami’s secondary must step up. We know Wilson and the Seahawks are going to drop back to throw close to 40 times and limiting deep balls must be a point of emphasis for Miami. Seattle’s offense likes to strike quickly which puts pressure on your offense to produce as well. The best way to slow down great quarterbacks is to keep them off the field. Ryan Fitzpatrick and the Dolphins offense must have long drives that result in touchdowns.

For the Dolphins to have any chance in this game, the team must be prepared to have a shootout. As pointed out earlier, Seattle’s defense is not the ‘legion of boom’ type of defense we are used to seeing.  The Seahawks have allowed 86 points thus far compared to Miami who has only allowed 65. Seattle has only sacked opposing quarterbacks 5 times, which ranks them towards the bottom of the league at 22nd. On the flip side, Miami’s offensive line has only allowed 5 sacks, which is tied for 8thfewest in football. This should allow Fitzpatrick time to throw and Miami’s receivers to get open. Fitzmagic could be in for a monster day and there isn’t another quarterback that would love a shootout more than Ryan Fitzpatrick. Seattle is allowing an astronomical 430.7 passing yards per game and 8.5 yards per pass! These numbers have a lot to do with the Seahawks lack of a pass rush. Dolphin fans thought they escaped Jamal Adams and they very well could have even though he is now on Seattle. Adams left the game against the Cowboys and did not return. His status for week 4 is in question and that would be another injury bonus for Miami. Adams is responsible for 2 of Seattle’s 5 sacks and their only source of a pass rush. Losing Adams could be just what the Dolphins need to get back to .500. Having long drives not only keeps Wilson off the field, but it tires out the defense.

It will be in the mid-’80s at kickoff and keeping Seattle’s defense on the field can wear them out very quickly. Miami has one of the biggest advantages in the NFL by playing under the South Florida sun, and road teams dread making the trip. An already sub-par and banged-up Seattle defense, cannot give the Dolphins problems. Chan Gailey and the rest of Miami’s coaching staff must devise a successful game plan and put points on the scoreboard. 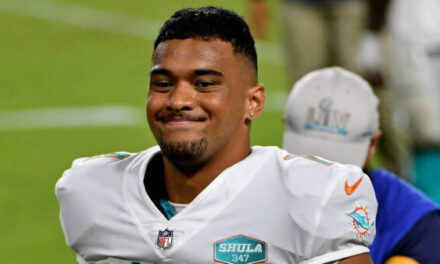 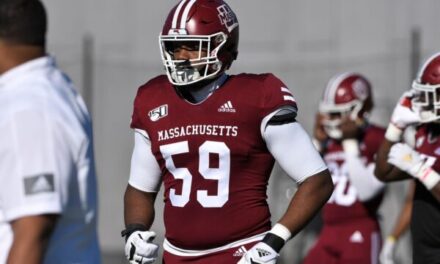 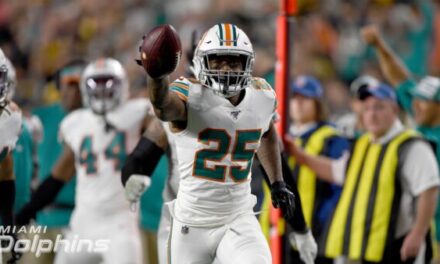 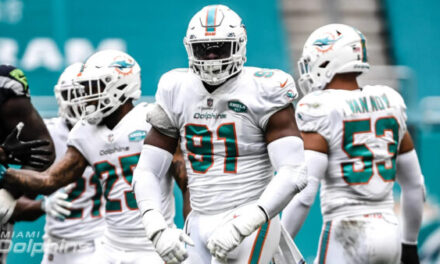