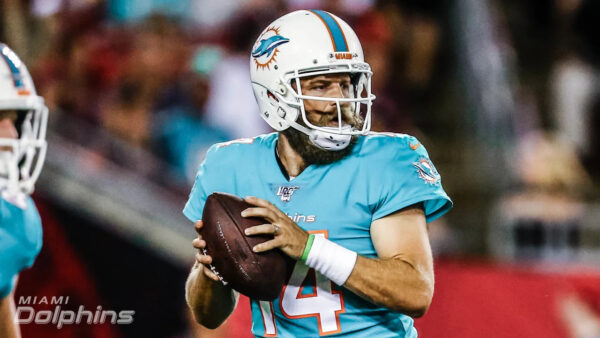 The Miami Dolphins announced on Monday morning that for their Week 1 game vs the New England Patriots that Ryan Fitzpatrick will be their starting quarterback. This was long expected and not a surprise even though head coach Brian Flores said just last week he had not made a decision on who the first or second string quarterback would be.

Ryan Fitzpatrick will be the Dolphins' starting QB in Week 1 over rookie Tua Tagovailoa.

Entering his 16th NFL season, this will be just the third time Fitzpatrick starts in Week 1 for the same team in consecutive seasons. pic.twitter.com/hXi81PWpyg

In 2019 for the Dolphins Fitzpatrick played in 15 games, starting 13 of them. Threw for 3,529 yards, 20 touchdowns, and 13 interceptions. He led Miami to 5 victories including the Week 17 upset in New England vs the Patriots, the team he will match-up against this season in Week 1.

The Dolphins spent the 5th pick of the 2020 NFL Draft on Tua Tagovailoa and it is expected that he will at some point take over the reins and become the starting quarterback this season. How soon that happens is still up in the air as a lot depends on how Fitzpatrick plays and the Dolphins team record. The one factor that is no longer up in the air is the health of Tua as from all reports he is 100% healthy and moving well after having hip surgery last November.

The Dolphins had a bit of a log-jam at the quarterback position this offseason as they also had Josh Rosen under contract. But on Friday evening the team announced they were releasing Rosen and only going to keep two quarterbacks on their 53 man roster to begin the 2020 NFL season. 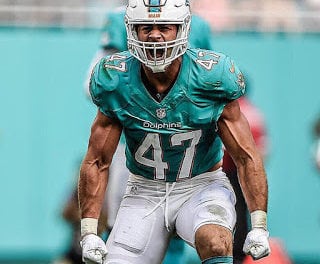 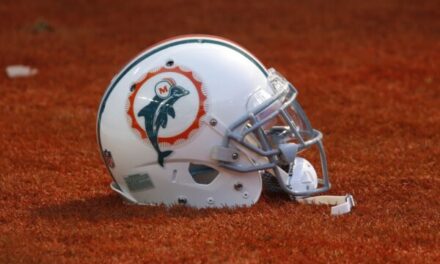 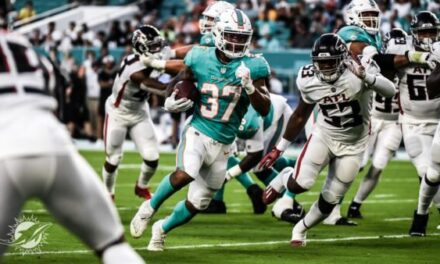