As another season starts in the NFL, football fans are looking at their favorite teams and comparing them with their divisional rivals. In the AFC East, there is a clear opportunity for any team to get some momentum and claim the division. Dolphins fans around the country have been waiting for a moment like this and are ready for the team to rise to the top of the AFC East. Let’s take a look at the Dolphins’ divisional rivals and see what their chances of triumphing over them are.

As the continuous reigning champs of the AFC East, the Patriots have had a target on their back for years. There have been moments over the years where it looked like the Patriots had some weakness, but with the recent shuffle on offense, it may finally be the time for another team to take over the division.

Patriots fans can act confident, but with the recent departure of their quarterback Tom Brady, there is an uncertainty that they cannot hide. After two decades with the star quarterback in their stable, it is hard to imagine a dominant Patriots without him. Now, Cam Newton has stepped in to fill the role, but regardless of the season opener, only time will tell if he is a good fit for the Patriots offense.

Everything considered, now is the time to dethrone the Patriots in the AFC East if there ever was one. No one is saying that it will be easy to triumph over the Patriots, with or without Brady, but the Dolphins have shown time and time again that they won’t give up when they play against New England. If you need any proof of this, just take a look at the famous “Miami Miracle” when the Dolphins rallied in the final seconds of a game vs the Patriots with a variant of the hook and ladder formation. For now, the Patriots remain the team to beat in the AFC East, at least at the current moment. 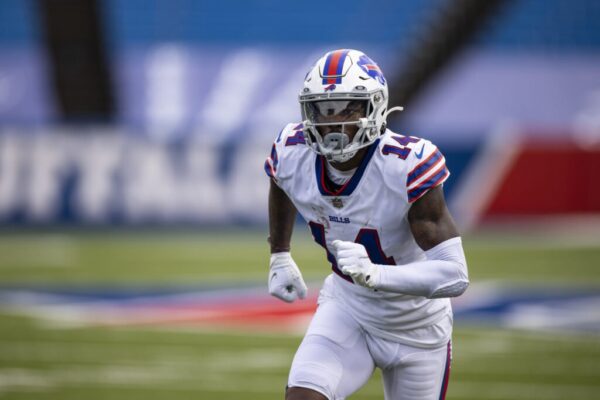 The Buffalo Bills are the most interesting of the Dolphins’ rivals. They’ve received their fair share of criticism over the last decade and have been overall lackluster most of the time. However, in the last 3 or 4 seasons, they have seen some major restructuring and are emerging as a real competitor to the Dolphins.

Defensively, the Bills have always been very sound. As a run-first offense and defense-heavy team, they have spent a lot of resources to bring a good defensive line together.  They’ve added to the lineup for the 2020 season with players like cornerback Josh Norman, linebacker A.J.Klein, and defensive linemen, Mario Addison and Vernon Butler.

On offense, quarterback Josh Allen has really been improving in certain areas like his consistency and accuracy. There are a few new players that turned out to be better than expected like receiver Cole Beasley and tight end Dawson Knox. The recent addition of veteran wideout Stefon Diggs could be a big factor as well. In many respects, the Buffalo Bills could prove to be a bigger challenge this year for the Dolphins, but they have learned many ways to beat them during their history together.

On the opposite end of New York State, the Jets are looking like the weakest of the bunch. After a mediocre 7-9 season last year, there hasn’t been a lot of improvement or offseason changes to point to for hope if you’re a Jets fan. It may end up being another bumpy season.

When the Jets drafted quarterback Sam Darnold in 2018, there was a lot of excitement and optimism surrounding the young and raw athlete. After several unimpressive seasons, the energy has died down and the organization is left wondering if Darnold will ever be the quarterback they need. Recently the Jets added veteran Joe Flacco who is a solid backup, but his health is very uncertain at the current moment. The game’s most crucial position has a lot of questions surrounding it in New York.

The Jets had one of the worst offensive lines in the league in 2019. To help in this area, they picked up offensive tackle Mekhi Becton in the first round of the draft. Some analysts are suggesting that he has all-star potential. Also added was Greg Van Roten from the Carolina Panthers. Unfortunately, as far as offensive weapons are concerned, the Jets are looking thin. Wideout Robby Anderson went to Carolina, leaving only Breshad Perriman and rookie Denzel Mims for receivers. The running back position has been hit especially hard as their expected trade with the Dolphins for Ballage fell through due to a failed physical, and hopeful prospect La’Mical Perine is now sidelined with an ankle injury. Overall, there isn’t much good news for the Jets and this could be a rough season, hopefully marking two easy divisional wins for the Dolphins. 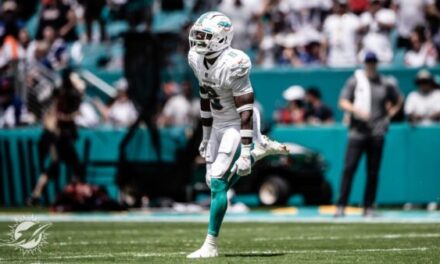 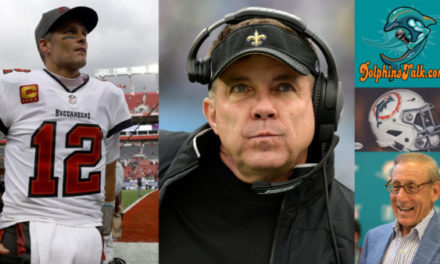