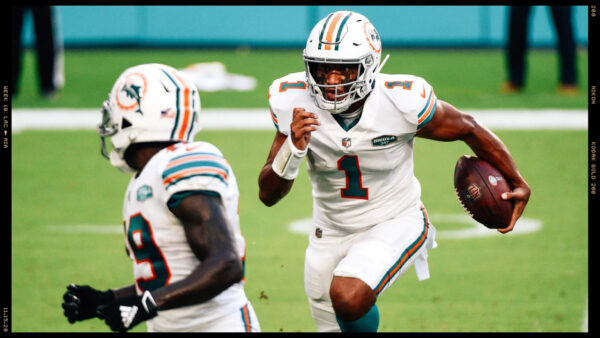 The Miami Dolphins defeated the LA Chargers 29-21. Extending their winning streak to five games and bringing them to 6-3 on the season.

All week this game was hyped up to be a quarterback duel between Tua Tagovailoa and Justin Herbert.

Nevertheless, instead of having a shootout, the Miami Dolphins were interested in playing good football in all three phases of the game; and they did just that.

After the Dolphins defense was able to force a quick “3 and out”. Their special teams’ unit capitalized on a bobbled snap and blocked the first punt of the game. Giving Tua and the Dolphins great field position at the Chargers 1-yard line and allowing for an easy rushing touchdown by Miami’s Salvon Ahmed. The Dolphins got out to an early 7-0 lead and showed the effectiveness of playing “complementary football”.

The Charger’s rookie quarterback refused to go down without a fight. Justin Herbert contributed to all three of his team’s scores. Throwing touchdown passes to Hunter Henry and Keenan Allen. The Chargers quarterback also added a rushing touchdown on a quarterback sneak.

Despite Justin Herbert’s best efforts, the Dolphins defense would not give up the lead all game and was able to get the better of him. With their “zero blitz” scheme, Dolphins’ Emmanuel Ogbah and Nik Needham were able to each get a sack on the Charger’s quarterback. The blitz pressure continued to present problems all game for Herbert forcing him to throw an interception to Miami’s Xavien Howard in the 4th quarter. Which helped stall a potential comeback and sealed the win for the Dolphins. This also gave Xavien Howard his fifth interception of the season which now makes him tied for the most in the league this season.

The Dolphins offense struggled early with bad snaps. Which led to a fumble that the Chargers were able to recover, and it also shifted momentum in their favor for a bit. Eventually, Tua and the offense were able to get it together and started to get things rolling. Tua’s arm talent was on display all game. First showing off his arm strength and throwing a laser to Jakeem Grant for a 3-yard touchdown. Later in the game, Tua displayed his touch, and tossed a rainbow off his back foot, while running the other way and hitting his tight end Durham Smythe for a 2-yard touchdown pass. Tagovailoa finished the game with 15 of 25 for 169 yards and 2 touchdowns.

The Dolphins offense also got help from an unlikely source in this game. In just his second start in the NFL, Dolphins running back Salvon Ahmed, was able to provide a run game that has been missing all season.  Ahmed’s quickness and vision helped to establish a balanced attack for Miami’s offense. Carrying the ball 21 times for 85 yards and a touchdown.

The Dolphins put together and executed a really good game plan. With the offense, defense, and special teams all contributing to a victory over the Chargers. With their win this week, the Dolphins now hold the 6th spot to make the playoffs in the AFC. The Buffalo Bills also lost their Week 10 matchup to the Cardinals. Shrinking Buffalo’s lead on the AFC East division, with Miami now only one game behind them.

The Dolphins still need to take care of business before we start breaking out the anointing oil. With six games still left to play it is still too early to be making bold proclamations. Anything can happen. However, it’s hard to deny that it is an exciting time to be a Dolphins fan. 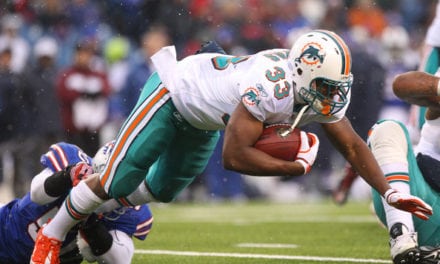 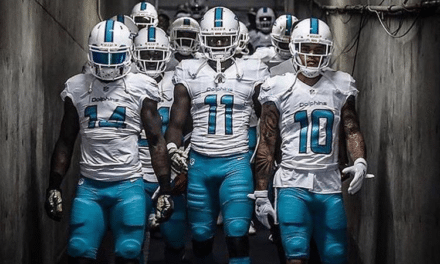 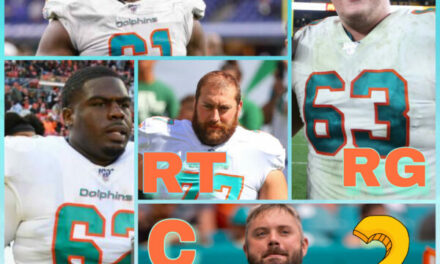