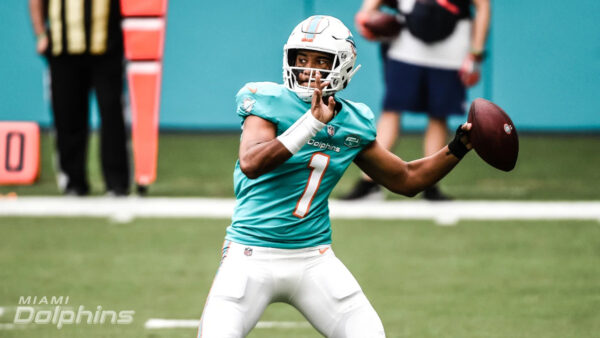 Welcome back to All-22 review Dolphins’ fans. I took last week off because I was traveling, and I had zero interest in writing an entire article highlighting Ryan Fitzpatrick’s play against the lowly Jets.

Thankfully, Tua made his return to the lineup this week and led the Dolphins to their 8th win of the season. This game was the epitome of the cliche “tale of two halves.” The offense struggled mightily in the first half with many of the same problems we’ve been highlighting all season.

Then came the second half featuring Miami switching to an up-tempo no-huddle offense which immediately jumpstarted the dormant unit. Tua looked way more comfortable and decisive with the football.

Let’s dive into the All-22, evaluate Tua’s play, and have a larger conversation about the state of the offense and how the no-huddle should fit in.

This is Tua’s best throw of the year. Great placement and touch roughly 50 yards down the field. Gotta have this one if you’re Grant. pic.twitter.com/Hugb6mWCOP

Let’s start with what I think is Tua’s best throw of the season by a pretty clean margin. This throw is as perfect as they get, especially considering it’s about 50 yards down the field.

The Bengals come out in what appears to be a cover-2 look. However, post-snap, the SS rotates down to play a robber role in the middle of the defense, leaving the FS with cover-1 responsibilities.

Jakeem Grant starts out wide but motions in to condense the formation and clue Tua in on whether it’s man or zone. Defender comes with Grant signaling man coverage across the board. Grant, for his part, wins inside leverage right off the snap and stacks the defender to create separation.

What is really great about this play is Tua freezes the FS with his eyes. If you watch the FS, you will see him backpedal as he should, and then he hesitates, allowing Grant to run by him with single coverage.

Tua puts the ball on a beautiful arc and drops it right into the hands of Grant, who promptly drops it. Tua does everything right here, but this why Miami needs to invest in a playmaking receiver high in the draft.

The offense isn’t explosive at all, so when you miss opportunities like this, it puts you in quite the bind of you’re the play-caller and the QB. Alabama WRs Jaylen Waddle and DeVonta Smith should be at the top of Miami’s board in April.

This is one of Tua’s better throws from the season. Fantastic anticipation and placement to fit this tight window. LBs didn’t bite too much on the fake. pic.twitter.com/YKrdtPu3a7

Let’s keep it moving with the “one of Tua’s best throws of the year” category. I am nominating this one for the best anticipatory throw of the season. There is an extremely tight window for Tua to fit the ball into, and he does a great job.

The Bengals send a CB blitz from Tua’s right and then drop the LCB into a cover-2 look. With the CB blitz, Gesicki gets a free release off the line. The line is pass blocking, so this is PA, not an RPO.

The LBers get sucked up by the fake a little bit, but the fake was abbreviated because the RB had to handle the blitzing CB off the edge. Both LBers sink back into their zone and safety over the top, making this quite a tough throw between three defenders.

Tua perfectly anticipates when Gesicki will clear the underneath defender and even throws it low, protecting his TE from the SAF over the top. This is an NFL throw, which perfectly shows what scouts talk about when they say “throwing guys open.”

This throw was in the second half when Tua was in rhythm with the up-tempo offense. This play call was shades of what Alabama did with Tua and something we need to see way more of. Seriously, Miami should be ripping play calls straight out of Alabama’s playbook.

Awesome play by Tua here. Escapes the pocket, and throws a dime to Gaskin who made a tremendous adjustment to his route. Need to see more playmaking like this going forward. pic.twitter.com/n7eZjNSQcS

The biggest part of Tua’s game I haven’t seen translate as much as I thought it would is his playmaking ability. Tua was great at creating out of structure at Alabama. He would frequently make plays down the field after breaking the pocket.

That just hasn’t really been the case this season. I think it’s because Tua is adjusting to the game’s speed, but this play above is a good sign he’s starting to come out of his shell. There is also an argument the offense’s play calling is holding him back, but I degrees.

Gaskin starts as the outside WR to the left of Tua and is running a simple in-route. Tua doesn’t like what he sees and breaks the pocket out to the left. He then drops a beautiful touch pass down the field right in stride to Gaskin.

Awesome play by Tua for sure, but I want to make sure I highlight the adjustment Gaskin makes on his route. It is such a heads up play by him to peel back out to the left sideline when Tua breaks the pocket. This is the scramble drill to a tee, and if Tua is going to become an elite QB in the league, he’s going to need WRs/RBs who thrive in this area.

Poor read by Tua on this one. Ball should’ve gone to the flat, not the curl. Not sure what he thought he saw here. pic.twitter.com/CNbaIhS15m

Sunday wasn’t all positive, especially in the first half. The last two throws were before the up-tempo offense was put into place. The throw above is from the first half where Miami was still asking Tua to play in the structure and make reads from the pocket.

Miami lines up with three receivers to the bottom of the screen. Parker comes in motion to basically make this condensed trips set, and they end running a “levels concept.” There is a deep route, an intermediate route, and a short route.

Parker runs the deep route, Grant runs the intermediate route, and Bowden runs the short route. This is a classic “high to low” read for Tua. He’s supposed to look at the deep route first and then work his way back to the flat route.

So with that in mind, watch the play and tell me why he’s throwing the ball to Grant here. The underneath zone defender chooses to sink in front of Grant, leaving the flat wide-open.

This is a bad read on a pretty simple concept by Tua. Everyone wants to blame Chan Gailey every time something goes wrong, but stuff like this will shake coaches’ confidence to call more challenging reads/plays.

Is this par for the course with a rookie QB? Absolutely. If you weren’t prepared to deal with this stuff and still have faith, then you shouldn’t have drafted one. Either way, Tua is still missing some easy ones.

Not sure if Grant ran the wrong route or if Tua made the wrong read. Either way, chemistry still isn’t there at times. pic.twitter.com/UfQnptq6Em

This is less of me analyzing Tua’s play and talking more about the offense at large and why it looks so disjointed at times. I don’t think the WRs and the QB are on the same page yet.

I will not assign blame to either Tua or Grant on this play because there is no way for me to know who makes a mistake. If this was an option route where Grant was supposed to read the CB, this is on Tua. Grant doesn’t win vertically, so he snaps the route off.

If this play was supposed to be a go route no matter what and Grant ad-libbed, then he is at fault, not Tua. I don’t think it actually matters who made a mistake here. The more important thing to note is I don’t think there is chemistry yet between Tua and the WRs.

Tua missed Parker on a similar play earlier in the game where Parker won inside leverage and was open for a vertical shot, but Tua threw the ball back shoulder. Again, was it an option route where Parker and Tua were supposed to read and react? Or did Parker ad-lib?

I have a hunch, but I don’t know for sure, so that I will leave it up to the imagination. The offense is still working out the kinks with Tua at QB. Whether we like it or not, this will be a process and not an immediate fix.

There are a lot of positives to take away from Tua’s play in this game. He was accurate, decisive, and dynamic at times. However, most of that good stuff came when the offense switched to up-tempo in the second half. OC Chan Gailey said in his presser on Tuesday Miami would continue to work the up-tempo in which is something I called for on Twitter. However, you have to do it; however, which solves almost zero of the Dolphins’ problems long term.

This is a short term fix, which is fine in a season where you are 8-4 and competing for a playoff spot. The long term solution can’t just be “we are going to run up-tempo every once in a while.” The long-term solution is actually to build an entire offense around Tua’s strengths. That includes up-tempo, but history tells us running pure up-tempo isn’t sustainable at all.

The Dolphins would actually be wise to look across the field from Sunday’s game and rob some of the concepts the Bengals ran with Burrow before he got hurt. He and Tua are a lot more similar than Dolphins fans think, and the Bengals’ offense was way better tailored to Tua’s strengths than Miami’s. They literally ripped plays straight out of the LSU playbook for Burrow.

Miami still doesn’t create space for receivers, they still can’t run the ball, and they are still uncreative. 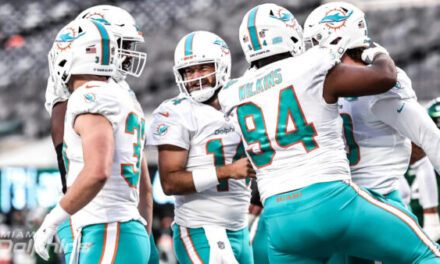 The Dolphins Sweep the Jets in 2020 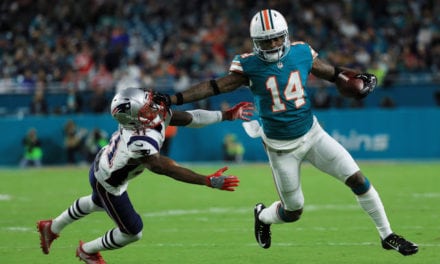 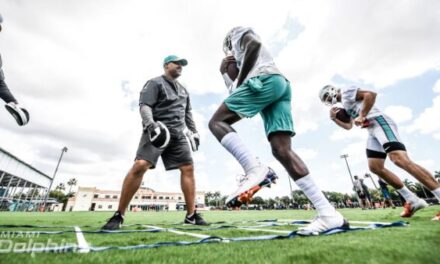