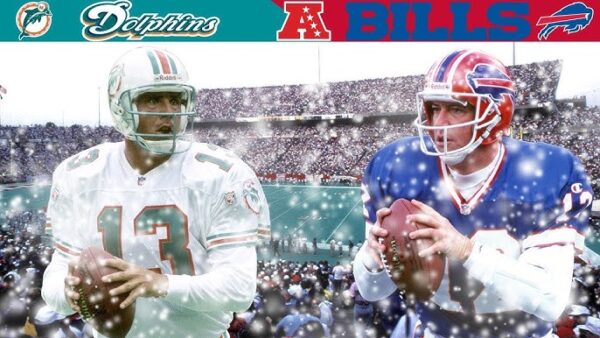 This Sunday, the Miami Dolphins will travel to Buffalo to play their old division rival, the Buffalo Bills. If the Dolphins win, they are in the playoffs, and if they lose, their season could be over with. For the Bills, they already won the AFC East and clinched a playoff spot, but they are still playing for seeding in the playoffs. They could end up getting the number 2 in the playoffs with a win, but if they lose, they could be anywhere from the 2 seed to the number 4 seed. This depends on what happens Sunday and the outcome of their game tonight against the New England Patriots.

It got me thinking, when is the last time the Bills and Dolphins have played a game this late in the season with something on the line for both teams? It’s been more than 20 years since these teams have been playing a big game like this. That game was the 1998 wildcard game in which both the Bills and Dolphins played in a memorable game in which the Dolphins won 24-17. However, a lot has changed since that game 22 years ago. Both teams have had to go through the struggles of their hall of fame quarterbacks, retiring Jim Kelly for the Bills, and Dan Marino, for the Dolphins. The Bills went almost 20 years without a playoff berth after that game. The Dolphins have made the playoffs a few times but have been anywhere from bad to average.

When I grew up in the 1980s and started watching football, I lived in Syracuse, New York. My brother was a New York Jets fan, and I idolized Marino. I became a Dolphins fan because of him and have been as loyal as ever since. When I started watching football, the Bills were starting a dynasty with Kelly, Thurman Thomas, Bruce Smith, Andre Reed, Steve Tasker, and a cast of others. The Bills went to 4 straight Super Bowls, and Marino carried the Dolphins, but could never get them over the hump against the all-mighty Bills. It was tough as a Dolphins fan growing up in New York state because the Bills fans were so cocky and arrogant, always trash talking and stuff. My brother and I hated the Bills with a passion, and we still do to this day, but my brother does more than me. I always got a laugh when the Bills missed the playoffs from 17-18 straight season. It’s been pretty quiet up here because Bills fans didn’t have much to say; in fact, I’d say the Bills fans in Syracuse are more fair-weather fans than anything. When the team is down, they are down on them, and some don’t watch them, but when they win, they come out of the woodshed and are as cocky as ever. I always wear my Dolphins stuff no matter what, and I’m not ashamed to either. Even when the team goes through a 1-15 season or rips their roster apart to tank, I’m still a proud fan no matter what.

?NEW? @DolphinsTalk.com Podcast w/@DolphinsTalkTom: Tua, Playoffs, What Will Miami Do with the 3rd Pick. #FinsUP https://t.co/RM2QbHVrul

My best friend is a Bills fan who lives in Orchard Park, and we always talk about the rivalry has changed, and it needs to be re-energized. He convinced me to go to a Dolphins-Bills game at Orchard Park, and I came one. I went up for the Thursday night game in 2012. I learned a lot about the rivalry that night. I took ribbing from fans for wearing Dolphins colors, and it wasn’t as bad as I thought it would be. I had a fun time. I learned how great the tailgating atmosphere is and how loyal their fan base is in Western New York. I will say this outside of Western New York, and there isn’t as much loyalty to the Bills. Heck, my brother in-law says he’s a “Bills fans,” but when the Bills stink, he’s like they will never be good again, and now with the team winning, he watches them; however, he has no clue what goes on with other teams in the AFC East. I don’t know how that is possible. Just like the Bills fans in Western New York, I monitor every move in the division. It doesn’t matter whether it’s coaching decisions, free agency signings, or who the team’s drafts.

The Bills and Dolphins have a lot in common. Both teams have gone through so much heartache since their hall of fame quarterbacks retired. They have gone through so many coaching changes and different starting quarterbacks. Every time the team looks like they are heading in the right direction, they find a way to screw it up. Both teams have had their share of horrible draft picks. The Bills drafting offensive tackle Mike Williams 3rd overall or defensive end, Aaron Maybin, and trading up for JP Losman. The Dolphins passed on quarterback Drew Brees for Jamar Fletcher, taking Eddie Moore instead of Anquan Boldin, or trading up to number 3 for Dion Jordan. I think everyone’s getting it now, so sorry for going back to painful memories.

That brings me to today. Both teams have gone through massive rebuilding projects. The Bills started theirs in 2017 when they hired head coach Sean McDermott and later brought on general manager Brandon Beane. They decided to blow up the roster, replenish the talent, fix their salary cap, and acquire more draft assets to put them in a position to get a quarterback. It started when the Bills traded down in the first round of the 2017 draft; they traded down 17 spots and got an extra first-round pick in 2018. The Bills traded other high draft picks like Sammy Watkins, Ronald Darby, and eventually Tyrod Taylor. The Bills ended up making the playoffs in 2017 with Taylor as their quarterback. The problem was both of their first-round picks were in the ’20s in the first round in 2018, but the Bills got creative and traded left tackle Cordy Glenn to the Cincinnati Bengals and swapped first-round picks to allow the Bills to draft at pick 12. With 2 first-round picks, 2 second-round picks, and two 3rd round picks, the Bills could trade into the top 10 and draft quarterback Josh Allen. Since McDermott has been their head coach, the Bills have now made the playoffs 3 out of 4 years and have built a good deep roster. The Bills’ biggest move made last offseason was acquiring number 1 receiver Stefon Diggs from the Minnesota Vikings. His skill set has helped Allen develop as a quarterback and take the Bills offense to new heights that haven’t been done since the Bills dynasty of the early 1990s. McDermott has put together a good staff that has developed some good players like Tre’Davious White, Tremaine Edmunds, Matt Millano, and others. He has also brought leadership and discipline to this football team, and the future of this football team is very bright, moving forward.

We dropped a fun new @SameOldDolphins Show last night. You should check it out at @DolphinsTalk.com: https://t.co/7vrGxn2iao

The Dolphins followed the same model but started their full rebuild in 2019. The Dolphins, just like the Bills, re-gutted their entire roster, fixed their salary cap, and acquired draft assets in hopes of putting their team in a position to take a quarterback. Their route was a little different in this regard; the Dolphins decided to promote Chris Grier, who had been in the front office for 20 years, as general manager for make all football decisions. This was a skeptical move considering he had been with the team that long and had some input, especially in the draft, so as a fan, I didn’t know what to expect. Plus, the fact the Dolphins hired Patriots defensive coordinator Brian Flores to be the head coach. Like many fans, I’ve seen many Patriots assistants become head coaches, and they haven’t had a lot of success, so I didn’t know what to expect.

Flores, in his second year, has his team playing hard, smart, disciplined football. This team has already doubled their win total from a year ago and is a win away from making the playoffs, which is a far cry from the start of last season. The Dolphins have gone from one of the most penalized teams in the league, under former coach Adam Gase, to one of the least penalized teams in the league under Flores’ leadership. He also seems to have a good grasp of his team and keeps things in perspective; the team doesn’t get too high or low about things and go about the task at hand. The scary part is the Dolphins have 2 first-round picks and 2 second-round picks in next year’s draft, including a possible top 3 pick overall, depending on how next week’s results turn out.

All things considered, it looks like the Dolphins and Bills have bright futures with their young teams. The Bills won the division this year, but maybe next year both teams could play for a late-season game for the AFC East just like 30 years ago. Back then, the Bills were the better team, but the only team that had a chance against them was the Dolphins. Back the Indianapolis Colts, New York Jets, and the Patriots were bad and didn’t compete frankly for the playoffs on a consistent level like the Bills and Dolphins. The future looks bright for both team and the Patriots; we don’t know what will happen now that Tom Brady is gone moving forward. The Jets are the Jets, and I don’t know if they will ever get it right. The Colts aren’t in our division anymore with realignment. The Bills and Dolphins look like they are on course for their rivalry to return as it did 30 years ago. Suppose Allen and Tagovailoa can be like Kelly and Marino; watch out. McDermott and Flores seem like two coaches who will be with their teams for a while. I know a lot can happen from one year to the next in the NFL, but Sunday’s game with playoff spots and seeding on the line could be a sign of things to come for both teams moving forward. 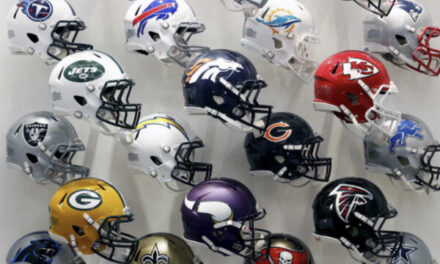 Best NFL Teams to Bet On 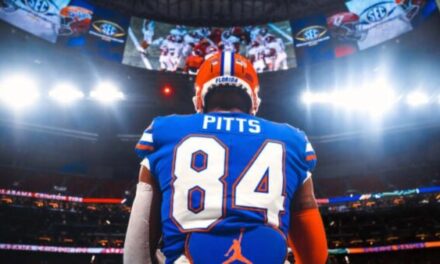 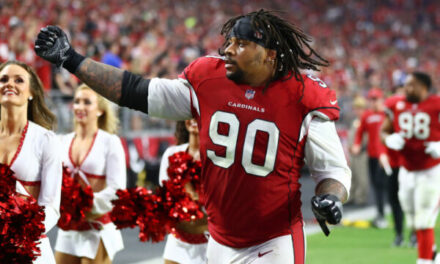 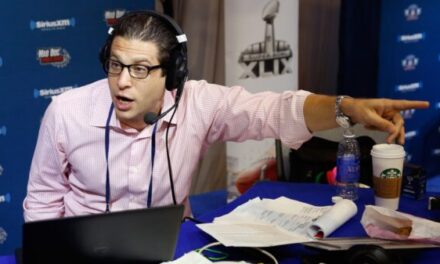