Dolphins Need To Continue To Add Playmakers On Defense 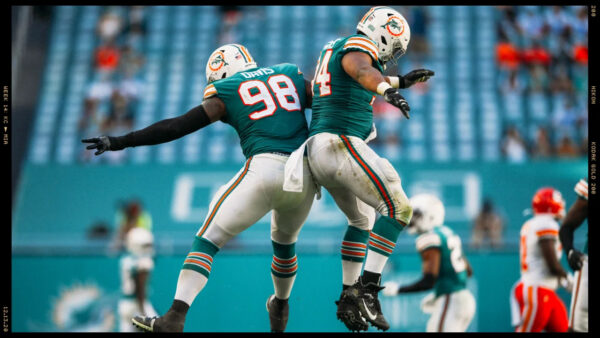 Miami Dolphins general manager Chris Grier said in his season-ending press conference that this off-season goal is to bring in playmakers. The biggest need for playmakers is on offense because the Dolphins don’t have a starting running back that can give the team 4-5 yards a carry, and they don’t have a number one receiver that can take the top of the defense and create big plays. The Dolphins should go after playmakers on offense to help to get the most out of their young quarterback Tua Tagovailoa to take the next step. Plus, the Dolphins need to find a way to score more points on offense if they will beat some of the AFC elite teams like the Kansas City Chiefs or the Buffalo Bills.

However, the Dolphins should also look to add more playmakers on defense. The Dolphins made tremendous strides on defense, being one of the top 5 defenses in point allowed and forcing turnovers. If you watched the Dolphins closely, especially in the season finale against the Bills, they miss some pieces, especially in the front seven. The Dolphins improved their sack total as a defense from 23 to 41 sacks, which is a tremendous improvement, but the Dolphins generated many of those sacks on exotic blitzes. The Dolphins need to find an edge rusher that can win one on one battles and generate consistent pressure on the quarterback. Emmanuel Ogbah, acquired as a free agent last year, led the team with 9 sacks, which is a good total, but if you look closely, he had 8 sacks in the first 9 games and 1 sack in the final 7 games. I know stats can be miss leading, but the second half of the season wasn’t as effective. Maybe teams were keying on him more, and because no one else stepped up, the Dolphins had to blitz to generate pressure. The Dolphins should try to find another edge rusher to compliment Ogbah and fellow defensive lineman Shaq Lawson, acquired as a free agent last year. Head coach Brian Flores believes exotic schemes can generate pressure with blitzes, and it was effective, but it also is helpful if you have an edge rusher that can win the one-on-one battle and not have to blitz as much. This draft isn’t considered very strong at pass-rushing, but that doesn’t mean you can’t find one. The Dolphins need to continue to find a young pass rusher to make a good defense better.

There are two other positions the Dolphins should look to find on defense. The first one is a defensive tackle. I know the Dolphins have Christian Wilkins, Raekwon Davis, and Zach Sieler. They all played well this year. Wilkins took a good step forward from year 1 to year 2. Davis really stepped as a rookie after the team lost Davon Godchaux for the season; in fact, I think the defense got better with him. Sieler was a terrific pick-up of waivers from the Baltimore Ravens and is a high motor energy player. However, it doesn’t hurt to look for another big-bodied defensive tackle. Davis had a terrific rookie season, but sometimes players from year 1 to year 2 take a step back and one knock on him coming out of college was his motor. I’m not saying he’s going to take a step back, but the Dolphins can’t just rely on his development. I remember when the Dolphins had a good defense in the late ’90s into the turn of the century. That defense was by Tim Bowens, Daryl Gardener, and added players like Larry Chester. Those defenses pushed the guard and center back, making it uncomfortable for opposing quarterbacks. In the AFC Championship Game, the Chiefs constantly pressured from up the middle, throwing Bills quarterback Josh Allen off his game. If the Dolphins are going to compete and overtake the Bills in the AFC East, they have to find a way to generate pressure, especially up the middle on Allen, and that is something they haven’t done in 6 games against him. It was one of the biggest factors in the game. The same can be said in the NFC Championship Game; the Tampa Bay Buccaneers generated pressure up the middle on Green Bay Packers quarterback Aaron Rodgers. The offense is big in the NFL today, but having a strong defense, especially up front, is critical to combat that, especially in the playoffs.

The last area the Dolphins need to look to upgrade is the inside linebacker position. The Dolphins got good play from free agent Elandon Roberts, but he’s a free agent, and more importantly, he suffered a season ending knee injury at the end of the year. Depending on how serious the knee injury is, he might not be ready for training camp, so the Dolphins have to look for someone. The Dolphins need a middle linebacker to run sideline to sideline and diagnose plays and make game-changing tackles. When I grew up, the Dolphins had John Offerdahl, then Bryan Cox, and then Zach Thomas. They have a good history of inside linebackers, but they haven’t truly had one since Thomas retired over 10 years ago. It’s time for the Dolphins to look for another one that can make game-changing plays and diagnose running plays to meet the running back in the whole and can pass cover as well.

These are some areas I believe the Dolphins should look to upgrade this offseason. Obviously, the Dolphins have a glaring need on offense, and I won’t dispute that at all, but the Dolphins also have to continue to add talent on defense. I saw it in the season finale against the Bills; they need to get stronger up front and find a way to generate pressure without blitzing especially if they will overtake the Bills in our division. The Dolphins are in a good position salary cap wise even with the cap shrinking this year with the pandemic. The Dolphins have 4 of the top 50 picks in this year’s draft to add more talent. Frankly, it’s one reason I’m against the Dolphins looking to trade for Deshaun Watson. The Dolphins are more than one player away from contending, and they need to stay the course of their rebuilding project. They need to upgrade the offense and look to improve certain areas of their defense to take the next step. 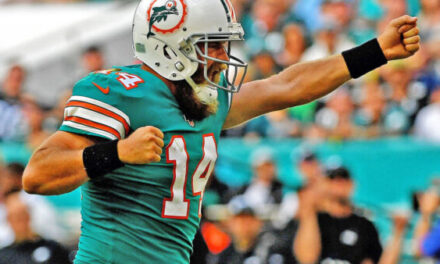 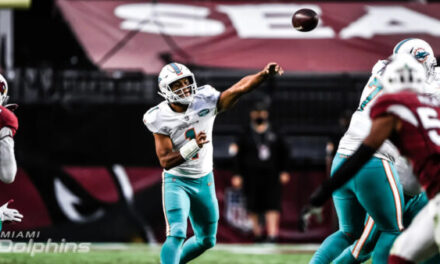 Tua vs. Herbert: The First of Many? 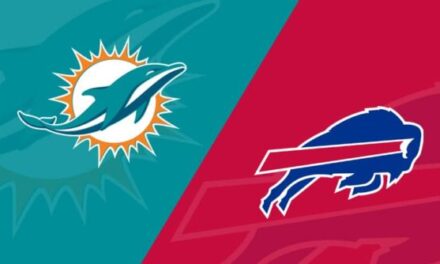