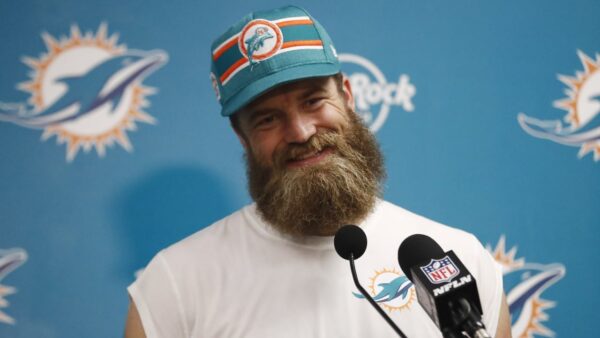 In its early stages, the offseason is already off to a dramatic start in terms of the Quarterback position for the Miami Dolphins. Deshaun Watson’s frustrations with Houston’s front office have cultivated numerous trade scenarios, most of which involve Miami.

In speaking of Houston, the Dolphins also own the Texans 1st round draft pick (3rd overall) thanks to the Laremy Tunsil trade in 2019. There have been a few national pundits, most notably Pro Football Focus, who have speculated Miami to take a QB with this selection. Most are pointing to Ohio State Quarterback Justin Fields.

There have also been reports that some anonymous teammates are questioning Tua Tagovailoa’s capabilities as a full-time NFL Starter: which led to the young QB defending himself in the national media during this Superbowl Week. Both Dan Patrick and Mike Greenburg pressed Tua on their prominent talk-shows regarding how he is handling the rumors swirling around him.

“That would be a decision of the Dolphins organization,” Tua said on Sirius Mad Dog Radio. “I have to control what I can control — work hard and do well next season.”

But what might be the most understated storyline of this offseason is the future status of Ryan Fitzpatrick, who stated yesterday on the Pat McAfee Show that he will return to play in the 2021 season. The question is, Where?

“For me, personally, I have to take every offseason and reassess.” Says Fitzpatrick.  “These last two years have really re-lit that fire under me, and I still want to play, and I enjoy being out there playing.”

This can easily be taken as a sign that he does not want to return to a mentor role for Tua Tagovailoa and instead will try to covet a new contract with a team needier at the Quarterback position. And if we have witnessed the last of Fitzmagic in a Dolphins uniform, Boy…did he EVER go out in style.

After being thrust into the game against the Las Vegas Raiders in week 16, Ryan Fitzpatrick pulled off one of the more incredible throws you will ever see to Mack Hollins in the last few seconds of the contest up for a Jason Sanders game-winning field goal.  This heroic effort gave Miami their 10th win of the season: a feat that hardly anyone viewed as likely heading into the season.

And that was the beauty of the South Beach version of Fitzmagic: Not much was expected, to say the least, in either 2019 or 2020, yet #14 stepped out on the field and pleasantly surprised everyone with his play. His statistics are nothing to cry home about in his tenure (except for leading the team in rushing in 2019..not bad for 37 years old), but ultimately, the WAY he played made him an instant fan favorite. The gun-slinging, the improbable escapes under pressure, the willingness to put a shoulder forward instead of the slide… All of this made for some entertaining football.

Ladies and Gentlemen, It is time for us to celebrate what Ryan Fitzpatrick has brought to the Miami Dolphins for the last two years.

It’s no secret that the Miami Dolphins have been in NFL Purgatory and QB Hell in this new millennium. I’m 25 years old and can only compare Fitzpatrick’s run with that of Chad Pennington in 2008. This comparison, however, really doesn’t do Fitzpatrick justice. The veteran QB signed with the Dolphins in the early 2019 offseason and was tasked with bridging a tear-down transition to a rebuild to potential contention. It’s safe to say he delivered during all three facets of this current process (or “Flocess” if you’re corny like myself).

A microcosm of what Fitzmagic brought to this team was against Buffalo in week 7 of 2019. The bearded magician managed to avoid immense pressure, scrambled 11 yards, and then “truck-sticked” a Bills defender for a touchdown to put us within 3 points. It was a pure display of the gutsy, improvisational “never say die” type of football that turned Fitzpatrick from a journeyman after-thought into a fan (and more importantly, locker room) favorite.  The Dolphins lost this game and the next two before getting their first win under then-new Head Coach Brian Flores.

From there, Fitzpatrick provided our longest tenured Dolphin, Devante Parker, with his career-best season. Mike Gesicki also emerged as a true weapon under Fitzpatrick’s reigns, and suddenly, the Dolphins picked up 5 wins in the back half of the season, giving us Dolphins fans ACTUALLY have something to cheer for. For as bad as 2019 was for the Miami Dolphins, we can mostly thank Fitz for the good memories that squeezed into the picture.

Then the Miami Dolphins drafted their “chosen one” in Tua Tagovailoa. All of the 2019 talk was surrounded by the hype of Miami “Tanking for Tua,” and all the while, Ryan Fitzpatrick knew what he was going to be in 2020: A place-holder. After starting 1-3, Fitzpatrick strung together 2 consecutive wins before being benched for the rookie. Fitzpatrick was candid in his remarks when asked about it, stating it “broke his heart” to lose his starting spot even though he knew the day was coming.

So how does he respond?

The answer is as good as anyone could hope to achieve. His two appearances as a “Relief Pitcher” following Tua’s 1st start nearly provided two comeback wins, including the earlier mentioned “Night in Vegas.”  But what’s more important is how he was on the sidelines and in the locker room. As a plethora of Dolphins players’ were asked about Tagovailoa in the media throughout the season, most of them were quick to mention Fitzpatrick as well. The clips of the NFL’s Mic’d Up series where you see Fitz coaching and encouraging his young protégé emphasized the special comradery they had, which is remarkable considering the Covid-19 repercussions to the offseason.

He was just simply a good dude.

The offseason ahead forecasts some big-time Quarterback moves, but above all, I am more interested to see where Fitzpatrick lands. When it comes to Miami, he has stated, “Never say never,” but with his desire to be on the field, it would be hard to imagine him back in the Aqua and Orange next season. With plenty of dominoes left to fall, it is too early to pick where he might exactly be headed or what the $ will look like, but the veteran undoubtedly deserves to “have his cake and eat it too” in 2021.

So it’s time for big cheers to Mr. Ryan Fitzpatrick AKA Fitz AKA Fitzmagic AKA The Bearded One AKA the Amish Gunslinger. You were a pleasure to watch and I, among plenty of other Dolphin fans, wish you nothing but the best in your future endeavors. 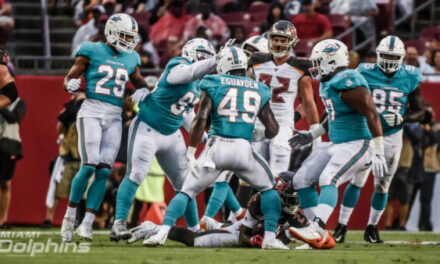 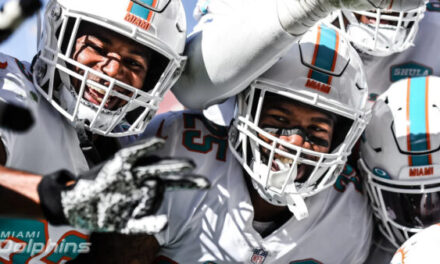 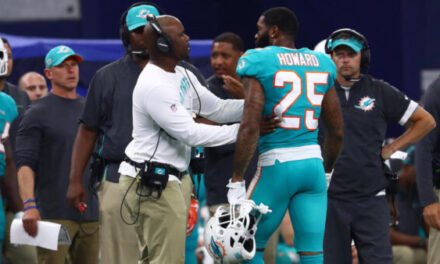 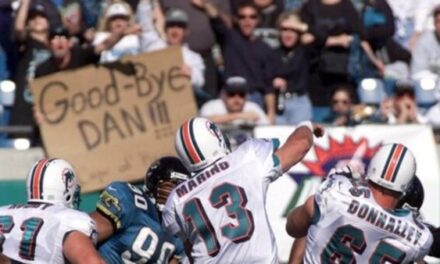