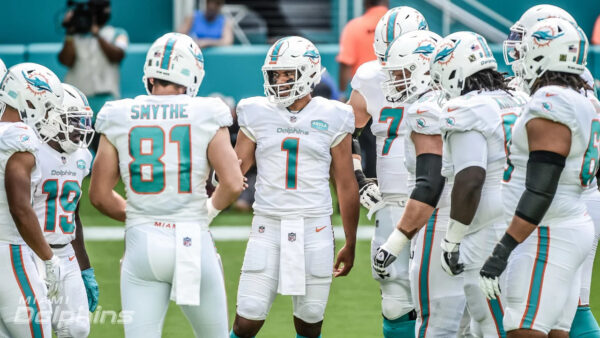 The other day I was listening to the Miami Dolphins head coach Brian Flores press conference, and one of the things he said was we don’t need 11 stars, but 11 players that play as a team with one goal in mind. Then I read Armando Salguero’s article in the Miami Herald saying Flores is “right the team doesn’t need 11 stars, but now is the time to start adding some.” Both guys are right in their points of view.

Often, you see teams add a lot of stars to their teams and don’t see the results. However, it is important to players that command a team’s attention. Salguero pointed out that the only playmaker on the Dolphins roster is cornerback Xavien Howard and he’s right when you look up and down the Dolphins roster. Howard is the only Dolphins player to make the pro bowl this year or make all-pro. Then you look at the rest of the roster, and you don’t see a ton of game-changers on the roster.

The Dolphins have a lot of good role players. On offense, they got guys who grind it out like Miles Gaskin, DeVante Parker, Mike Gesicki, and others. The problem is they don’t have the difference makers, such as a running back that can take it the distance or a game-breaking receiver that threatens the defense to make a huge chunk play. The Dolphins had a hard time creating separation on offense, and quarterbacks Ryan Fitzpatrick and Tua Tagovailoa had to throw the ball in tight windows. Parker is a good player but is very frustrating because of his durability issues and inconsistent play. The frustrating thing is he has the talent to become a number one receiver; he’s not dependable consistently.

The Dolphins have a dynamic kick returner in Jakeem Grant, but he has had durability issues, especially towards the end of the season due to his lack of size. With the NFL being a passing league, the Dolphins need to look at finding a true number one receiver especially to help Tagovailoa’s growth as a player to get the most out of his skills set. The Dolphins also need to add a big-time running back to add balance to the offense and take one the distance. Gaskin is a fine player and developed very well last year, but he’s not a number one running back.

🚨NEW🚨@DolphinsTalk.com Podcast for Saturday, March 13th: @JeffDarlington stops by to talk with Mike about all things @MiamiDolphins. They talk about Tua/Watson, Brian Flores, Free Agency, the Draft, Isaiah Wilson Trade and much much more! https://t.co/w6SPBdf1et

On defense outside of Howard, who are the real difference makers? Nobody in reality as the Dolphins have a lot of role players and young players who are developing. Emmanuel Ogbah and Shaq Lawson were good free agent pick-ups last year, but they aren’t difference-makers who can command a double team or take over a game. The Dolphins lack a true edge rusher who can take over the game. The Dolphins got a lot of their sacks off of blitzes, which is fine, but when teams can pick up the blitz, it puts a lot of pressure on the defense’s back end and can expose them. The Dolphins have drafted some good players in Chrisitan Wilkins, Raekwon Davis, Andrew Van Ginkel, and Jerome Baker; all guys have developed into good players, but can they take the next step to be a difference-maker?

They have other good role players in Bobby McCain, Eric Rowe, and Zach Seiler, but they aren’t the type of players that can take over the game and make game-changing plays. As much money as the Dolphins paid Byron Jones last year; he’s not a true game-changer. The Dolphins need to add an edge rusher who can take over a game, an inside linebacker who can read plays and make big tackles, and also add a safety that can be a ball hawk. The Dolphins have a good defense, and they carried the team last year, but they need more playmakers for the defense to take the next step.

The Dolphins can look at their division rivals in the Buffalo Bills, who started a full rebuild 4 years ago with head coach Sean McDermott and general manager Brandon Beane. They gutted that roster and built the team through the draft, just like the Dolphins are doing. They made the playoffs in 2019, but they got even better this past year because they acquired a number one wide receiver in Stephon Diggs to help develop their young quarterback Josh Allen. The Bills had a pretty good offense before last year, but the acquisition of Diggs made them one of the top offenses in the NFL, and their quarterback Allen benefitted the most. Before this year, Allen hadn’t thrown for 300 yards in a game, but this year he threw for over 300 yards 8 times and got his team to the AFC Championship.

There is no way the Bills go to the AFC Championship game without the trade for Diggs; he is a bonafide number one receiver that defenses have to pay attention to and opened things up for other receivers. Allen put together the best season of his career and is considered one of the best quarterbacks in the league. One bold move made a huge difference for the Bills in one year. The Bills had a solid defense but didn’t have the offense to help carry their own weight until the Diggs deal, and they have become one of the most complete teams in the league.

The Dolphins are a good football team and were one win away from making the playoffs last year. Most years 10 wins are enough to make the playoffs, but last year was one of those years it wasn’t enough, and the AFC is loaded with good teams. The Dolphins have built a good foundation for this team, but right now, it’s time for them to start adding playmakers, especially on offense, to help the development of Tagovailoa. Adding a playmaking receiver could lead to a huge year for Tagovailoa like Allen last year. If the Dolphins are going to compete or overtake the Bills in the AFC East, they will have to add more playmakers to compliment an already talented roster. The Dolphins are an up-and-coming team, but they need to make bolder to put them over the hump and compete for championships. 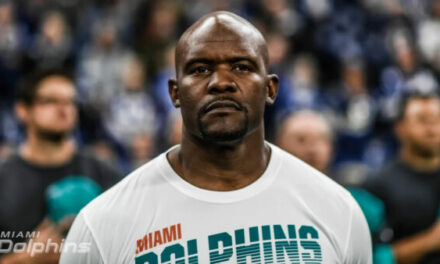