Fighters and Fielders: Cross-Training with Football and How it Applies to Miami’s Rookies 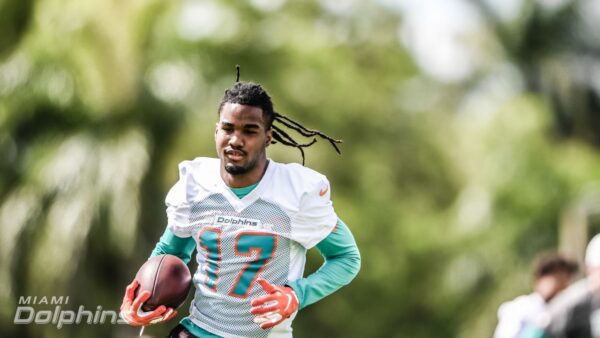 It’s the slow time of the offseason.

Free agency and the draft are ancient history, rookie minicamps have come and gone, and training camp is still merely a date marked on the calendar to be excited about. In the meantime, we have OTA’s. However, being excited about OTA’s is a little like getting hyped for a single when the whole album is still on the way. It’s a transient sort of excitement.

Plus, you know things are dead around the NFL when the entire sports broadcasting world decides to throw the kitchen sink at Tua Tagovailoa for admitting that he didn’t know the playbook “necessarily, really, really well” last season.

The guy wasn’t even allowed to make checks or adjustments at the line, didn’t begin the season as the starter like Joe Burrow or Justin Herbert, lost much of the offseason due to injury, and…

You know what? Nevermind. I’m falling into the same trap.

So let’s do something a little different today!

In the spirit of the dead part of the offseason we’re in, we’re going a bit outside the box for this article. We’re talking about football, but we’re also talking about track. And baseball, and basketball, and, yes, even MMA.

And the beautiful thing? It all ties back to Miami’s rookies this year and back to football in general. So stick with me, and I promise you might learn something, even if I don’t cover the topic “necessarily, really, really well.”

I saw a tweet from Brett Kollman the other day that got me thinking about a really interesting topic: how cross-training with different sports can benefit football players and how certain sports translate well into certain positions in football. Here’s the tweet:

Looking at the examples that Brett provides, let’s take a deeper look at each of the skills these sports reinforce for football. Then we’ll see if any of Miami’s rookies have a leg up thanks to prior sports history (spoiler alert: Jaylen Waddle ran track… and he was fast).

First, offensive linemen that wrestled. As a former wrestler, this one made sense even though I didn’t play a down in the trenches after the 5th grade (I was a human pancake for much of that blissful season). Some keys to wrestling that apply to line play in football are having good balance, keeping your hips low, and being able to read and react to your opponent quickly. If you’re a good wrestler, then in football, you’re likely going to be able to maintain a good pad level, counter rush moves using both footwork and hand-fighting, and not get pushed or pulled off balance by defenders.

So there’s one example.

Next, we have defensive backs that played baseball. This is where I say that for many positions in football, there are plenty of sports that can help reinforce certain skills.

In my opinion, cross-training and being well-rounded as an athlete can only be a good thing, barring injury.

When it comes to baseball, Senior Bowl Director Jim Nagy provided a cogent description of how the sport helps defensive backs in football:

IF footwork and mainly OF tracking flyballs.

If you’re not savvy with baseball terms (I’m not either), IF means infield, and OF means outfield. To my mind, being an outfielder would be especially useful if you play safety in a scheme where you’re being asked to play a lot of cover one or anything with a safety high that has to roam the deep part of the field. Outfielders chasing fly balls deep have to be able to locate, track and run down deep strikes. So when people talk about how important it is for free safeties to be “rangy” deep down the field, that’s exactly what they mean. You have to be able to cover ground quickly out in space.

As far as footwork being important with infielders, that skill would be invaluable to cornerbacks, especially in the slot where things happen quickly in congested areas.

Third is wide receivers that played basketball. Basketball is one sport I didn’t play much of growing up, so I may be a bit less knowledgeable here. However, this translation between basketball and pass-catching in football holds a lot of merit when you consider how many tight ends started off their careers on the court rather than the field. This offseason, in fact, the Dolphins signed Jibri Blount as an undrafted free agent because of his background in basketball at North Carolina Central.

As far as the skill set goes, being physical when rebounding has a clear parallel with going up and snaring jump balls with defensive backs in coverage. Knowing how to box out defenders and having solid leaping ability also translate. Outside of actually catching passes, we’ve all heard plenty about Davante Adams of the Green Bay Packers and his release off the line of scrimmage. It looks like something you’d do in basketball when trying to knife past defenders into the paint. So at least with footwork, releases, and 50/50 ball prowess, basketball can help wide receivers.

Finally, we have defensive lineman that did MMA. This one also applies to offensive linemen, just like wrestling would with defensive linemen. Still, it translates well to the violence associated with playing on the defensive side of the trenches. Powerful and well-timed punches are key with both offensive and defensive linemen to get the other person off balance. In the case of defenders, landing the first strike to throw linemen back or keep them at arm’s length is key to rushing the passer or holding the point of attack in the run game. Being sudden with your movements and deft enough to dodge punches and keep linemen’s hands off you are also key skills that MMA reinforces.

There are many more sports that help with other positions, but you get the gist for the purpose of this article.

Now, do the Dolphins’ rookies have backgrounds in other sports?

I perused Maxpreps and 247sports in addition to a few other recruiting websites and did the best I could to find each of their sports histories. There are probably ones I’m missing, but I’m sure that Jaelan Phillips’ time as a pitcher in little league baseball wasn’t too big a thing for me to miss in my research (disclaimer: I do not know if Phillips actually played little league).

Starting with wide receiver Jaylen Waddle, he played basketball but was a track star in high school. As a freshman, he ran a 10.68 in the 100 meter and a 22.4 in the 200. For comparison, I’m a thoroughly average athlete and topped out at 12.4 seconds freshman year. So his times are insane. Like, Lightning McQueen type fast. He was also an impressive long-jumper.

I couldn’t find specific stats for Jaelan Phillips in high school, but the man played baseball, basketball, and volleyball in addition to football. How did he have time for all those sports? I have no idea. Max preps didn’t offer up that info. It all goes to show, at least in part, how Phillips is such a great athlete at the EDGE position. He’s incredibly well-rounded.

Safety Jevon Holland focused on football in high school. Still, one thing he’s mentioned in his press availability this far bears mentioning: he played wide receiver initially instead of a defensive back. When he opted out before the 2020 season, Holland was one of the country’s best ball-hawks, racking up interceptions and impressive coverage numbers. He credits his time at receiver for his above-average ball skills at the safety position.

Offensive lineman Liam Eichenberg was a football guy through and through, but that’s just fine. When you can play a game with only one functioning eyeball after getting the other one skewered, you’re probably already well equipped to play in the trenches. Hunter Long ran track in high school in addition to playing tight end on the gridiron. His plus-athleticism that was on display during his final season at Boston College was certainly aided by his time on the track team.

Finally, we have offensive tackle Larnel Coleman and running back Gerrid Doaks. Coleman has been endowed with “pterodactyl wings for arms,” according to my counterpart Kevin Dern, so he probably didn’t need any other sports experience to develop his gangly limbs that come in handy at tackle. He did, however, play baseball in high school, and rumor has it he was able to play center field and catch balls in both right and left field simply by lifting either arm. Doaks ran track, which is fitting. He isn’t a burner and might not have the final gear needed to be a home-run hitter, but he has enough juice to separate from linebackers on the second level when he hits a hole at full speed.

The moral of the story? Miami’s rookies have solid athletic backgrounds. And in general, cross-training outside of one’s primary sport can help in many ways, especially when it comes to football. 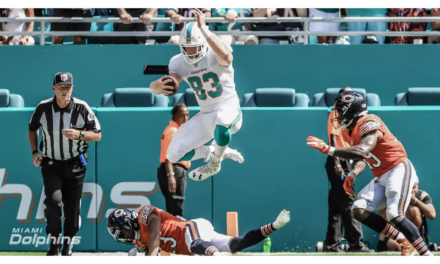 The Swap: O’Leary for Phillips 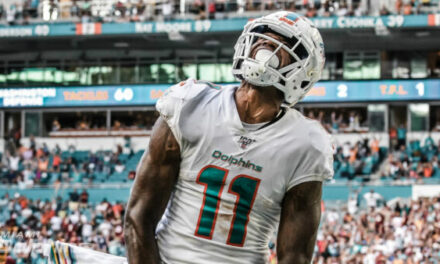 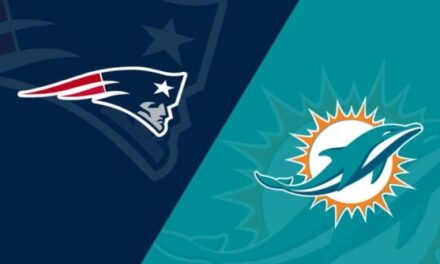 Look Ahead to 2020 Week 1: Dolphins vs Patriots