Everything You Need to Know About Xavien Howard’s Holdout, and What History Tells Us 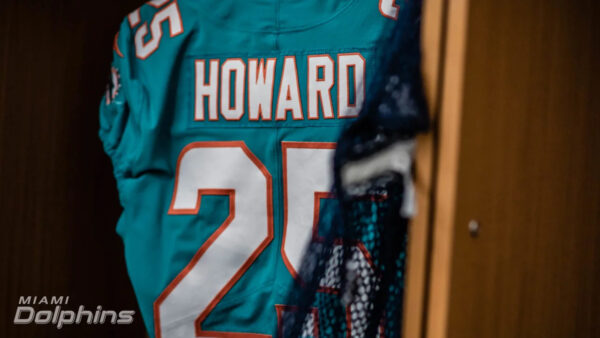 And in a way, so do interceptions.

Such is the case with Dolphins star cornerback Xavien Howard, who is holding out in hopes of securing a larger contract after a 2020 season where he pulled down an astounding ten interceptions and was a centerpiece of an excellent Miami defense.

Short of being named the Defensive Player of the Year (an award he more than deserved to win, but we’ll let bygones be bygones here), Howard did just about everything possible to warrant a new contract. The only issue?

He’s already got a relatively new contract. A big one, too.

In 2019, Howard signed a five-year, $75 million deal with the Dolphins. While that contract is a good chunk of change, Howard isn’t a huge fan of the fact that the corner he plays opposite from, Byron Jones, is making more than him. The Dolphins lured Byron Jones to Miami in free agency last year with an even larger deal, this one paying Jones almost $83 million over five years.

The Dolphins did well for themselves to secure perhaps the best cornerback duo in the NFL — an even bigger win considering how reliant Brian Flores’ defensive scheme is on having capable defenders in the secondary — but set up a house of cards by paying Jones more than Howard. This matters because while Jones was solid last season and plucked two interceptions, that really doesn’t compare to Howard’s ten.

I’m no math major, but logic would suggest that the more productive player should make more money. This isn’t the case with Howard and Jones, which is a major factor in the former’s current holdout.

Howard wants to renegotiate his contract to make more than Jones and ostensibly secure as much cash as possible. The Dolphins want to keep X around because he’s, well, awesome, but also need to be responsible with their cap situation, especially as they venture into what looks to be a championship window in the coming years, depending on Tua Tagovailoa’s development.

So, where to go from here?

The Dolphins could acquiesce and give Howard the money he wants, trade him, or Howard could end the holdout and play on his current contract. The situation is dynamic and hard to predict, but we do have one tool at our disposal to see how this saga might play out:

History. It tends to repeat itself, so I hear.

With all the details of Howard’s situation in mind, let’s look at other notable contract holdouts from recent years and how they turned out.

Le’Veon Bell: The former Steelers running back was looking for the long-term security of a multi-year contract. Pittsburgh wanted to keep Bell around, but the two sides weren’t at all close when it came to negotiations.

The Steelers tagged Bell in hopes that negotiations could continue, and Bell played the 2017 season after holding out through training camp. Heading into the 2018 season, talks were still at a stalemate, and the Steelers were forced to tag Bell once again. In a rare move, the running back then held out for the entire 2018 season and burned all his bridges with the team.

He eventually hit free agency as planned and secured a deal worth almost as much as he wanted from the Steelers. There was just one problem: He signed with the Jets.

Bell struggled in New York, butted heads with head coach Adam Gase, and was eventually cut. He then signed with the Chiefs but wasn’t used much.

Bell got a nice contract after the Steelers holdout, but he’s now an aging, unemployed running back who didn’t play a snap in the Super Bowl with Kansas City and had some serious mileage on him.

Earl Thomas: As the Seahawks headed into a 2018 season that was looking more like a rebuilding year than a time to compete, Thomas was the last remaining member of the famed Legion of Boom. Sensing the long season ahead and aware of his increasing age, Thomas held out for a new contract. He stayed away from the team all the way through training camp and the preseason but reported in time to play week one.

In week four, Thomas broke his leg. For any player seeking a new contract, a serious injury is their worst nightmare because of the damage it does to their bodies and their value. Bitter about how his decision to play backfired and knowing that the team had officially won the contract dispute, Thomas sent Pete Carroll a thoughtful farewell from the injury cart.

Needless to say, Thomas didn’t get that new contract from the Seahawks.

From there, Thomas signed a big deal with the Ravens for $55 million over four years but was cut after only one season for off-field issues and a scuffle at a practice where Thomas threw a punch at a teammate.

Khalil Mack: Mack’s holdout was one of the top storylines heading into the 2018 season. Rather than playing on the final year of his rookie contract, the wrecking ball of a defensive end wanted a big-money, long-term deal from the Raiders.

Mack isn’t an attention-seeker the same way Le’Veon Bell or even Earl Thomas has been at times, but he still opted to spend the entire offseason away from the team to further his goals. He missed OTA’s, minicamp, training camp, and preseason before something novel happened compared to our past two case studies.

As we all know now, he was dealt to the Bears in a blockbuster deal.

Mack agreed to a colossal six-year contract with $90 million guaranteed and has continued to be a dominant force off the edge in Chicago. The Raiders, meanwhile, have been thoroughly mediocre since.

Darrelle Revis: No holdout conversation is complete without mentioning the 2010 holdout of Jets phenom Darrelle Revis. The cornerback with his own island practically re-wrote the art of contract holdouts and negotiations during his time in the league.

Revis was scheduled to earn only $1 million that season from a rookie contract he had already massively outperformed. So he held out, seeking a new deal that paid him for what he was — the league’s pre-eminent shutdown corner.

Negotiations with New York’s front office, including Mike Tannenbaum and Rex Ryan, went on for about six months before Revis began his 36-day holdout. He missed everything up through the end of the preseason.

With a week before the season opener, Revis finally reported to the team with a pen in hand. He signed a four-year deal that included $32 million guaranteed. Talks with the Jets had been tumultuous amid what became a media circus at times, but Revis got what he wanted. Before the deal was up, he took his talents to Tampa and then to New England, where he finally won a Super Bowl ring.

There is a definite theme among these holdouts involving the security of playing on a long-term deal versus a contract that’s about to expire. However, in the case of Xavien Howard, he’s just after the bag following his stellar season. There’s not much to be gained security-wise from him getting a new deal with his current contract still being relatively fresh.

That’s what makes this situation so unique.

Holdouts in the NFL generally favor the franchise rather than the player, but as we can see from the Revis and Mack examples, players can win, too. Or, in the case of Aaron Donald a few years back, a holdout can end in a win-win where the player is fairly compensated, but the team isn’t strong-armed into an untenable financial situation.

There’s no telling how Howard and the Dolphins will handle the standoff. With luck, the dynamic will be civil and resolve itself without drama. But if Howard’s agent, David Canter, decides to turn things tenuous?

We could be in for a Darrelle Revis-type showdown. 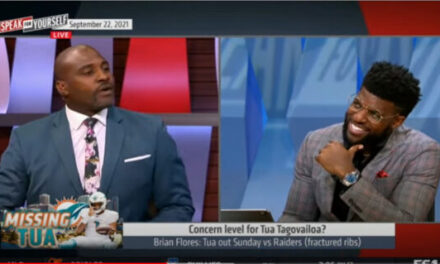 SPEAK FOR YOURSELF on FOX SPORTS: Tua’s Injury and the Dolphins Offensive Line