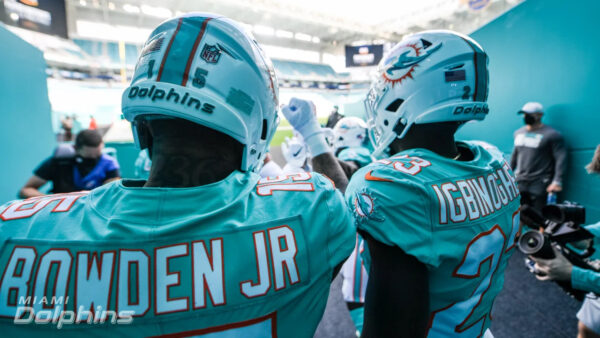 Let get the obvious out of the way first: For the Miami Dolphins to take that next step as a contender, Tua Tagovailoa has to improve in his sophomore campaign.  There, it’s been said.

Now, as the team looks to cement itself as a new force in the AFC, The Dolphins will have to improve upon already established strengths, rely on new faces, and display progression from their younger contributors. Here are a few things that I believe we MUST see from this team for us to improve upon last year’s 10-6 season:

THE OFFENSIVE LINE MUST IMPROVE:

It’s a football cliché that’s about as old as the game itself; “It all starts upfront.” When you can win in the trenches on both sides of the ball, your chances to win increase dramatically. Specifically, the year-two progressions of Robert Hunt, Austin Jackson, and Solomon Kindley will be absolutely crucial for one of the youngest offensive line units in the game. The center position has been the big question mark even before not re-signing last year’s starter Ted Karras.

Although The Dolphins managed to pick up former Ravens’ starter Matt Skura in the offseason, he has had trouble with the snap in the past (specifically a three-fumble debauchery against the Patriots last year). The Dolphins also managed to acquire veteran tackle DJ Fluker and draft Liam Eichenberg in 2nd round of this year’s draft. The Notre Dame product has been tabbed as a potential week-1 starter and showed great technical ability during his time in South Bend. These additions, along with the presumably increased chemistry of the incumbent starters, should make for a more well-rounded unit in 2021 — and they will need to be. The Dolphins finished last year as the #28th ranked offensive line unit, according to PFF.

THE DEFENSIVE LINE WILL NEED TO MAINTAIN THE PASS RUSH:

The defensive side of the line comes into the new season with a lot of potential. A big jump is expected from 2019 1st round selection Christian Wilkins and Raekwon Davis, who finished on the Pro Football Writers of America All-Rookie team. In last year’s offseason, the Dolphins brought two defensive ends in Emmanuel Ogbah and Shaq Lawson. Ogbah had a breakout 2020 season, finishing with career highs in sacks, pressures, and tackles. Lawson, who also proved to be a respectable presence, was ultimately traded away this offseason. To fill his void in the pass rush, all eyes are on this year’s 1st round selection Jaelan Phillips, a University of Miami prospect whose tenacity and explosiveness jumps off his respective highlight reels.

The Dolphins also picked up veteran DT Adam Butler through Free Agency and resigned an overachieving and fan-favorite DE Zach Sieler. Stopping the run will also need to be a focal point for this unit. The 2020 Dolphins gave over 116 yards on the ground per game, which isn’t terrible but not good enough to even finish in the top half of the league. All in all, the blitz packages that provided a spark for last year’s pass rush will obviously look different now that opposing teams have tape, and it will be up to this defensive line to maintain the success found last season.

HAVE A SOLID/RESPECTABLE RUN GAME:

Death, Taxes, and National Questions about The Dolphins run-game: These seem to be the only certainties during the Chris Grier tenure as The Dolphins GM. In another year, where there were multiple draft prospects and free-agent talent at the position, The Dolphins elected to stick with the incumbent backs from the previous season. Myles Gaskin has been a pleasant surprise throughout his whole career with Miami — climbing up the depth chart and earning every ounce of playing time he has coveted — as well as his former college roommate Salvon Ahmed. This being said, neither proved to be an every-down back you expect to see in a respectable run game. The Dolphins finished 4th worst in yards per rush last season, according to NFL.com (3.9). The impacts of newly signed Malcolm Brown and 7th round selection Gerrid Doaks remains to be seen, but it is clear that for the Dolphins to provide a solid ground attack, It will need to be done “by committee.” You can also factor in the potential of swiss army knife Lynn Bowden Jr. to receive some carries.

Note that the subheading for this reads “Solid/Respectable.” By this, I mean just that; it doesn’t have to be elite or even a top-10 attack for that matter (the Super Bowl Champion Buccaneers finished 28th in team rushing last year); it just has to be somewhat of a threat for this offense to take the next step. The excitement has been, of course, around Tua and the new offseason acquisitions in the passing game, but without a solid run game, we are in danger of being a 1-dimensional offense in 2021.

Will Holland lead Miami in INTs? - Powered By PickUp

VOID OF BOBBY McCAIN MUST BE FILLED:

It was somewhat of a surprise to see veteran and last year’s team captain Bobby McCain let go during this offseason. However, the Dolphins did bring in some players at the position: veteran Jason McCourty and 2nd round selection Jevon Holland out of Oregon. Eric Rowe has proven to be a solid asset for defending TE’s as the Strong Safety spot, and 2020 draft selection Brandon Jones also showed promise in his rookie season. This being said, it is important that whoever takes over the Free Safety position must command and lead for this defense and do so on day 1. McCain’s leadership and ability to put teammates in the right position is not something Miami will be able to replace overnight. In fact, this may be the biggest question mark for the team overall (outside of Tua, of course).

Holland is the presumed favorite to start at this role. Although McCain was a great leader, his stats from this past year were not something to cry home about, as he was part of a unit that gave up the most yards after the catch per reception in the NFL last season (6.2 yards). Holland is the definition of a ball hawk. He has good vision to read the quarterback’s eyes and predict the receivers’ routes, and he has the speed to keep up with receivers. He’s also more than willing to lay out for those big hits, as the Oregon product is also a reliable tackler that should help the secondary contain explosive plays. The most important thing for Holland is his ability to transition into a vocal and disciplined leader for the secondary and the defense as a whole. Regardless of whether it is McCourty or Holland as the week 1 starter, one thing is clear: A new leader in secondary must emerge.

An extremely underrated variable of this franchise’s turnaround has been the great production we’ve seen from Special Teams. Jason “Sandman” Sanders in 2020 went 36 for 39 on-field goals, a 92.3 percent conversion rate. He also did not miss a single PAT attempt during the ENTIRE season (made 36 of his 36 attempts). It wasn’t just the Sandman, however. The Dolphins finished 1st in the NFL in kickoff return yards allowed per attempt (15.7 yards), 3rd in opponent FG % (73.9), 4th in opponent starting position, and top-5 in punt return yards (354).

The return game currently consists of Jakeem Grant and 2nd-year cornerback Noah Igbinoghene, but expect to see 1st round pick Jaylen Waddle Or Lynn Bowden Jr. compete for the position. Although Grant has always been a consistent X-Factor in the return game, his current stance with the team is in question after multiple acquisitions in the WR room and a subpar 2020 offensively. Overall, all signs point for the Dolphins to continue to succeed in Special Teams — and for a team looking to take that next step into contention, it will need to be. 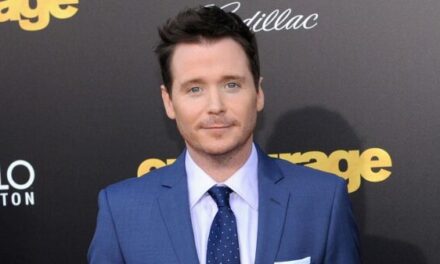 How Did Actor Kevin Connolly Become a Miami Dolphins Fan 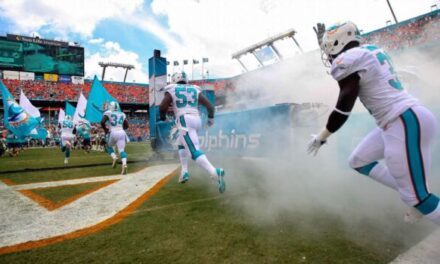 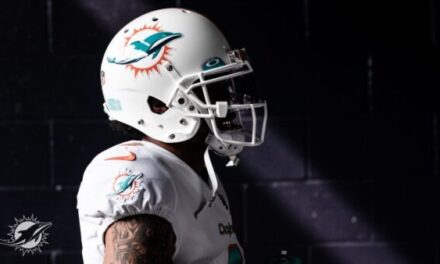