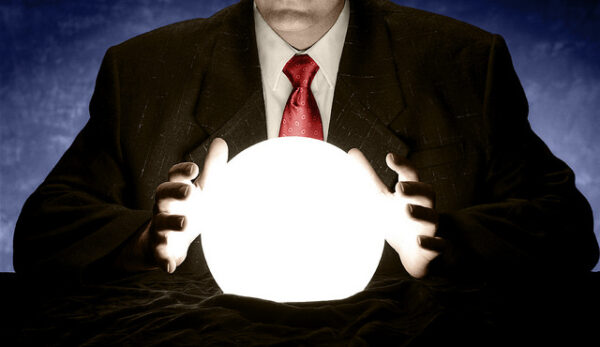 We are days away from the start of the 2021 NFL season which means you know what time it is. That’s right it’s time to break out my crystal ball and look into the future to tell you how things will play out and give you my 2021 NFL season predictions.

Being a Miami Dolphins fan, I think this season will be very promising and end with a spot in the playoffs. We see continued growth from Tua who will win over National Media pundits with his play in 2021 and by season’s end, the talk of “other” quarterbacks coming to Miami to replace him will be no more.

My picks and predictions the last couple of seasons were a bit off and to correct that problem I have a brand-new crystal ball. That’s right I now have the Quartz Clear Crystal Super-Sphere 4500 the Cadillac of Crystal balls. And what I am seeing for the upcoming 2021 season is coming in very clear. The AFC I believe will be a three-horse race with Buffalo and Cleveland chasing KC for the AFC crown. In the NFC I think the two old gunslingers Brady and Rodgers will be dueling it out for a chance to get back to the Super Bowl. But don’t sleep on the NFC West as they have three very good teams who could shake things up.

So, without further ado let’s get to my 2021 Picks and Predictions.

Buffalo: Not even close as they are the best team in the AFC East I feel. Legit chance to get to a Super Bowl.

Miami: I think 2021 will look similar to 2020 for the Dolphins. Good season, but this time they sneak into the last playoff spot.

New England: Outside of quarterback this team is very good. The lack of a proven quarterback and wide receivers will hold them back.

NY Jets: Moving in the right direction but they are still two years away.

Cleveland: Last year’s playoffs showed they are no joke anymore. Capable of getting to a Super Bowl in 2021. Yes, they are that good.

Baltimore: If Lamar Jackson plays well they will be dangerous in the AFC this year. If he plays poorly they are dead in the water. The loss of J.K. Dobbins is big though and will hurt them.

Pittsburgh: Something is missing with this team, I have lost faith in their head coach, and they have a lot of personalities that are more “ME” than “TEAM” on that roster.

Cincinnati: They are still a year away and I’m not sure they have the correct head coach in place to lead them to where they want to go.

Tennessee: The offense is loaded. The defense needs some work. If they can figure it out on defense, watch out!

Indianapolis: Can Carson Wentz be good enough? Is Carson Wentz healthy? If either of those questions is answered with “NO” then the Colts are in trouble.

Jacksonville: Trevor Lawrence will make some noise this year and prove he is the real deal. The team is still far away from being competitive. And they can be thankful for Houston that they aren’t the worst team in the league.

Kansas City: They had one weakness; the offensive line. Now it’s fixed. I think they win a lot of games this year and most of their wins will be by a large margin.

LA Chargers: Herbert builds off a strong rookie season and shows the world it was no fluke in 2020.

Denver: Like the Patriots, outside of quarterback this roster is damn good. If Bridgewater plays well they will be tough to beat most weeks.

Las Vegas: Team is ok, not awful…not great. The fact their division is so tough I think they will struggle to win games most weeks.

Washington: This division stinks but Ryan Fitzpatrick will navigate them to a division title and lead them to the playoffs. Fitzpatrick’s first-ever playoff appearance.

Dallas: With Dak back they will be improved. The offense can be great. The defense is still a hot mess.

NY Giants: Kind of like the Raiders, the Giants aren’t awful, not great. Just kind of there and a middle-of-the-pack team that you don’t get excited about.

Philadelphia: Lots of holes on this team. A real lot! Although I think Jalen Hurts will have a very good year.

Green Bay: If Rodgers just shuts up and plays they are the best team in the division.

Minnesota: Every year I pick Minnesota as a sleeper team to go far and every year they let me down. Oh well, I will give it another shot, but this year only picking them to sneak in as a Wild Card. Don’t let me down Vikings!

Chicago: If not for Detroit this is a last-place team. Dalton or Fields at quarterback isn’t a good situation to be in for the 2021 season.

Detroit: Good luck with Goff at quarterback and a crazy person as your head coach.

Tampa Bay: Brees is gone and Brady is still here, Tampa is the class of this NFC South.

New Orleans: Sean Payton will have them competitive each week but can Jameis Winston lead them to the playoffs? I don’t know about that.  Michael Thomas missing time hurts more than some may think.

Atlanta: Even though Julio is gone I still like what the Falcons have on offense.  I’m not sure the defense can’t get any worse. Well, maybe it can get worse and that’s why I don’t see them making the playoffs.

Carolina: Every year there is one team my crystal ball cannot get a read on, this year it’s the Panthers. They have skill position talent, but can Sam Darnold take advantage of it? Their defense, I’m not sure if it’s good or not.

LA Rams: With Matthew Stafford, I think a return to the Super Bowl could happen.

Arizona: They added a lot of big names to this team, and I think they will be improved. Kyler Murray takes a big step in 2021 to be an elite quarterback.

Seattle: They have a lot of talent but will the Russell Wilson unhappiness cause issues at some point this year?

San Francisco: Big questions at quarterback for San Francisco.  Any other division they are probably not the last place team but the NFC West is loaded. 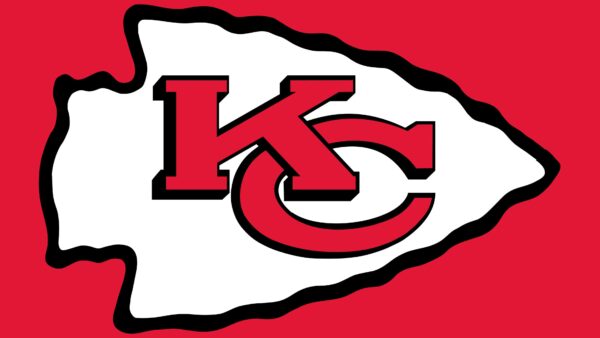 COACH OF THE YEAR: Andy Reid

ROOKIE OF THE YEAR: Najee Harris

So that is it, my 2021 NFL Season Predictions are now out there in the universe. Let’s hope my new and improved crystal ball makes me look like a genius and not a fool come the end of the season. Enjoy the 2021 NFL Season everyone! 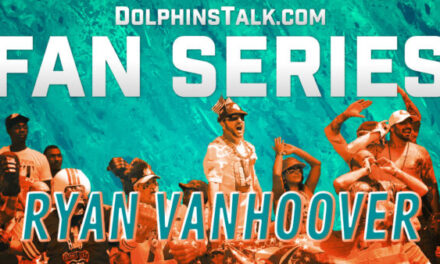 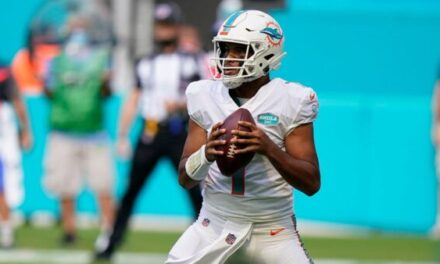 ESPN GET UP: Analysis of Brian Flores Saying Tua Tagovailoa is Our Quarterback 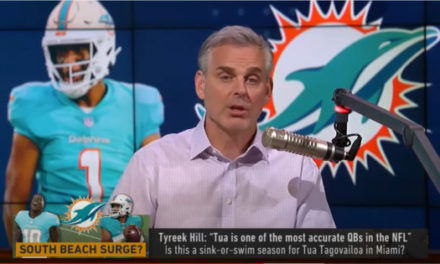 Cowherd: Expectations for Tua in Miami with Tyreek Hill now as his #1 WR 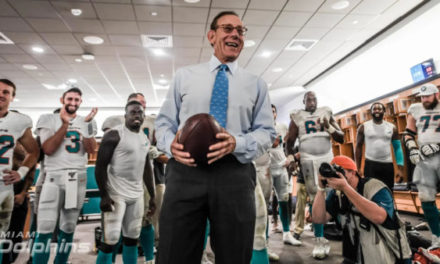