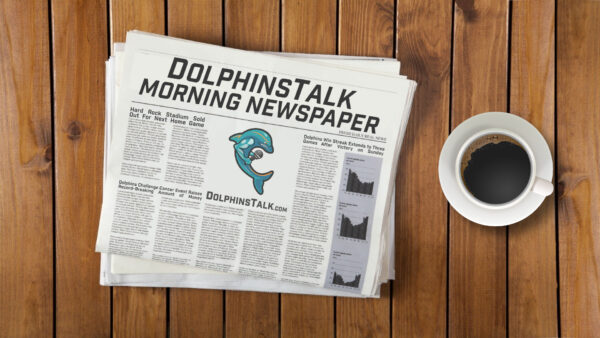 The Miami Dolphins claimed Elijah Campbell off of waivers Wednesday afternoon. Campbell was released by the Jets on Tuesday. Campbell is a nickel cornerback out of Northern Iowa who played three games for the Jets in 2020 and spent time in the XFL. He will join a very crowded Miami Dolphins secondary group.

The Miami Dolphins announced the signings they made to their practice squad Wednesday after everyone had cleared waivers. Some of the added names were Shaqueem Griffin, Gerrid Doaks, Patrick Laird, Kirk Merritt, and Calvin Munson. CLICK HERE to see the full list.

Also, we would like to wish a Happy Belated Birthday to Miami Dolphins legends Jason Taylor and Zach Thomas, who both had a birthday yesterday. Hope you both had a great Birthday!

Mike and Ian were back live Wednesday evening with another episode of the DolphinsTalk.com Podcast. They broke down the big news of the past few days with all of the Miami Dolphins roster cuts, who was signed back to the practice squad, and what if any moves were surprising. They also opened up the listener mailbag to answer the questions that you sent in.

DolphinsTalk blogger Michael Hernandez wrote a piece on if there should be a concern with the depth, or lack thereof, at the center position on this current Dolphins roster.

Join #FootballUnites partners and @FoodForThePoor collecting needed supplies for #Haiti. Goods can be dropped off for shipment on Friday, Sept. 10 from 1-7pm at @FoodForThePoor in @CoconutCreekGov.

On Wednesday, Tua met the media and was asked about the Week 1 contest vs. the New England Patriots who have now announced his former Alabama teammate Mac Jones as their starting quarterback. Here is what Tua had to say below.

“I think it’s going to be competitive,” Tagovailoa said. “Just knowing Mac Jones since I got there — we got in at the same time at Alabama — he’s a very competitive guy, very smart. Athletic. He’s instinctive and I know he’s going to do all he can to get his guys ready.”

Daily Dose of Dan brought to you by @DolphinsTalk.com pic.twitter.com/Ot9hJwwAGK

Dan Marino and Ryan Tannehill combined for 17 of the Dolphins’ 20 Individual 3,000 yard passing seasons entering 2019. What players posted the other 3?

Former NFL Punter and current Radio Show Host and WWE Commentator Pat McAfee went to war with #DolphinsTwitter late Wednesday night. You can go to Pat’s Twitter feed to catch up on everything he had to say about the Dolphins and their fan base.

With a lot of Fantasy Football Drafts taking place over the course of the next few days, Dolphins fans, of course, are always interested in which Miami Dolphins players are guys they should be targeting or avoiding this season. While Fantasy Football is an inexact science and various fantasy "experts" have a wide range of opinions, I want to focus today on Miami Dolphins kicker Jason Sanders to see what is expected of him this year. Dan Harris from FantasyPros had this to say about Sanders from a fantasy football perspective this upcoming season.

"Sanders was the top kicker in fantasy both because he was in an offense that was able to move the ball consistently but not score touchdowns and because he was just flat-out accurate. He was perfect from within 40 yards and on extra-point attempts, went 12-of-14 from 40-49 yards, and 8-of-9 from 50 yards or more. Sanders had never shown that level of accuracy from long range before, so fantasy managers would be wise to view it with a bit of skepticism. Still, with his 2020 performance, it would be difficult to consider drafting him as anything but a top-10 kicker in fantasy."

The Dolphins First Ever Game in Franchise History was September 2, 1966. They lost to the Oakland Raiders 23-14

Joe Auer of the Dolphins took the opening kick-off, the first play in franchise history, back 95 yards for a touchdown. Oakland stormed back to take a 17-7 lead and hold on to a 23-14 victory.

For 2021 events at Hard Rock Stadium, the parking lots will close 1.5 hours after the event is over.  See also “Gate Entry Times” and “Tailgating Guidelines" at the Hard Rock Stadium website. CLICK HERE 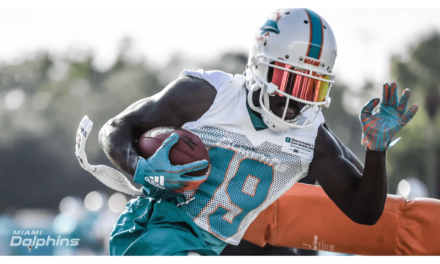 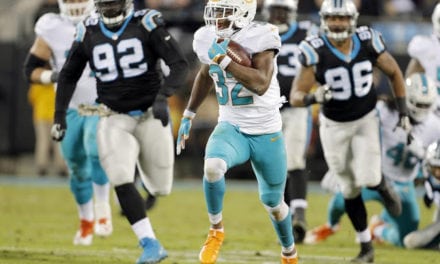 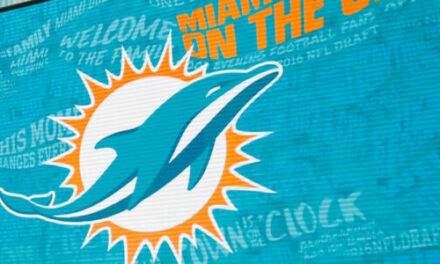 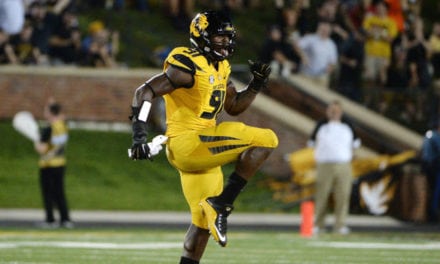 Dolphins Select DE Charles Harris out of Missouri at Pick #22