Tua Not Named “Captain” Does Mean Something 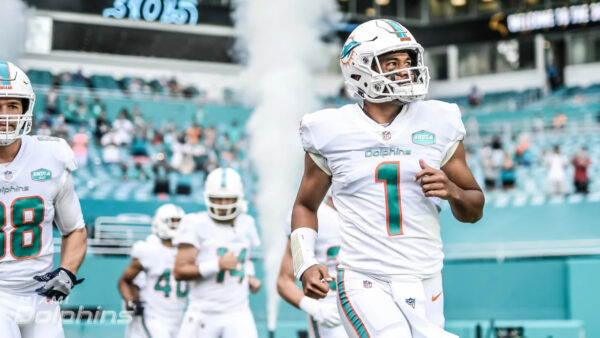 Quarterback Tua Tagovailoa was not elected captain, nor did he put his name on the list of eligible candidates to be captain– the process the locker room likes to follow.

Many fans of Dolphins Nation want to play this situation down like it doesn’t mean anything.

Because until the Miami Dolphins start endorsing Tua — not just verbally, but by action– this outside noise about quarterback drama between the fanbase and the media will continue to progress.

Consider the Dolphins free agency period before the season: the Watson rumors were swirling, and Flores failed to shut it down initially by not holding firm and saying, “Tua is our guy.” Instead, he addressed it by saying he’s excited for the guys he has “right now” and is committed to developing his players. He did say he was excited for Tua in Year-2, but his toned implied a “let’s wait and see on Tua” approach.

He left the door open again after the conclusion of the team’s 4th preseason game when once again, the Watson rumors were swirling based on more recent reports.

“Any conversations we have or don’t have will remain internal,” was Flores’ initial response.

#RollTide: Who gets a playoff win first? - Powered By PickUp

He later expressed confidence in Tua, but only after he was set up by the following question regarding his thoughts on the quarterback.

If you combine this with the lackluster rookie season Tua had in 2020 and the events that took place during and after the season, the perception of the lack of confidence in Tua gets worse:

— Being promoted starter after Ryan Fitzpatrick and OC Chan Gailey believed the team was hitting their stride on offense, was 4-3 at the time, and in the thick of the playoff race.

— Being benched for Fitzpatrick twice and sitting out a game with a thumb injury while Fitzpatrick led the team to victory against the division-rival New York Jets in their 2nd meeting.

— the coincidental collapse in the team’s season-finale against the division rival Buffalo Bills just after it was announced that Fitzpatrick wouldn’t be playing in that game due to being on the COVID-list. Killing the Dolphins chance to make the playoffs.

— Finding out that players in that locker room weren’t sold on Tua and preferred Fitzpatrick.

In mid-August, it was reported that Fitz and Gailey literally thought Flores was making a joke when he told them Tua was going to replace Fitz as the starter.

All these stories that seem to keep surfacing providing more doubts about the Dolphins young quarterback.

They seem more to be like a dormant volcano just waiting to erupt again.

And this “team captain” story is just another headline to add to the narrative that there is something wrong with Tua.

Because no one outside from a small portion of hardcore Dolphins fanatics will care about the election process of Miami’s locker room. All they are going to remember is that Tua was not elected captain and that other young QB’s in the same AFC East division were:

–Bills freshly-inked franchise QB Josh Allen was captain by his 2nd season (following a terrible rookie performance). Allen is entering his 4th season as the Bills starter, and needless to say, Captain.

Is Tua entering his 2nd-season? Not captain.

–Jets rookie Zach Wilson, who is on an awful rebuilding team that may go 5-12 this season, was also elected captain.

Hmm… Tua was on a rebuilding team last year, wasn’t he? And didn’t the Dolphins in their first year under Flores go 5-11?

–Patriots rookie Mac Jones wasn’t elected captain for 2021 (oh no!). But with him beating out Cam Newton for the job, a strong preseason showing, and Bill Belichick fully endorsing him by cutting bait with the only true competition Jones may have for the starting position… you can bet Jones will be a team captain entering Year 2.

Tua is going to have to wait until Year 3 to have another go at the process. And it’s going to look really odd again if he doesn’t nominate himself to be elected.

But in the grand scheme of things, from a macro-perspective, it doesn’t matter that Tua didn’t put his name on that list to be drawn out of a hat (or whatever it was).

It only matters that his jersey doesn’t have a big “C” on it on Sundays. (to be honest, I don’t think the Flores’ Dolphins use the patch.. but whatever. I’m trying to make a point!)

And that’s all anyone will remember. That’s all the nation will remember and NFL fans across the world. And with everything else surrounding Tua, that’ll be enough to be a narrative in 2021. Just another nugget to knock Tua on.

Because quarterbacks matter, people. It’s the position that has either the power to get you fired if you get it wrong or give you a chance at a Superbowl if you get it right.

He leaves this subject open to speculation and more and more questions by the media regarding his quarterback and the future of this franchise throughout the season.

And Flores dislikes questions like that. But he’s leaving himself open for them.

Flores likes to live day by day, week to week, regarding his football philosophy and staying focused on the task and opponent at hand. He doesn’t want to be addressing this subject.

But unless he shuts the door, instead of leaving it ajar, the hot-aired questions will keep coming in.

I’m not saying Flores has to dismiss the process of how captains are elected in that locker room because you have to respect the overall players’ wishes. Still, sometimes you have to override the system for the betterment of the organization.

Back in 2013, center Mike Pouncey and guard Richie Incognito were voted onto the leadership council by the locker room. Then head coach—Joe Philbin— let the process play out, and the Bullygate scandal eventually arrived.

Pouncey and Incognito were key players in that story.

Philbin probably could’ve stopped the shenanigans in that locker room before it went out of control, but he respected the process, and by doing that… he made a mistake.

It was a total embarrassment to the organization.

And I’m not saying this situation is an embarrassment, but it’s not making Tua look like the guy the organization believes in.

Having your quarterback as a captain is a sign of confidence. It’s a sign that you believe in the guy who touches the ball every single snap. That he is going to be the one to lead you to victory.

It’s an endorsement that your quarterback has the respect of that locker room and that the media and fanbase should think twice before establishing doubt.

And for a young quarterback to wear the ‘C,’ it demonstrates that he’s on the right trajectory as a player.

But from a media viewpoint, the Dolphins have opened up their stance on Tua to be questioned. To be doubted.

Remember, former franchise quarterback Ryan Tannehill wasn’t a team captain until his 3rd season in 2014. And by late September, in that first season, he was named a captain; Tannehill wasn’t getting assurance from head coach Joe Philbin that he would be the starting quarterback for the Miami Dolphins before a game versus the Oakland Raiders.

Tannehill’s tenure in Miami was filled with many doubts, ups and downs, chaotic storylines, mediocre seasons, a torn fanbase, and by the end… it just didn’t work out. He wasn’t “the guy.”

What Tannehill went through is very similar to what Tua is going through now, and this is just after Tua’s rookie season.

By 2016, it was learned that Joe Philbin wanted to draft a new quarterback in 2014. That quarterback just happened to be the same one Tannehill faced that Sunday in late September 2014– Derek Carr.

Just like that dark Carr-cloud hanging over Tannehill’s head for a short time, Tua is continuously followed by Deshaun Watson trade rumors.

So maybe not naming Tua a team captain in Year 2 doesn’t mean anything, but having to wait until Year 3 to put the label on your 5th overall pick and most important position definitely says something.

Tua didn’t put his name in that hat. He’s too humble.

But Flores should have.

And the team would’ve voted for him. Because the team knows Tua has put in the work this offseason and taken some major steps.

And Tua would’ve been captain.

And I could’ve avoided writing these 1,500+ words. 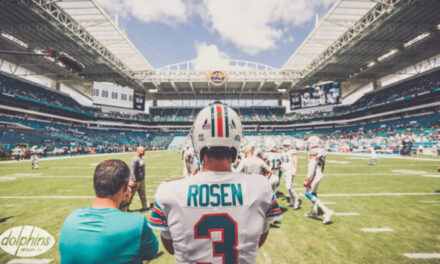 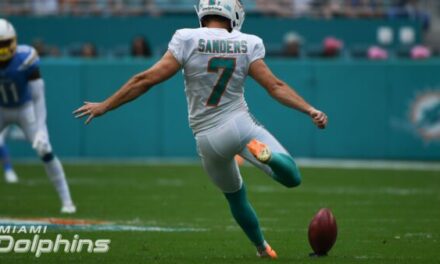 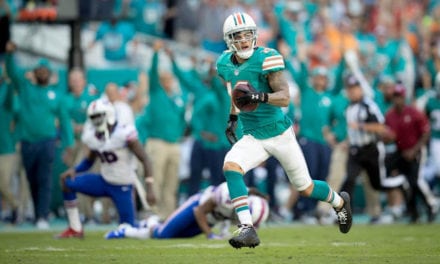