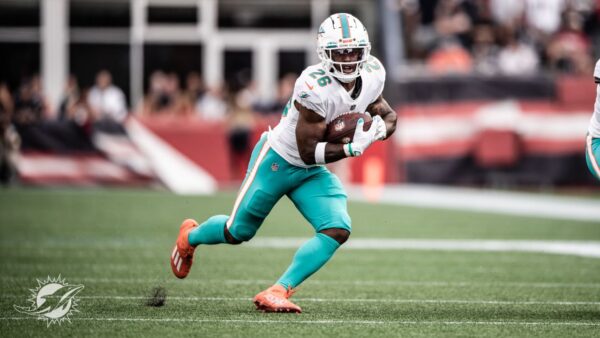 The Miami Dolphins (1-3) will travel to Raymond James Stadium to play the defending Super Bowl Champion Tampa Bay Buccaneers(3-1). The Dolphins are coming off a brutal home loss to the Colts 27-17 to give Indianapolis their first win of the season. Quarterback Jacoby Brissett could not get anything going until late, finishing the day 20/30 199 yards and two scores. He will need to play much better and take many more shots if the Dolphins have any chance of beating the Bucs. On the other side of the ball, the defense was gashed for 139 rushing yards, including 103 on 16 carriers for Jonathan Taylor. The Dolphins look to add Raekwon Davis back to IR in hopes of helping plug up those gaping holes. Will Fuller was placed on IR earlier this week with a finger injury, and DeVante Parker is questionable with a shoulder/hamstring injury.

1. Can the offense get it going early?

Over the last few weeks, we have watched this Dolphins offense really struggle to move the football, that is, of course, until the game plan is thrown out and they are forced to sling the ball around. The Dolphins will have to be able to move the ball, keep the defense fresh and put up points if they have any chance of winning this game. If they struggle early, this game could get ugly quickly.

2. Get your playmakers involved

I have a hard time figuring out why the Dolphins refuse to give the ball to their playmakers. Last week they got Waddle involved early, and it was working then just completely went away from him. They did not get Parker or Gesicki involved until the 4th quarter, where oddly enough was the only quarter they could move the ball. If Parker can go, you have to get him, Gesicki and Waddle involved early and force the defense to try to take one or two of them away. That’s when big plays start happening, which we have not seen much of.

3. Get pressure on Tom Brady

We, as Dolphins fans, know first hand what Tom Brady will do to you if you let him sit back in the pocket. The Dolphins HAVE to find a way to get to Brady early; whether it’s from rushing 4, blitzing, or whatever exotic package Flores can come up with, they need to hit him early and often. If they allow Brady to sit back comfortably, he will pick them apart with his arsenal of weapons on the outside.

This is a no-brainer for me. Brissett HAS to play better if there is any chance of winning this game Sunday. He has to try and take shots down the field and can’t continue to take the check down. The more shots he takes, the more the field will open underneath and holes in the run game. The offense starts with him, and they will go as far as he takes them.

Like I said earlier, the defense needs to get pressure, and Phillips and Ogbah have shown they can get to the quarterback. They will need to be a step quicker this Sunday to not just get pressure but get a hit on Brady as well. If these two guys can win their matchups and rattle Brady the Dolphins could have a chance of pulling off the upset.

As much as I would love to see the Dolphins win this game, I can’t see it. If Tua was at QB, there would be a chance, but with everything we have seen from Brissett and this offense, I have little confidence they will be able to put enough points up to win this game. If the defense can keep the Bucs offense under wraps and keep it close to give, the Dolphins hope late they may be able to leave with a win. 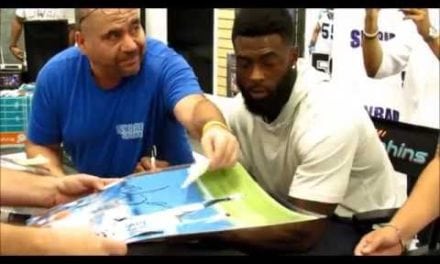 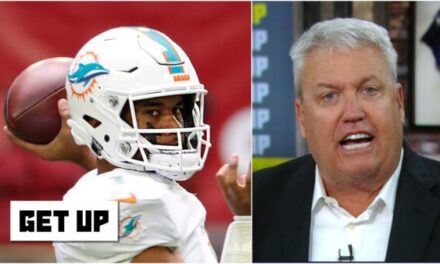