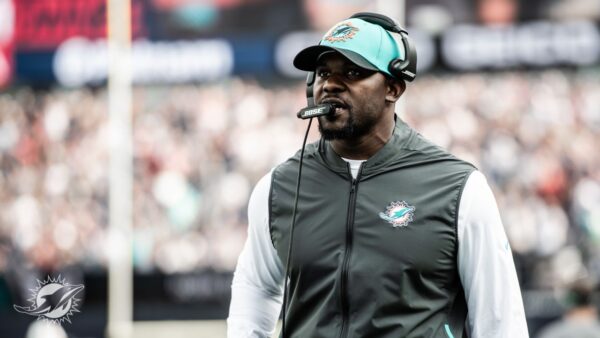 By now, there shouldn’t be any doubt that the Dolphins were serious about trading for Deshaun Watson prior to the trade deadline. General Manager, Chris Grier, reportedly had agreed on the terms of a deal, however, Nick Caserio, his Texans counterpart, increased the asking price once he found out that his embattled quarterback was close to settling most of the claims. The Dolphins owner, Stephen Ross, did not appreciate the strong-armed tactics employed by Houston and decided to nix the negotiations, let Tua Tagovailoa play out the remainder of the season, and reassess their options in 2022. Nevertheless, in today’s NFL, the head coach is inextricably tied to his quarterback, and although Brian Flores publicly supported Tagovailoa on multiple occasions, one can only wonder if he was onboard the Watson bandwagon behind closed doors.

Therefore, we must wonder, is Flores on the hot seat?

Fans who are on the lookout for the best betting odds must go a step further and evaluate the status of the coaches of the teams they want to wager on. You can always find people chiming in on betting forums with their speculations. Below is a list of the latest NFL coaching hot seat rankings, beginning with, of course, Coach Flo’.

After a dismal start to his rookie season, in which it was abundantly clear that the franchise was letting go of their top talent, i.e., Tannehill, Tunsil, Stills, Alonso, and Fitzpatrick; coach Flores somehow managed to win five of the last nine games with a below-average roster. Last season, his second in Miami, he managed to win 10 games, which had not occurred since 2016. It is, therefore, not a surprise that the expectations were high for 2021. After starting with a victory at home against the New England Patriots, albeit by one point, the fans were poised for a Dolphins renaissance. Unfortunately, that never materialized. Instead, the Dolphins lost seven in a row, until finally winning their second game of the season versus the lowly Houston Texans in Week 9.

Does Flores deserve all the blame? Probably not, even though there have been questionable strategic decisions on his part. Most of the blame can be aimed at Tua Tagovailoa, who can’t seem to stay healthy. The fragile quarterback left the Buffalo game at home early when he fractured a rib while sustaining a sack during the first half of that contest and then missed the next two games. Then this past Sunday, he missed the Texans game with a fractured finger. He has been unspectacular and average at best, especially considering that the Dolphins drafted him 5th overall in the first round.

The Dolphins defense, which was one of the best in 2020, has been one of the worst so far in 2021. Turnovers, or a lack thereof, have tilted the table against the Fins. We know that turnover ratio is a volatile statistic, that can fluctuate wildly from year to year, which has been the case this year. The lack of a consistent pass-rush has also been a factor and considering that Flores is a defensive-oriented coach, this does not bode well for him. Therefore, aside from the General Manager and Player Development, the Head Coach almost always takes the blame and pays the price when a team loses.

If Coach Flores truly believes in Tua, then he very well may be on the hot seat for the remainder of the season, however, if he has advocated for Watson behind closed doors, he may be able to survive until the future franchise quarterback is acquired.

Depending on how fans view the mood of the owner John Mara, it is tough to argue that some coaches are on a hotter seat than Judge in 2021. The Giants’ owner once said that everyone, including himself, is on a hot seat. The world knows exactly that owners cannot fire themselves but fire everyone else connected to them. The Giants camp has been wacky and wild. The team has experienced rashing and unexpected retirements, one practice fight making it difficult for Judge to kick off efficiently.

The Giants throttled in week five and lost to the Cowboys, and many wondered whether Judge was losing grip in New York. In week 7, the Giants dismantled the Carolina Panthers. However, Judge failed to win against the struggling Kansas City Chiefs but punched the teeth of the Raiders in week 9. It’s not sufficient to remove Judge from the hot seat as he sits at 3-6 on the season. He has a bye week to cool his heart by beating Tampa Bay.

The Chicago Bears are becoming competitive and have begun to win games. The situation has forced Nagy down one inch on the list. The Bears were up on their game to upset the Pittsburgh Steelers on Monday night. Nagy isn’t a bad coach but, as experts state, that marriage needs more than love to keep going. By the look of things, situations are getting darker in Windy City as Nagy has grown to be stubborn.

His stubbornness is evident after failing to respond to problems at the quarterback position. However, putting Mitchell Trubisky and the case of Nick Foles on his lap would be unfair. Nagy is not off the hook as he is solemnly responsible for holding on to Trubisky as a starter for long. If Andy Dalton didn’t suffer an injury early in the season, Nagy could have stuck with him as the starter. Justin Fields replaced Dalton, and it will take time for him to sharpen effectively.

The first experiment failed at QB in the post-Cam Newton era, and Matt Rhule rebuilt Sam Darnold. The wheels are coming off after a 3-0 start of the season. Darnold looks like the Jets version of himself and not a quarterback who can remotely carry the team with the help of Christian McCaffrey. The Panthers lost to New England on Sunday, and Donald proved not to be good at quarterback.  The defense squad has to do more as they are struggling to stop attacks despite the addition of Stephon Gilmore. In case Rhule doubles down with a second loss, difficult conversations will arise in Charlotte. However, things may turn out positively for Rhule by the end of 2021. Bridgewater failed, and Darnold’s experiment is failing wildly. We are yet to see whether the Panthers will give Rhule a third chance to try at a third QB in many seasons.

It is challenging to overstate the magnitude of a win after Meyer defeated Buffalo Bills holding them nine points. They needed the win since they couldn’t get out of their way until they defeated Miami Dolphins in week 6. A feather in his controversy dipped cap was evident during the Ohio party controversy. The dysfunction started after hiring and immediately firing Chris Doyle. Jaguars have won two of their last three matches, and one of the wins is upset over an AFC frontrunner. We have no option but to wish the above the best of luck. 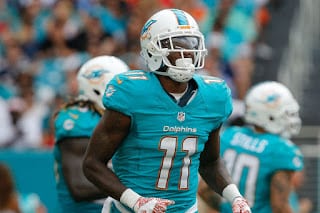 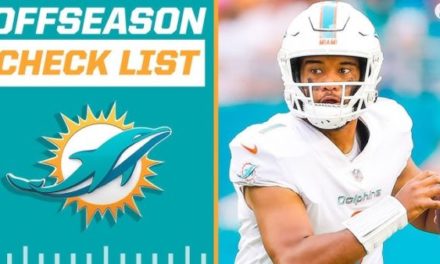 CBS SPORTS: Time to move on from Tua Tagovailoa? 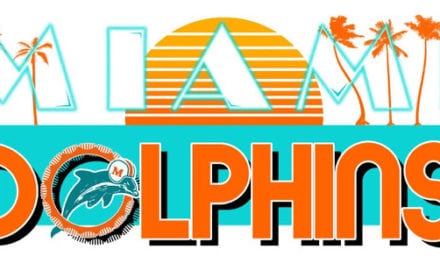