Pressure is On Tua to Perform This Year 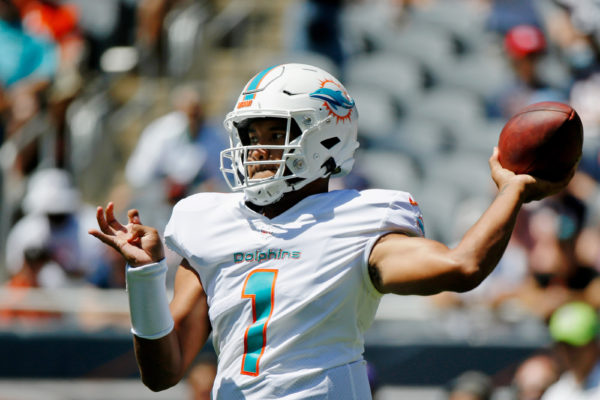 Last week the Miami Dolphins signed the best offensive lineman in the free-agent market and made a blockbuster trade by acquiring wide receiver Tyreek Hill from the Kansas City Chiefs. Both additions improved two areas of the offense that were major weaknesses last year. The Dolphins also upgraded the running back position bringing in Chase Edmonds and Raheem Mostert and signing guard Connor Williams and wide receiver Cedrick Wilson. The message this off-season was to improve the talent around quarterback Tua Tagovailoa, and it’s time for him to perform.

Tagovailoa is coming into his 3rd NFL, and teams typically know by the end of the 3rd season if they have their quarterback or not. Tagovailoa has played well at times but has also struggled at other times, especially against better opponents. Critics have said Tagovailoa doesn’t have the arm strength and has limitations in his game that will only take the Dolphins so far. Others have said the Dolphins hadn’t surrounded him with better talent, and both things might be true, but now it’s time for Tagovailoa to perform.

The AFC is loaded with quarterbacks in Patrick Mahomes, Josh Allen, Lamar Jackson, Deshaun Watson, Joe Burrow, Justin Herbert, and now Russell Wilson & Matt Ryan. Those quarterbacks are elite or on the verge of being elite and elevating their teams to championships, while the Dolphins don’t know what they have at quarterback. The Dolphins are mainly under the microscope because they took Tagovailoa over Herbert in the 2020 NFL draft, and he is putting up good stats. Yes, he has better talent around him, and for all of his stats, he has failed to lead his team to the playoffs, but he is considered the better quarterback, and it’s not even close.

Tagovailoa isn’t helped out by the fact that he has one of the worst offensive lines and running games in the league and an underwhelming receiving core. Last year, the Dolphins only had one touchdown pass of over 30 yards, which was the league-worst. Some will say it’s because of Tagovailoa’s arm strength. I personally can’t entirely agree with that. The Dolphins don’t have a lot of game-changers on offense like Mahomes, Allen, and Burrow have. Outside of Jaylen Waddle last year, who was the player that defenses had to look out for? The answer is no one. Because defenses focused on him, Waddle would get his catches but couldn’t do more after the catch. Plus, Tagovailoa didn’t have the time to allow him to throw the ball down the field with a poor offensive line.

General manager Chris Grier deserves a lot of blame for not surrounding him with better talent. Last year, Grier relied on Will Fuller, Devante Parker, Preston Williams, Albert Wilson, and Allen Hurns. Those guys had durability concerns or were coming back from a year away from the game because of opting out of the COVID pandemic. All guys were either injured or were inconsistent on the field with their play. This isn’t to excuse Tagovailoa’s play, but it doesn’t help a young quarterback if his supporting cast isn’t carrying their weight. Now Grier made a huge splash by getting a game-changing receiver in Hill that can open things up for other players on the team, like Waddle, and make this offense more explosive.

The problem is the offense won’t be better if Tagovailoa doesn’t play better. Last year, he played well, but he went up against weak competition as the Dolphins had one of the softest schedules in the league. When the Dolphins needed him to play better in a late-season game against the Tennessee Titans, Tagovailoa played horrible as he threw an interception, fumbled three times, and barely completed over 50% of his passes. In the process, the Dolphins lost any chance of making the playoffs. Tagovailoa has to play better in the big spot, especially this year, as they have a tougher schedule and play Allen twice; they will play Herbert, Watson, Jackson, and Burrow.

Tagovailoa played well in spurts, especially when the team won 7 games in a row when he was getting the ball out quickly and was efficient on offense. Most of those games were won because of the defense, and the Dolphins need their offense to carry their own weight and specifically Tagovailoa. The Dolphins need him to be more than efficient. They need him to make big plays in the passing game. He doesn’t have to throw the ball 40 times a game, but he does have to make his big share of throws in critical moments of the game with everything on the line. He has to prove he can do that.

The Dolphins have a new head coach in Mike McDaniel with a new offensive staff, and they have a reputation for being creative and having a physical football team that plays to their player’s strengths. Maybe this will help Tagovailoa out and perform better. If not, the Dolphins brought in Teddy Bridgewater to be his backup, but he is an upgrade over last year’s backup, Jacoby Brissett, and has been a starter in this league. If Tagovailoa doesn’t perform well, there will be a quick hook on him, and the Dolphins will have to find another quarterback next year. I’m a big Tagovailoa supporter, but he is coming into this season with a lot of pressure riding on him. Will he be up to the challenge, or will the Dolphins have to find someone else? 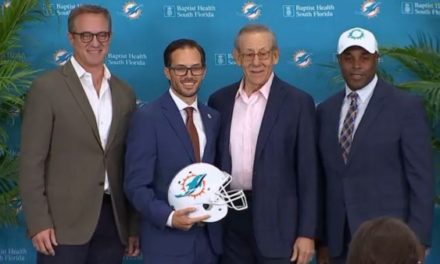 Will You Be Able To Watch the Dolphins on NFL Sunday Ticket in 2019?