Should Miami Jump and Offer Tua an Extension After This Season? 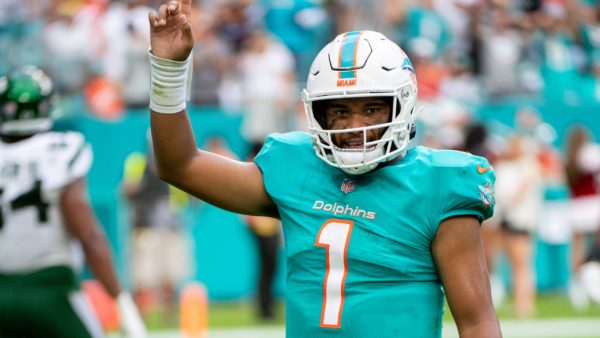 At this time Tua has yet to show he is a franchise quarterback for an NFL team. But in a theoretical sense, let’s say that Tua Tagovailoa thrives under Mike McDaniel’s new system over the next few years. Eventually, Miami would have to pay to keep their quarterback because you pay based on production. The way contracts are going, Miami should not wait till Tua’s 5th-year option to pay him if he proves successful this year.

If we look around the league, the way contracts are going, players who are under contract are forcing bad publicity for new contracts. Teams are overpaying players that are average to good. Every contract from star players is a record-breaking deal that puts strain on the salary cap and roster.

Football is a team game, and the Patriots showed the league that you need pieces on offense, defense, and special teams to keep a dynasty going. Tua is eligible for an extension after the end of his third year. Offering Tua a contract at the first eligible moment (per league rules) can lead to a team contract friendly would allow Miami to afford all those pieces and contend for years down the road.

Why Miami Should Take the Risk

The NFL has fallen in love with elite talent to carry a team to a Super Bowl. But this isn’t the NBA where we can credit a Michael Jordan with all 6 NBA championships. It takes all 53 players in the NFL to get to the Super Bowl and win.

• Weapons that can get open and make dynamic plays.
• Blocking for both run and pass schemes.
• A competent quarterback that can dissect what the defense is throwing at him.
• A pass rush to force the opposing quarterbacks into mistakes or create sacks.
• Run stopping players.
• Coverage players to stop other teams’ dynamic players.
• A reliable kicker that can make field goals.
• A reliable punter that can flip field position
• A special team unit that prevents or creates opportunities for field position or touchdowns during special team play.

All of these needs cost money and there is a history of when a team does not invest properly in all of those categories. For example, the last time a quarterback held more than 15% of the salary cap and made it to the Super Bowl was the Atlanta Falcons in 2016, when Matt Ryan’s contract took up 15.3% of the Falcons’ salary cap. They did not win. The Falcons have not been to the playoffs since 2017. Tom Brady is the quarterback with the highest cap hit at 12.61% in 2021. You cannot win a Super Bowl in this league without paying to fill the rest of the roster out as well. Paying Tua as soon as he is eligible potentially keeps his salary cap low and allows you to build a complete team around your Quarterback, giving a team the best chance to compete.

These quarterbacks had teams built around them and won or got to the Super Bowl. Then some teams have an elite-level quarterback but have a team built around them to succeed. People forget that Tom Brady constantly took a discount to build teams around him to succeed. Other “elite quarterbacks” were on rookie contracts or team-friendly deals when they had their success as they could afford to put pieces on offense and defense. Aaron Rodgers hasn’t been to a Super Bowl since his 2011 stint when Green Bay granted him a modest contract of 1$1 million a year. Mahomes was still on a rookie deal when he won the Super Bowl. Russel Wilson hasn’t been to a Super Bowl since 2014, when he was still on a rookie deal.

The point is offering Tua a team-friendly extension after this year when he is eligible is a low risk and high reward if Tua Tagovailoa shows modest improvement this season. If he’s not the guy, the contract is more disposable and doesn’t kill Miami’s cap in the future. If he is the guy, Miami opens their Super Bowl window a lot longer than most teams have and have more flexibility to build around Tua in the future.

Waiting till the last minute will only make the price to sign Tua skyrocket if he becomes a complete success after this year. Dak Prescott is the most recent example of an owner not being sure if he should pay his quarterback early, and the price for that is that the Cowboys could be losing a lot of crucial pieces to free agency in the future. Dak’s current cap hit due to reconstruction is $17 million and $19 million dollars over the next two years, but after it jumps to nearly $50 million dollars the following two years. Aaron Rodgers being another example, has a cap hit of $29 million this year, and that number gradually goes up to $59 million dollars over the next couple of years. When signing contracts, the cap hits for the future are also considered, and with players tending to want long-term, big-money deals, it makes negotiating difficult. Granted, the cap can be manipulated, but if the Dolphins jump on their chance to sign the young quarterback early as possible, they could avoid cap manipulation due to an expensive quarterback and focus on building a team. 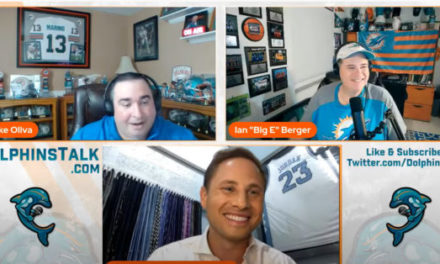 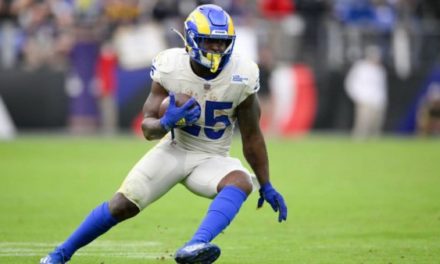 NBC Sports on Sony Michel Signing with the Dolphins 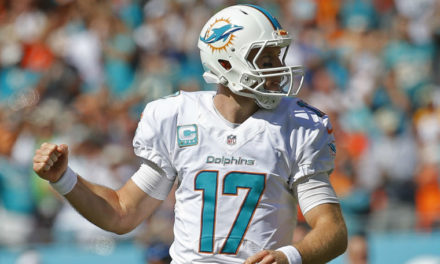 A Tannehill Revenge Game is so Possible it Hurts 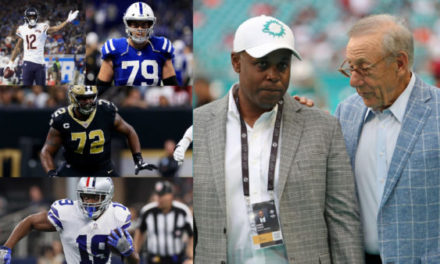 For the Dolphins this Free Agency Period Will be Different