The Miami Dolphins Offensive Line is Still a Problem 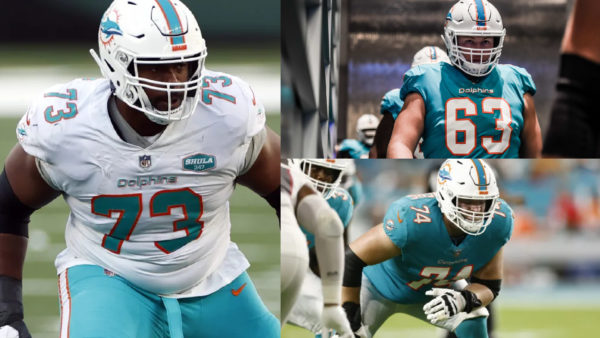 I am going to say out loud what all Dolphins fans are thinking but don’t want to admit.

The Miami Dolphins Offensive Line, even after the additions of Terron Armstead and Connor Williams, isn’t good enough.

I don’t think this offensive line is anywhere close to where it needs to be for the Dolphins to seriously contend for a playoff spot.

Now, with that said, I will throw in the disclaimer that it is only late April and the NFL Draft hasn’t taken place yet, and there is still time to add a player via trade or sign someone who is still a free agent who could be an upgrade over what we have.

But, if the Dolphins plan on sitting tight and not moving back into Rounds 1 or 2 of the draft to take an offensive lineman who can help in 2022 and do not plan on signing another free agent at center or right tackle who can push the guys we already have there, I think we are in trouble.

Yes, someone could fall into their lap at pick #102 and he could be a solid player who maybe surprises and is a starter this year, but that is wishful thinking.

Former Dolphins linebacker Channing Crowder on the Pat McAfee show last week said, in the NFL coaches and teams are too good they will find a weakness and expose it over and over again To quote Channing; “They Gonna Find the B*tch”. And right now opponents on the Dolphins’ schedule in 2022 are licking their chops to attack the right side of that offensive line.

THE ISSUE MIAMI HAS ON THE OFFENSIVE LINE

The 2021 Miami Dolphins offensive line was the worst in the NFL and maybe one of the worst offensive lines in the history of the league. It wasn’t just bad; it was historically bad.

And on top of that, per numerous reports, Miami is planning on having three of the five starters from this group that grossly underachieved last year be starters in 2022.

Unless Matt Applebaum is the second coming of Vince Lombardi, this is not going to work!

I know it’s unrealistic to replace all five starters on this offseason line, and I am not clamoring for that. But we need to replace more than just two.

And at the very worst, we need to bring in more bodies to push the guys we had here last season and not “hope” that new coaching and  “hope” a new “scheme” fixes the problems.

The right tackle position is the biggest weakness on this entire Miami Dolphins roster as we sit today And this offense is a house of cards entering the 2022 season if Austin Jackson or Liam Eichenberg is the starter there.

I’m not saying Jackson or Eichenberg should be cut and run off the team. But you cannot go into this season banking on one of those two becoming solid NFL starters. Maybe one or both will improve and take a giant leap from 2021, but you have to be prepared that neither does. And if neither does, and if they are the same player in 2022 that they were in 2021, then this Dolphins season is over before it started.

Let’s also look at this another way, if Terron Armstead were to go down to injury and have to miss time, Miami would be back with Austin Jackson and Liam Eichenberg as their starting left tackle and right tackle.

THAT IS NOT GOOD!

And Armstead, if you look at his career, has missed games and has seasons where he has missed a lot of games. This “possibility” isn’t far-fetched, and some would say it could be a “likely” scenario in 2022 for the Dolphins.

Let me be crystal clear, I am NOT saying Miami should go out and make some crazy trade or overpay for someone to come in at offensive tackle. But you have free agents like Brian Bulaga, Eric Fisher, Daryl Williams, Riley Reiff, and others who may be worth taking a shot on for a one-year deal.

If Jackson or Eichenberg make that leap and beat them out in training camp; GREAT! That is what we all want!

But the “WHAT IF” they are the same players this year as they were last year (new coach and scheme and all) is what should keep all Dolphins fan up at night.

No matter what you think about Michael Deiter, one thing you can’t argue is Miami has zero depth at center.

Last year the Dolphins signed Matt Skura in the offseason and then cut him in August. Only to scramble and have to trade for Greg Mancz later in August, sign Austin Reiter from KC, and constantly sign and release Cameron Tom from the practice squad for an entire season.

Michael Deiter missed time with injuries; it happens; this is the NFL. Let’s be honest, though, when he did play, he was adequate to underwhelming.

So, is Miami really going to enter the 2022 season with Michael Deiter penciled in at center and nobody to push him or contend for that job?

This is Michael Deiter we are talking about. Not Mike Pouncey or Dwight Stephenson.

The 2022 season is a huge season for the Dolphins in many ways.

It’s a make-or-break year for Tua.

It probably is Chris Grier’s last chance to prove he is the right man as general manager (he has only been with Miami in some capacity for 22 years and has only seen two Dolphins teams make the playoffs, and neither time did they win the playoff game.)

And we are “putting the band back together” on the offensive line by keeping three starters? REALLY?

I know Armstead and Williams help, I understand that those two on the left side does make this line better. But the right side of the line isn’t good enough.

It’s still late April; the draft is in a few days. There are still numerous free agents who can help. I pray Miami makes a move of some sort because right now, this offensive line isn’t good enough for Miami to make the playoffs in 2022.

And that isn’t a prediction….. it’s a SPOILER! 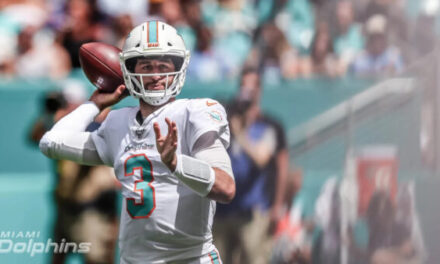 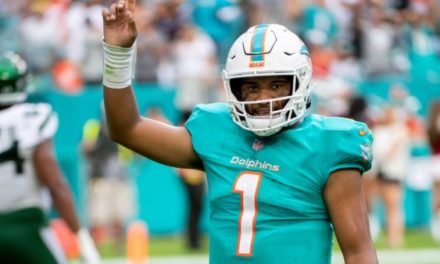 What is Success for Tua this Year? 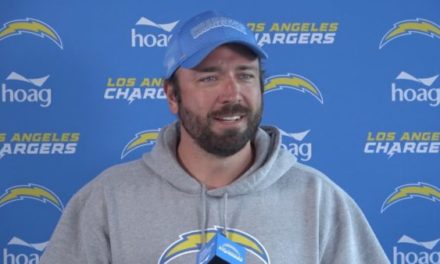 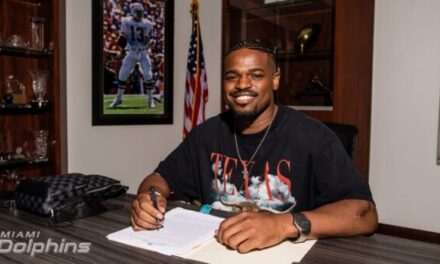