3 Questions that Will Determine the Dolphins Season 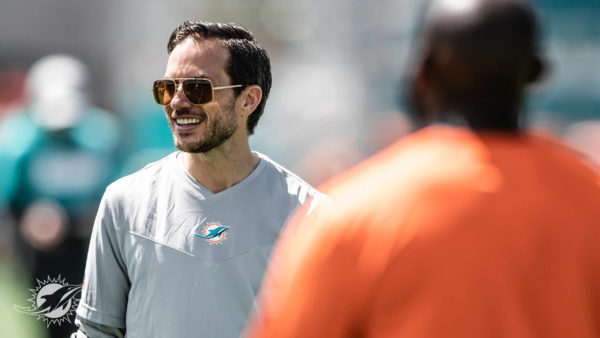 There is a lot of excitement surrounding the Miami Dolphins following a busy offseason coming off of back-to-back winning seasons. With the release of the team’s schedule last week, fans have been busy playing the win-loss game to predict the team’s 2022 record. Of course, nobody can predict how the season will turn out, but three burning questions will go a long way in determining whether Miami can get back to the playoffs.

1) How is Mike McDaniel as a Head Coach?
Mike McDaniel was named the Miami Dolphins franchise’s 14th head coach, and McDaniel has an impressive resume working in the NFL. In 2005 McDaniel got his first NFL job working for the Denver Broncos at the age of 22. Since then, he has worked for the Texans, UFL’s Sacramento Mountain Lions, Washington Redskins, Cleveland Browns, Atlanta Falcons, and the San Francisco 49ers. As impressive as McDaniel’s coaching resume is, there is no way of knowing how he will be as a head coach. There is no questioning McDaniel’s intelligence; as a Yale graduate McDaniel has been called an offensive genius, and most recently by wide receiver River Cracraft being called the smartest person everywhere he goes. The question is what type of head coach McDaniel will be, how will he handle in-game adjustments and decisions, and how his team responds to adversity with him as the leader. Is he going to go for the 2-point conversion late in the 4th quarter to win the game, or will he take the extra point to tie and send the game to overtime? Will he go for it on 4th down from the opponents 45-yard line, or will he call for a punt to try and pin the opponent deep in their own territory? How will he adjust after some of the good coaches he will go up against strategically take away the strength of the team and don’t allow the offense to do what he wants? After the team loses 2 or 3 games in a row, will his player-coach and easy-going personality start to wear off, and his message no longer gets across, or will it allow players to remain loose and bounce back quickly? These are all questions that I have and will go a long way in determining how this season looks at the end of the year.


2) Is this the season that Tua Tagovailoa takes the necessary step?
It’s no secret that quarterback Tua Tagovailoa hasn’t lived up to his draft status yet. He hasn’t played horribly, and the team has won games with him as the starter, but this team is built to win now. Is Tua the quarterback that will lead this team to the playoffs and end the drought of over 20 years without a win? If you follow Per4orm on Twitter (Tua’s trainer), you will see the amount of work Tua has put in this offseason and the muscle he seems to have gained, and the extra zip on his passes. This is Tua’s first “regular” offseason in the NFL. Prior to his rookie season he was still recovering from the horrific hip injury he suffered in his final year at Alabama. Last offseason he was working on gaining strength back and working on mechanics. This offseason, Tua hasn’t had to worry about recovering or strictly building strength, instead he has been able to focus on improving his skillset as well as build strength, slim down, and work on his mechanics. The clips we have seen from Per4orm of Tua working out and the clips we have seen from the Miami Dolphins social accounts (aside from the under throw video) have reflected that. San Francisco was able to make it to the Super Bowl and two Conference Championship games with Jimmy Garoppolo as their quarterback under Shanahan and McDaniel’s offense, thanks to having the #1 rushing attack and a good defense. Can Tua be more than a quarterback along for the ride and instead be the reason the team is winning games? Because if he is, then this team will be a playoff contender and a Super Bowl contender this season. I believe this is the year we see Alabama Tua in Miami, and whether it’s fair or not, it has to be otherwise; Miami may look to move on next year, having two 1st round draft picks in the 2023 draft.

3) Can the defense become top 5-10 unit?
The strength of this Dolphins team is undoubtedly its defense. The Dolphins’ last two seasons have won a combined 19 games primarily due to the defense’s ability to force turnovers and keep opponents out of the endzone. With that said, the defense ranked middle of the pack in total yards (18th), points (17th), passing yards (17th), and rushing yards (19th). The team was 8th in takeaways which helped keep the team in games. After the week one win against New England, the Dolphins didn’t hold their opponent under 23 points during the 7-game losing streak. During the following 7-game winning streak, the team only surrendered more than 17 points once (week 15 vs. Jets). A lot has been made about the Dolphins’ win streak and dominant defense coming against lesser teams and quarterbacks, but a similar argument can be made that during the 7-game losing streak, Miami was without Tua for basically four games. Miami lost 3 of those 4 games without Tua by double digits. It is very tough for a defense to contain an opposing NFL offense for an entire game when their own offense is continuously putting them on the field in short-yardage situations thanks to turnovers or not giving them rest due to the inability to sustain drives. Miami’s defense has all the makings to be a top 5-10 unit and returns nearly everyone from the previous season, as well as adding rookie linebacker Channing Tindall and 3x Pro-Bowler Melvin Ingram. If Miami’s offense can sustain drives, a rested Dolphins defense will cause problems for the opposition. Miami went 9-8 last year with a middle-of-the-pack ranked defense; how many games can they win if the defense becomes the top 5-10 unit it is built to be? 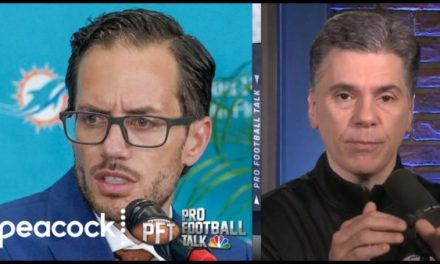 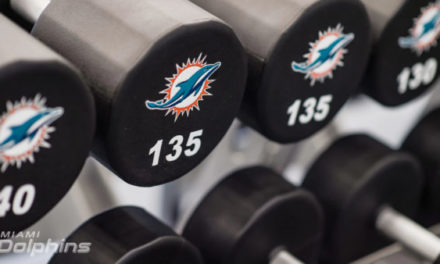 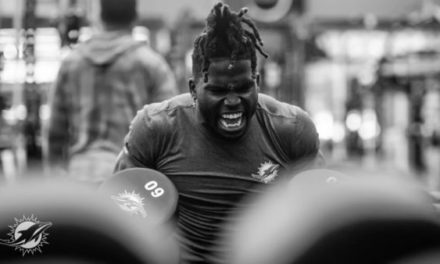 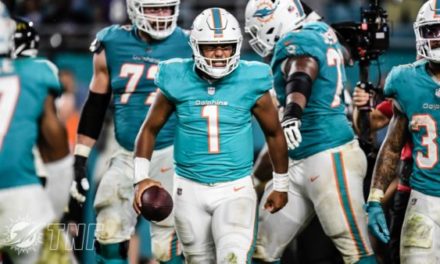