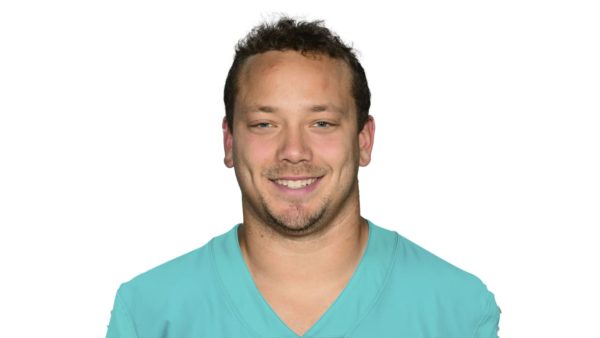 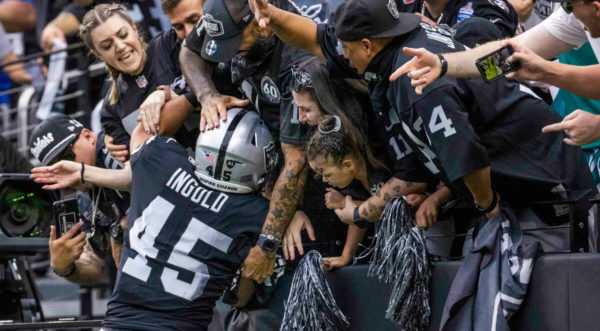 The fullback position has gone from a quintessential position for any successful football team to a gadget player who might play less than ten snaps a game on some teams while others might not roster one at all.

This offseason, Miami hired running game extraordinaire Mike McDaniel to be its new head coach, and with him comes a new running scheme that includes a fullback. Not long after, the Dolphins signed Alec Ingold to a two-year, $6,500,000 contract with $3,500,000 guaranteed to fill the coveted fullback position in McDaniel’s offense.

Ingold, who is coming off a torn ACL, is heading into his fourth season after signing with the Raiders as a UDFA from Wisconsin. The fullback position isn’t a volume position, so Ingold’s stats aren’t going to blow anyone away. However, having a fullback, specifically for a team led by McDaniel, is vital to having a solid and diverse running game.

By looking at both what Ingold did with the Raiders and how the 49ers used fullbacks, we can draw a detailed picture of how Ingold can add value to the Dolphins despite playing a position now notorious for being a luxury.

Who will have more rushing TDs in 2022? - Powered By PickUp

Ingold’s impact as a blocker

Football is a numbers game — especially on defense. Defenses stop the run by properly accounting for gaps, and with a fullback or a tight end, the offense adds another player the defense has to account for.

McDaniel is bringing the infamous “outside-zone Shanahan offense” to Miami, which will undoubtedly be an upgrade over Miami’s last offensive system. However, that offense is sweeping the NFL right now, meaning defenses are starting to adapt and counter it.

They’ve started implementing “tilt fronts,” which is a defense with six defensive linemen on the line of scrimmage. The Patriots used this defense to dismantle another Shanahan-inspired offense when they beat the Rams in the Super Bowl. This eventually forced both McDaniel and Shanahan to adapt.

Their answer? More fullback. They decided to use renowned fullback Kyle Juszczyk to help their numbers against the “tilt” front, and it worked. The 49ers ranked seventh in total rush yards last season but ranked first with 209 rushing attempts in 21 personnel — two backs, usually a fullback, and one tight end, per Sports Info Solutions.

In those 209 attempts, they picked up 981 yards, which is almost 4.7 yards per carry. The Dolphins averaged 3.5 yards per game as a team last season. The 49ers also ranked near the top of the NFL in rushing attempts from an “I formation,” another good indication of fullback usage.

Defenses were prepared to stop the free-flowing outside zone concepts that McDaniel helped Shanahan perfect but instead were punched in the mouth by a team suddenly willing to bully opposing defenses with power-run concepts.

Ingold isn’t as proven as Juszczyk, but his role will be the same and equally important. He will allow McDaniel and the Dolphins to throw changeups at opposing defenses. They will spend all week preparing for an outside zone-blocking scheme but will also have to deal with some power-blocking concepts.

This play is an excellent example of what Ingold can do as a lead blocker — he packs a punch.

Ingold is a good run blocker and should be good enough to help diversify Miami’s running scheme this coming season. The bigger question is how Ingold handles being on the football field more.

Ingold has the skills to fill Juszczyk’s shoes for McDaniel, but he will have to handle significantly more responsibility this season.

Ingold’s ability as an offensive weapon

Ingold’s impact on the passing game and running game is much simpler to examine. It will be largely minimal both in the box score and when it comes to the scheme, except for some surprise plays.

Despite that, Ingold will likely be dealing with a slight increase in passing targets this season. Again, it’s appropriate to use Juszczyk as a baseline for what Ingold’s role could look like. He finished with 30 receptions on 38 targets last season, while Ingold finished with ten receptions on 12 targets.

In those opportunities, Ingold ended up with a 64.8 PFF grade and 8.5 yards per catch, which at least points to competency and upside in his receiving abilities.

I don’t expect Alec Ingold to get a ton of targets in Miami’s offense, but he could account for an explosive play here and there. pic.twitter.com/gJwlO378mi

This play shows what Miami can do with a fullback pretty well, especially when they have solid hands like Ingold. He was just slipped out of the backfield on a play-action fake, yet another wrinkle to a core McDaniel concept. Nothing groundbreaking, but it keeps defenses off-balance.

Miami has a plethora of other pass catchers who should be getting more touches than Ingold. With that said, don’t underestimate his ability to make a couple of big plays this season.

As for running the football, Ingold will not put up numbers in that arena either, and Miami already has a logjam in the backfield. However, where Ingold can specifically help is in short-yardage scenarios.

The Dolphins finished 14th in the NFL last season in conversions on third and one when running the football. Not horrible, but it could definitely be improved, and it’s something Ingold can help with.

This run looks like nothing, and it basically was. However, Ingold got the first down and extended the Raiders’ drive. It’s a small and obscure role that will likely still include a low volume of chances, but every little bit helps.

The easiest way to explain Ingold’s specific role in Miami’s offense is to reference everyone’s favorite sport, baseball. Ingold is a changeup.

He will allow McDaniel to mess with, adapt to, and counter opposing defenses, which is incredibly valuable despite a probable low usage rate. Any good pitcher will tell you how important it is to have an answer for a hitter who has their number, and Ingold can be that for McDaniel.

It won’t show up in the box score a ton, and Ingold’s name won’t get called much even if Miami’s run game improves from last season, but he will likely play a vital part in it regardless. 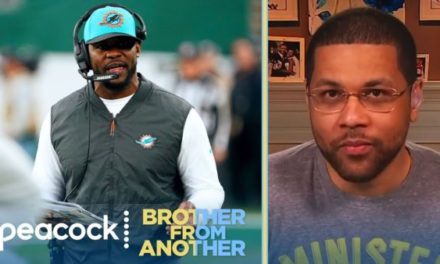 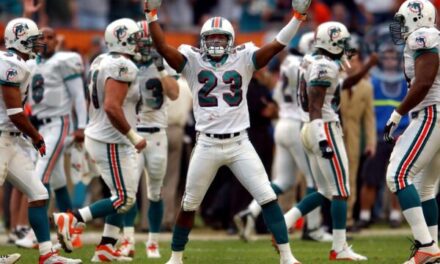 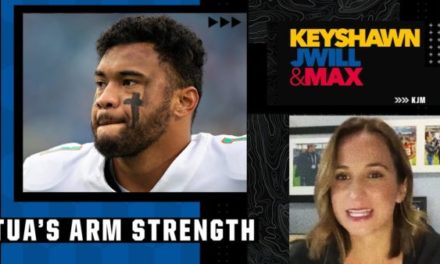 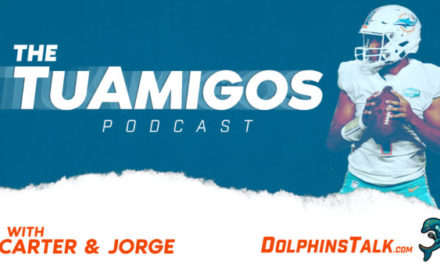