What Channing Tindall Brings To The Dolphins 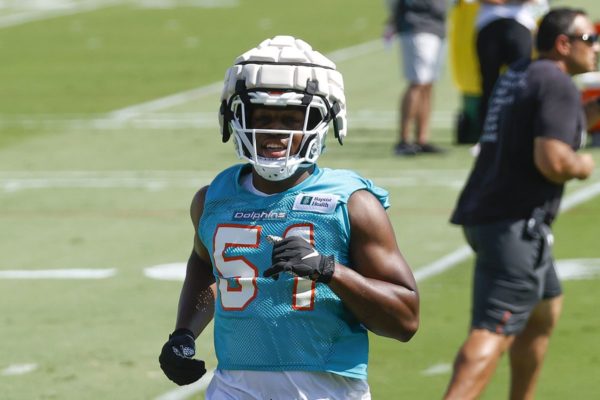 If there was one area I felt the Miami Dolphins needed to upgrade, it was their linebackers, especially the inside linebacker position. The Dolphins elected this year to bring back Elandon Roberts, Duke Riley, Sam Eguavoen, and Calvin Munson. All these players resigned on one-year contracts, so the Dolphins obviously like them but don’t love them.

For the last few years, Roberts has been a good player and is the leader of this group, but it’s his third year; he has come back on a one-year contract and is an excellent two-down linebacker. However, he’s a liability in pass coverage. Riley is a journeyman player who excels on special teams and does well when needed on defense. Eguavoen and Munson are basically special teams players and, frankly, fringe players to make the roster. Jerome Baker is a very good outside linebacker, but that’s where he plays on the outside, where he is fast to blitz the quarterback and cover the running back out of the backfield.

The Dolphins committed a lot of their resources this off-season to the skills positions on offense, which they needed to do. The Dolphins led the league in salary cap space, so they spent money there and made an aggressive trade for wide receiver Tyreek Hill from the Kansas City Chiefs, in which they traded five draft picks, including their 1st and 2nd round picks this year, and gave him a new contract with $70 million guaranteed. That trade meant the Dolphins weren’t going to pick until the 3rd round of the draft, and their options would be limited with who they would pick.

Georgia had a lot of players drafted on defense this year, including 5 in the first round. With their first pick, the Dolphins drafted inside linebacker Channing Tindall from the University of Georgia. In fact, two other inside linebackers were drafted before Tindall in the first round. No disrespect to Tindall, but with him not being the first inside linebacker drafted from his own team, it makes me wonder if he is a talented project, or is he just another body being drafted from a great defense? It does beg the question; did all of these talented players complement each other on defense, and can they thrive on their own in the NFL?

Tindall is 6’2″ tall and 230 lbs; he has excellent speed and athleticism, which the Dolphins need at the inside linebacker position. With the Dolphins resigning their inside linebackers from last year, it also begs the question of how he will fit in his first year. The Dolphins shouldn’t count on Tindall immediately, which isn’t bad because all drafted players develop differently, and the roster dictates how much they play. I think it’s realistic for Tindall to contribute mostly on special teams this year. He was an excellent special teams player at Georgia, and the Dolphins need an extra boost on special teams because their coverage teams weren’t as good last as in the past.

I guess my expectation for Tindall is like Jevon Holland’s rookie season. He started the year playing special teams, but he slowly worked his way into the lineup. Then an injury to Jason McCourty open the door for Holland to play more, and he played better each week to the point that he is the starting safety moving forward. Tindall is in a similar situation because he has Roberts returning as the starter and Riley behind him. That could change if he plays better in training camp than the other guys, but it’s not something that should be counted on. However, that doesn’t mean he can’t contribute on defense this year. Maybe the Dolphins can spot play him, or God forbid an injury comes up, and Tindall has to contribute.

There is one way the Dolphins could use Tindall. With his speed and athleticism, the Dolphins could use him on the field as a spy for the more athletic quarterbacks, like Josh Allen and Lamar Jackson. The Dolphins have struggled mightily against Allen since he has come into the league, and that’s nice considering they play him twice a year, and the defense has had no answer for him. Maybe Tindall could be used in that way? Tindall is good at diagnosing running plays and running sideline to sideline. Still, perhaps he could be used as a spy on the quarterback, especially since the Dolphins play Jackson and Allen very early in the season. The way I look at it is the Dolphins have nothing to lose, especially against Allen, until he gets more experience under his belt on the field.

Tindall is a talented linebacker. I don’t know what to expect in his first season with the linebackers returning on defense, especially to start the season. I would expect him to make his impact on special teams and slowly work his way onto the field on defense. There’s nothing wrong with that, in my opinion. 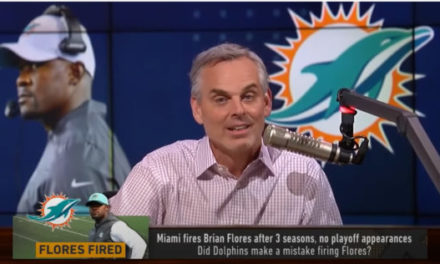 Cowherd: Every Head Coach Without a Star Quarterback Get’s Fired in the NFL 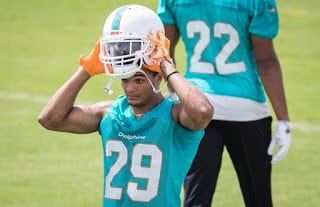 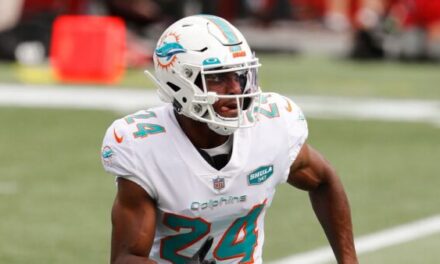