Did the Dolphins Do Enough to Improve the Defense Since Last Season?

I know the overriding belief amongst Miami Dolphins fans is, “the defense is fine, nothing to worry about.” But is that truly the case?

This is a defense that, outside of Lamar Jackson, didn’t beat one what you would call “good” quarterback last year.

The defense was a big reason the team got to that 1-7 record.

It is a defense that had trouble stopping the run and had poor linebacker play.

The only significant additions Miami made this offseason on that side of the ball were a 3rd round pick in Channing Tindall and a situational player in Melvin Ingram.

Did the Dolphins do enough?

I stated at the start that this defense in 2021 took advantage of beating some awful quarterbacks.

Mac Jones (rookie, and I know he led the Patriots to the playoffs, but he was still a rookie)

And on the flip side, all of the what you would call “decent” quarterbacks Miami played, they lost to.

The only outlier is Trevor Lawrence, who isn’t any good but still found a way to beat the Dolphins.

I bring this up because I am not sure the Dolphins’ defense was good or great in 2021. I think they took advantage of playing lackluster quarterbacks who weren’t a threat to beat them.

Who will lead the NFL in REC yards this season? - Powered By PickUp

THE RUN DEFENSE WAS UNDERWHELMING

If there was one truth last year is that teams had a field day running the football against the Miami Dolphins.

One of the reasons why the Dolphins got off to a slow start was they couldn’t stop the opponents’ running game at all, and it was a problem that carried over to the second half of the year.

What did Miami do to solve this problem this past offseason?

Bring in a big run-stuffing defensive tackle to go alongside Raekwon Davis and Christian Wilkins? NO, they did re-sign John Jenkins and brought him back, though.

Revamp their linebacker unit and bring in some upgrades to help solve this issue? Well, they drafted Tindall at the end of Round 3, but other than that, they re-signed every other linebacker from last year’s squad that was the root cause of this problem.

You can make the case the Dolphins did almost nothing to address this issue.

The Dolphins have an elite secondary; let’s get that out of the way. No analyst or person of sound mind can say this group isn’t outstanding.

Xavien Howard, Byron Jones, Eric Rowe, Brandon Jones, Jevon Holland, and Nik Needham are as good as it gets.

But they did lose Justin Coleman, and Miami didn’t add another CB to replace him.

They are banking on Trill Williams to take a leap in year two or Noah Igbinoghene to do anything.

The point is, Nik Needham can’t back-up everybody. If Howard or Byron were to miss time, sure you can move Nik Needham in their place on the boundary to replace them. But who is your nickel CB then?

I’m not here saying Justin Coleman was a great player and loss for the Dolphins; he wasn’t. But he was a proven and capable NFL player who could hold his own on an NFL field.

Who steps into that role in 2022? Do we have that guy on the roster?

But let’s not lie to ourselves. There is no depth at defensive tackle, they brought back essentially the same group of linebackers as last year, only adding a 3rd round pick to the mix, and the depth at cornerback isn’t anything to write home about.

We also can’t ignore the fact that Brian Flores, a defensive guru, is no longer in the building.

I think this defense will be good in 2022, but I can’t lie, and I wish they had done more to address this side of the football over the past six months. 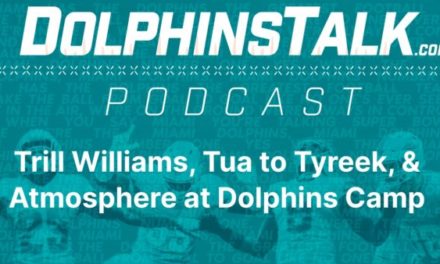 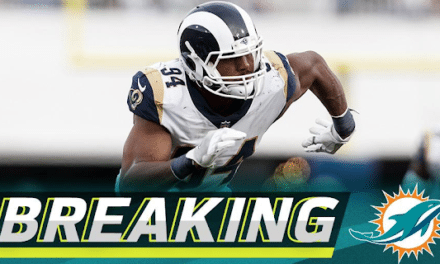 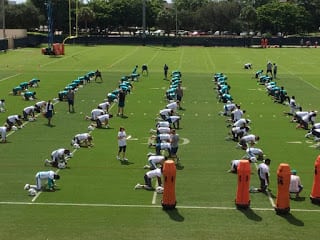 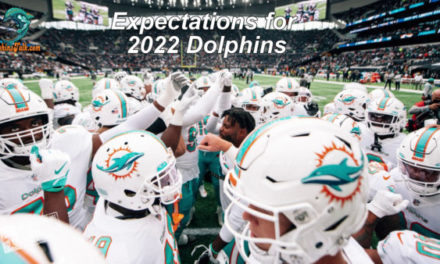