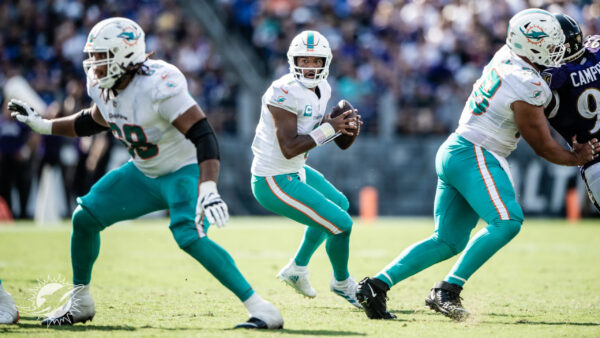 So, this weekend was interesting.

The Dolphins went on the road and completed a 21-point comeback victory against the Baltimore Ravens. That was, of course, helped along by Tua Tagovailoa’s career-best performance that included 469 yards passing and six passing touchdowns.

Those numbers are nuts, and they’ve vaulted Tagovailoa to the top of most major passing categories.

The main question we’ll try to answer is if Tagovailoa’s stats hold up on film.

You’ll notice that Tagovailoa’s long touchdown passes to Tyreek Hill aren’t included in this piece. The reason for that is actually quite simple — they’re not worth breaking down in detail.

That’s not to take away any credit from Tagovailoa by saying that. They just aren’t worth going into detail about. Neither play even qualifies as one of his top-five best throws from Sunday’s game.

They can be summed up like this. On the first one, Hill blew past the corner. The Ravens blew their coverage on the second one. Boom. Done.

It’s a step in the right direction for both Tagovailoa and the Dolphins’ offense, and everyone deserves credit for that. However, as an evaluator, they tell me nothing about Tagovailoa other than “he’s capable of hitting wide open vertical routes,” which, frankly, was something I knew already.

Just like last week, I’ve got a deeper All-22 breakdown for your viewing pleasure.

This week’s video is on Tagovailoa’s touchdown throw to Mike Gesicki in the back of the endzone. This throw stood out so much because it was a throw that required accuracy, anticipation, and arm strength, and Tagovailoa nailed it.

I won’t spoil any of my other conclusions, but let’s just say this throw impressed me ten-fold.

Ironically, one of Tagovailoa’s other most impressive throws was also to Gesicki. Unlike the one above, this throw came early in the game before Miami’s offensive onslaught had taken effect.

Tagovailoa’s anticipation in the middle of the field just continues to impress.

The Ravens appear to be in man coverage, and Gesicki draws a smaller slot cornerback. He does a great job winning inside leverage off the line of scrimmage, opening up a window for Tagovailoa to throw the ball.

On the end zone angle, you can see Tagovailoa start to his left and then come back to his right. He does a tremendous job leading Gesicki away from the underneath linebacker in zone coverage.

The end zone angle provides a great view into just how tight the throwing window was for Tagovailoa. It’s also important to note how he lets the ball fly before Gesicki even crosses the underneath defender.

It is just an incredibly accurate ball and definitely qualifies as “throwing your receiver open.”

This is high-level quarterback play, and just like we talked about last week, if Tagovailoa can be this accurate in the middle of the field, the Dolphins will continue to find success there.

(Apologies for the video quality on this one. Technology was not my friend this week.)

In last week’s article, I mentioned how Tagovailoa needed to do more out of structure. He’s always been good at avoiding pressure, but he’s struggled to actually make defenses pay once he does.

Well, this play is at least a glimpse into what Tagovailoa can do in condensed parts of the field outside the pocket. He does a great job spinning away from pressure, escaping to his left, and then throwing an accurate ball for the clutch touchdown.

Is this a wow play? No, but it’s a damn good one, and it shows some potential improvement in one of Tagovailoa’s weaker areas.

River Cracraft also deserves credit for working his way all the way across the field to where Tagovailoa could even find him.

The next step is for Tagovailoa to do stuff like this more consistently. He’s capable of avoiding pressure, but he needs to keep his head up and test some more downfield windows when he does.

That’s right, we’re adding a new category this week. This is where we’ll look at some plays that aren’t quite “good” but also not “bad.”

This play stands out for a couple of reasons. Mainly, if Tagovailoa makes the most opportune read on this concept, he ends with more than 500 yards and seven touchdowns.

The Ravens appear to be in a cover-three look, and the Dolphins have Hill and Jaylen Waddle at the bottom of the screen.

Waddle runs an in-breaker and gets open rather easily, with the cornerback playing soft and the middle of the field being open. Tagovailoa delivers a catchable pass, and Waddle gets some YAC.

It’s a good play for Tagovailoa; however, it’s not the best play.

If you pause the video at five seconds, you’ll see the centerfield safety open his hips towards the left sideline. Hill is running a post route toward the right sideline, and Tagovailoa has a clean pocket.

Any coach or quarterback will tell you the correct thing to do is read the middle of the field safety, and if they open to the wrong side, throw the post.

Tagovailoa doesn’t and instead throws a perfectly fine pass to Waddle. What’s crazy about Tagovailoa’s numbers from Sunday is there was still meat on the bone.

I imagine this will rub some the wrong way, but I’d argue it’s a good thing Tagovailoa generated so many big plays despite having a poor first half and missing a few like this one.

It means he’ll have plenty of opportunities during the season to keep hitting big plays!

Here, we have the other side of the coin. In this column, we explore it all. We pick out the good plays when Tagovailoa plays poorly, which means we have to pick out the bad plays when he plays well. It’s just the nature of the beast.

Besides his six touchdown passes, Tagovailoa also threw two bad interceptions in the first half. This is the first one, for which Marcus Williams deserves some credit because he made an impressive catch going to the ground.

However, this harkens back to an issue raised in last week’s column. Tagovailoa still gets stuck on his first read too easily. Hill is bracketed and running a comeback route.

Miami was hoping the motion at the snap by the tight end, and guard would sell the Ravens defense on run, but it really doesn’t. Everyone stays home on Hill’s side of the field.

This is a long throw and because Tagovailoa takes a deep drop and takes time to reset himself, he ends up firing this pass late and into double coverage.

He has to come off of Hill when teams bracket him like this in the future.

This interception was caused by essentially the same issue, but this one is slightly — and I mean slightly — more excusable.

The Ravens drop seven into coverage, and Tagovailoa is trying to target Waddle, who appears to be running a corner route, but ends up having to change his route once the ball is thrown.

Tagovailoa tries to look off the deep safety at the snap by putting his eyes to the right off the snap. However, the safety isn’t remotely fooled and never comes out of position. Tagovailoa doesn’t check that for when he comes back to his left and lets the ball fly, leading to the INT.

Ironically, I actually think he overthrew this ball a little bit because Waddle looked like he was gonna turn to the sideline out of his break but had to course correct.

Tagovailoa decided he was going to Waddle presnap, tried to move the safety, failed to do so, but threw the ball anyway.

The reason this INT is a little more excusable is that Tagovailoa is playing with an aggressive and confident mentality. Looking off deep safeties and firing deep vertical routes isn’t something Tagovailoa tries often, so seeing him do that is nice.

However, this wasn’t the time for it, since the safety clearly wasn’t buying what he was selling.

Last week, I wrote that Tagovailoa looked essentially the same as last season. After the first half of Sunday’s game, I thought I’d be writing the same thing this week.

But I’m not. Tagovailoa played the best game of his career on Sunday and showed legitimate improvement in a lot of important areas. His resolve to bounce back and make several key throws, along with the easy ones, was impressive.

The ceiling for Tagovailoa’s play was always the Cardinals game from 2020. Now, it’s this game. It’s a step in the right direction, and he should be applauded for it.

However, just like last week, I won’t be overreacting to this performance. He played well and took a step in the right direction, but there is absolutely no reason to crown him as the next big thing.

With that said, this performance does increase my confidence in his potential to reach that next status of quarterback play.

He’s still the same player he’s always been with the same strengths and weaknesses, but this week showed how high the ceiling of his strengths is when he raises the floor on his weaknesses just a little bit. 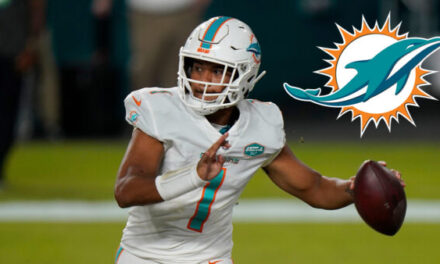 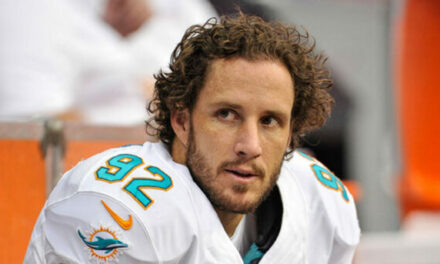 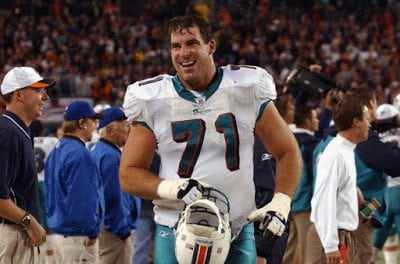